To test graphics cards for both their power consumption and temperature at load, we utilize a couple of different tools. On the hardware side, we use a trusty Kill-a-Watt power monitor which our GPU test machine plugs into directly. For software, we use Futuremark’s 3DMark to stress the card, and GPU-Z to record the temperatures.

To test, the area around the chassis is checked with a temperature gun, with the average temp recorded. Once that’s established, the PC is turned on and left to sit idle for five minutes. At this point, we open GPU-Z along with 3DMark. We then kick-off a full suite run, and pay attention to the Kill-a-Watt when the test reaches its most intensive interval (Fire Strike GT 1) to get the peak wattage. 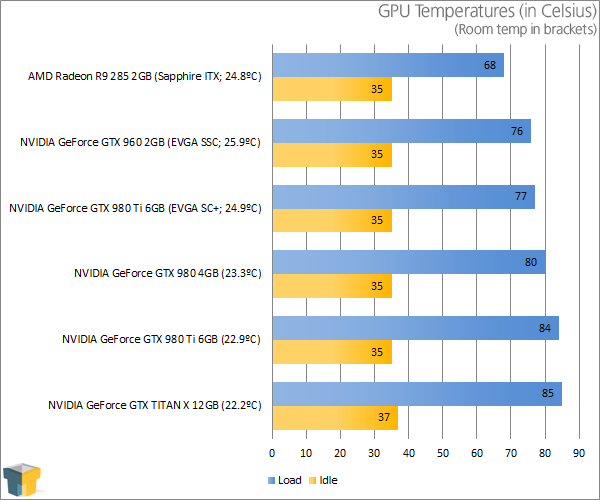 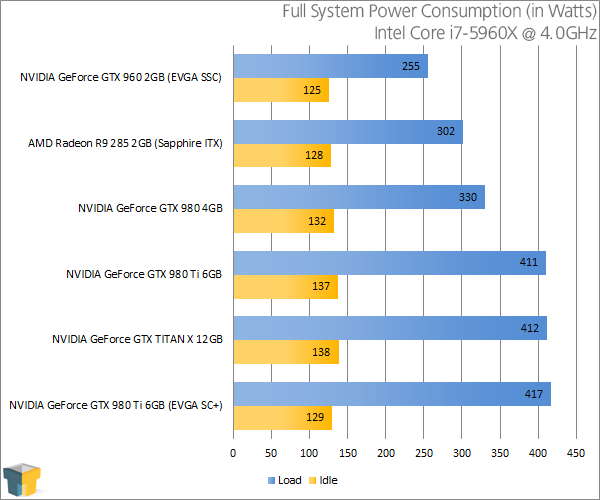 Despite its clock boost, EVGA’s ACX 2.0 cooler managed to shave 7°C off of the peak temperature of the reference model – and in a room that happened to be 2°C warmer. Admittedly, that’s not too surprising, but what is, is that even with the ~10% performance boost, EVGA’s card drew only 6W more than the reference card, and 5W more than TITAN X.

When I got down and dirty with overclocking the reference 980 Ti, I had no idea just how much time I’d end up spending eking out as good of a clock as possible. As I’ve covered in dedicated overclocking articles, I don’t settle on an overclock unless I deem it be 100% stable. Sometimes, that means I end up having to go back to the drawing board, spending more time figuring it out. Well, when all said and done, I spent even more time overclocking EVGA’s card.

Even when finished, I felt like I could have pushed things a bit further, but alas, I had to stop somewhere. That somewhere is +150MHz core and +350MHz memory.

Before settling on these clocks, I had thought that +160/+400 was rock stable. Fire Strike was passing without issue, and so did Crysis 3 at max detail for 15 minutes. After a reboot, though, Fire Strike decided to halt during its run, forcing me to tweak further. That’s the “fun” with overclocks – what seems stable at first glance might not be stable at all, and you sure don’t want to find out about an instability in the middle of a game.

Given just how stable those higher clocks did feel, though, I wouldn’t be surprised if others managed to hit it just fine. But, it’s not like I can complain about another 150MHz on the clock, and fighting tooth and nail to stabilize that extra 10MHz is hardly worth it.

With these stable clocks in hand, what kind of performance gain do we see? Well, quite a good one, actually. In fact, the overclock on this card even managed to beat out the stable overclock I hit with TITAN X in the Fire Strike 1080p test. TITAN X’s 1440p and 4K scores still manage to come ahead of the EVGA overclock – those extra cores must be put to great use. 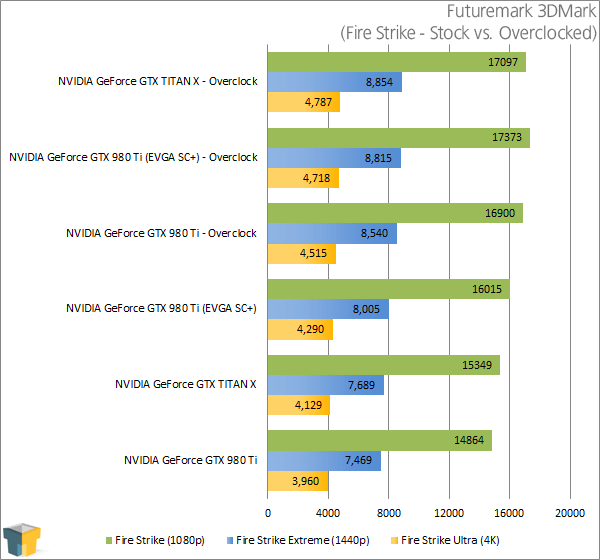 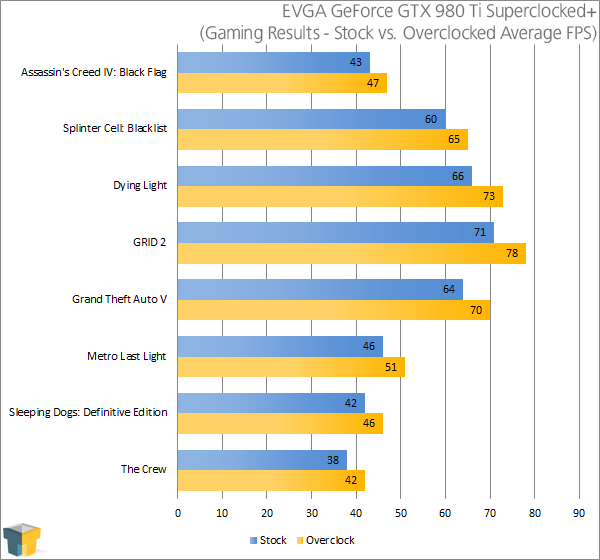 EVGA’s 980 Ti Superclocked+ provides a nice performance boost over reference on its own, but applying our achieved overclock makes another notable improvement. GTA V rose from 64 to 70 FPS, while Dying Light went from 66 to 73 FPS. Note that not all of the games here were tested with the same settings from our regular testing or Best Playable – in some cases (such as with Black Flag), I cranked the detail levels to put some extra stress on the card.

Overall, I’d say that this overclock is worth it. Even if you wanted to be really modest and just stick to +100 and +250MHz, it’d be worthwhile.

As I mentioned in the intro, I called NVIDIA’s GeForce GTX 980 Ti the “new King” of high-end GPUs last month, so it’s pretty hard to go wrong with a solution that builds off of that, cranks the clocks even further, and decks it out with an improved cooler. EVGA’s Superclocked+ GTX 980 Ti is a great card.

The GTX 980 Ti in general is such a powerful card, it’s best-suited for those who want to top out their game detail levels at 1440p, or delve into 4K gaming. For an “ideal” 4K experience, which means not having to sacrifice detail levels, multiple cards will be needed. But, one 980 Ti is luxury enough, so if you’re willing to sacrifice some detail levels (and still have great-looking gameplay, it should be said), one card will prove more than suitable. 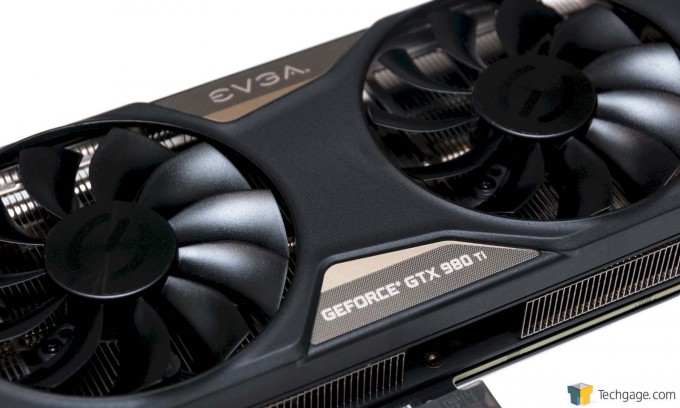 The biggest question that arises when dealing with a card more expensive than SRP is: “Is it worth it?” What EVGA’s Superclocked+ brings to the table are boosted clocks that deliver a worthwhile boost to performance, a backplate, a cooler that allows the card to run cooler than the reference model, improves overclocking, runs quiet even when under stress, and has a great design to boot (good cooler design, nice touch with the rubber inserts to protect the ports).

If you don’t want to fiddle with overclocking, I definitely think the $30 premium on this card is worth it, because it’s in effect a 5% price premium for a 10% gain in performance. If you’d rather overclock yourself, EVGA also sells an ACX 2.0 model that’s priced at SRP, but lacks the backplate, and happens to be constantly out-of-stock. But, if you can find it in stock, it’s another great 980 Ti choice.