For comparison purposes, we have pitted the eVGA 680i against the ASUS P5K and P5K3 boards, both which use P35 chipsets and also the Intel XBX2, which uses the 975X chipset. The P5K3 is a DDR3 board, so it’s important to note that it wouldn’t be a surprise to see it dominate in the charts, thanks to it’s faster memory speed. We have included it because it’s still a relevant comparison. The memory speeds used are as follows:

2T was used for the DDR2 settings because of the Intel XBX2’s inability to use 1T.

Something about the XBX2 made it a strong performer here. Both the eVGA 680i and ASUS P5K matched up equally here. 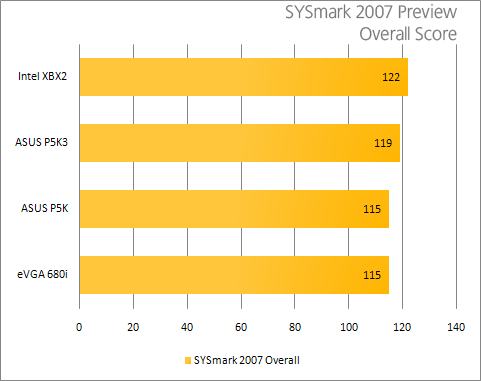 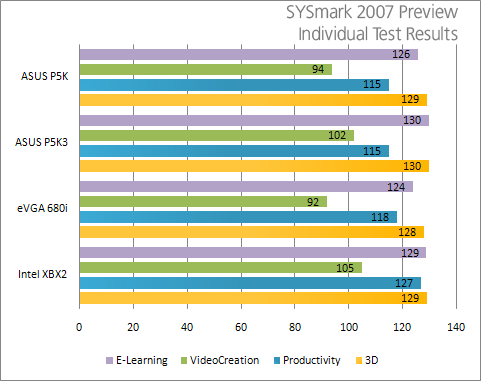 Both the XBX2 and P5K3 excelled here, with the eVGA 680i again pairing up with the P5K, although falling slightly behind overall.