Page 3 – A Look at the Software

I mentioned on the previous page that I hate to keep comparing GIGABYTE’s board here to ASUS’ that we took a look at a couple of weeks ago, but it’s becoming increasingly more difficult to avoid. As mentioned in that article, we’ve begun looking at where we need to improve with our motherboard reviews, and lately, that has to include software and a deeper look at features. Years ago, hardware vendor-produced software was minimal, but today, even GPU vendors have begun conjuring up their own creations.

It’s because of this deeper look that I’m beginning to see the limitations with some competitor boards. While ASUS offers a superb suite of tools (all confined to “Ai Suite”), GIGABYTE offers a strikingly minimal package in comparison. The company could tout things like @BIOS, ON/OFF charge and EZ Setup all it wants, but those are utilities we’d expect to see, not tools that people might actually use on a regular basis.

With the G1.Sniper 3, I could only find three programs worth talking about, and one of them isn’t GIGABYTE’s, but rather Qualcomm’s, for its Killer Ethernet (a product I recently discredited, which makes GIGABYTE’s recent addition of an Intel NIC not all-too-surprising).

The “Killer Network Manager” is rather minimal in design. You’re able to add profiles to optimize your net, and also enable logging for both your network and CPU usage. Apart from that, there’s really not too much to do here. The card is meant to “just work”, and for that I think it’s great. I’ve personally had bad luck with previous offerings, but hopefully I’m in the minority. 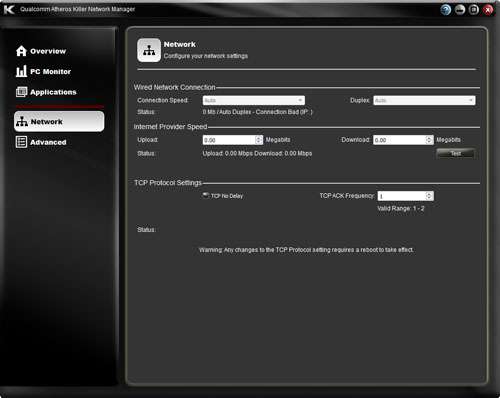 GIGABYTE’s Windows overclocking solution comes in the form of EasyTune6, a solution that really doesn’t look too different from what we’ve seen a couple of years ago. It features a simple CPU-Z-esque interface where you can quickly choose between a couple of preset overclock intensities. Just because these are listed here, it doesn’t mean that they’re stable – so prepare to further tweak after-the-fact (this is common; if overclocking software doesn’t make a PC go unstable, it’s probably not thorough enough). 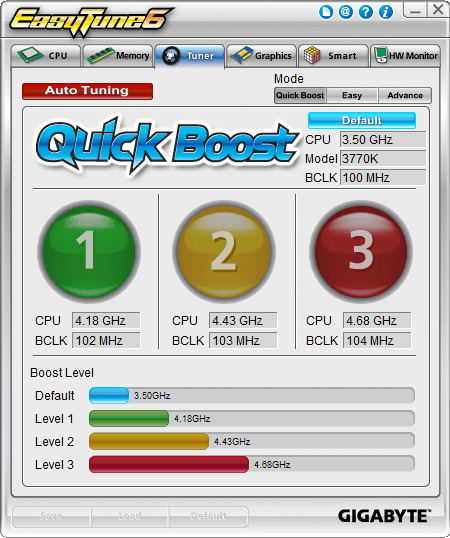 The other sections allow you to take care of that fine-tuning. Overall, not too bad a piece of software, but its fan options are minimal – the bare minimum, really. 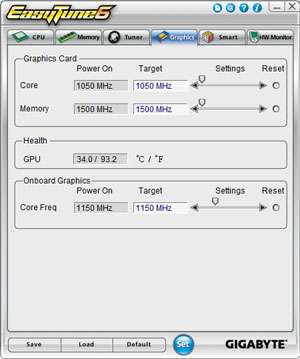 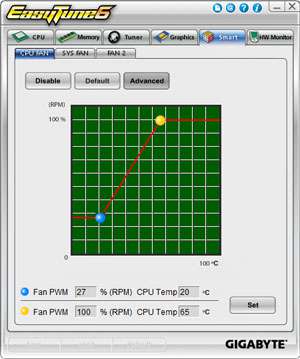 Wrapping up the software package is “3D Power”, which mainly consists of options like load line calibration, over-voltage protection, PWM frequencies and phase control. While the functionality here is fair, what makes the software cumbersome is GIGABYTE’s insistence on a “3D” interface. Upon loading the app, you must wait for a spinning cube to stop, and once out of a section, you have to wait for it to settle again. I can’t imagine anyone over the age of 8 being impressed by this design, and for those who just want to get something done, it’s frustrating. 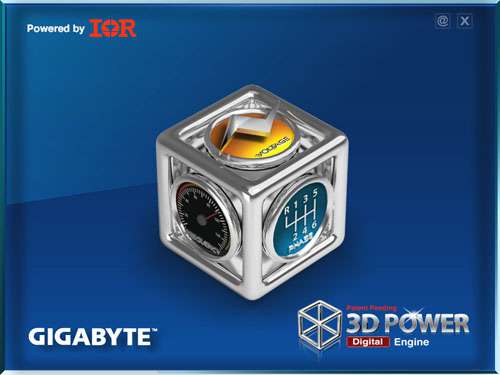 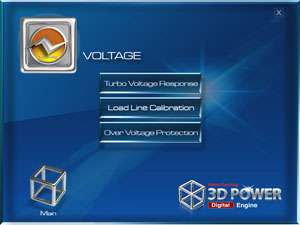 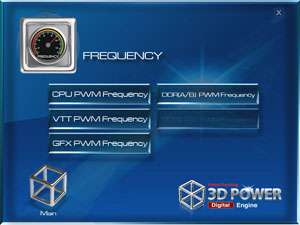 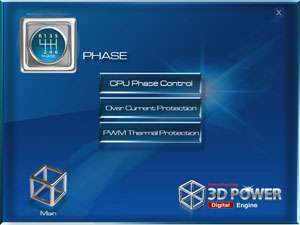 Unfortunately, GIGABYTE’s software package hasn’t “wowed” me, especially after seeing what ASUS’ Ai Suite currently packs in. It’s for this reason that I’m really quite anxious for the 4th-gen Core launch, because with ASUS focusing so hard on software now, it seems inevitable that the other vendors are going to follow suit. And I hope so. I used to immediately discredit motherboard software and usually never even opened it. But when it’s implemented and designed well, it can become a great motherboard feature.