Killing Your Internet with Killer Ethernet

We’re PC enthusiasts. We buy bigger graphics cards to improve our gaming, better audio cards to improve our immersion, and feature-richier gaming peripherals to improve our skill. Is it so unreasonable, then, to purchase an Ethernet card that promises to deliver the best-possible net experience for gamers? It’s an oft-debated topic, and one that doesn’t have a clear conclusion.

Since its introduction in 2006, the idea behind the Killer NIC has sketched me out. Thing were made worse by the fact that the company knew it sketched me out, and never responded to my requests for a sample despite having had prior correspondence. Perhaps it’s because I once placed a sword next to my router and called it the “Killer Router” that did it – I’m not sure. 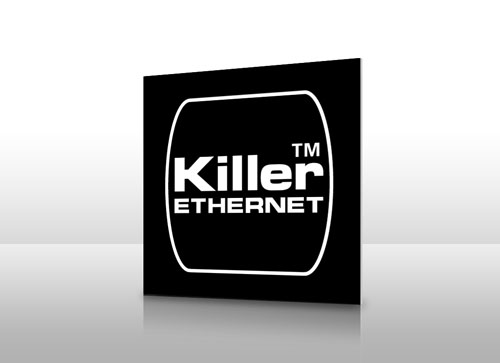 Years later, I happened-upon the company during a visit with GIGABYTE at CES where it helped launch that company’s G1 motherboards – the first to bundle Killer Ethernet on-board. The folks I chatted to there had no connection to the earlier company, as it changed hands once or twice, and they seemed to be quite knowledgeable about their product. When the time came to request more information, or even a sample after returning home, multiple follow-ups went unanswered. Luckily, I later received a GIGABYTE board with the chip built-in, and finally had a chance to give it a test.

In my look at that board, I didn’t have too much to say on the Killer Ethernet itself aside from it being a “nice touch”. However, I’ve never felt that Killer Ethernet was more than just a software layer. I can understand the benefits just fine – don’t get me wrong. But I’m not going to notice a difference between being able to cast 100 spells in 5 minutes in my favorite MMO versus 101, which was a touting point I was told during this CES visit. Given the choice, I’d much rather opt for an Intel network card and then tweak it myself, but throughout rigorous testing with this board, I didn’t encounter any issues, so I didn’t have anything to complain about. 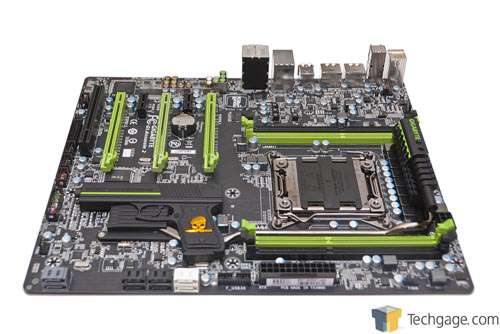 As the months passed, however, I began to discover a couple of niggles. The most obvious: Killer Ethernet does not function under Linux. That means that if you happen to own a board like GIGABYTE’s G1.Assassin 2 and would like to use Linux, your only option is to purchase an add-in card. Ridiculous, to say the least. Why the company doesn’t produce a Linux driver is an unknown to me. I can understand the lack of market-share, but this became the first time ever that I encountered a network device that I couldn’t use under the OS.

After a while, this is an issue I ended up forgetting about, since I don’t actually need to use that PC for Linux. However, I did end up encountering more and more Ethernet-related issues as time went on – or at least issues I swore had to do with the Ethernet. The most maddening: being unable to connect to the Steam network. Even when doing everything possible to expose Steam to the Internet through this particular PC (our GPU benchmarking rig, so I kind of need that to work), I’d sporadically get errors about the Steam network being inaccessible. On my personal PC, however, I could connect just fine.

As frustrating as this issue was, it was rare enough that I just put up with it when I encountered it. In the end, a System Restore usually helped – despite no additional software being installed or configuration changes being made since the last restore checkpoint. I could blame the OS… if I were just using one. But that wasn’t the case. When the PC is being used for gaming  (not benchmarking), it uses a different OS install, and both OS installs had encountered multiple Ethernet-related issues up to this point. 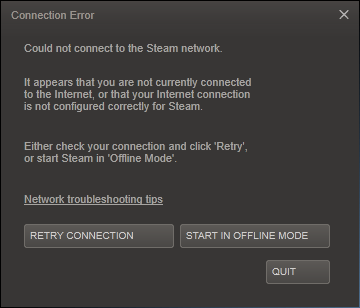 Fast-forward to this past Friday night. For the sake of being able to game together in the same room, my brother uses this PC so that we can get some co-op gaming going. We do this nearly every Friday, and with minimal net-related issue on this PC. This Friday was different. After getting connected to him and our own Jamie Fletcher in Borderlands 2, the game completely crashed on that PC, taking all of Steam with it. Ever see that happen before? Until this, I only saw it happen once before – insignificant given I’ve been using the service for eight years.

I didn’t immediately believe it to be the Ethernet, so I tested a variety of other things, ultimately deciding to reboot the routers. No cigar. Then I thought back to the issues the Killer Ethernet gave me with Steam before, and after a lengthy two hours, I finally decided to rip the Intel add-in NIC out of my own PC and put it in that one. Bingo, the game worked brilliantly. We went on with our gaming for the rest of the night no problem. On Saturday, I tested both configurations again three times each, and it became definitive that the Killer Ethernet was borked. I reinstalled the driver, updated the chip’s firmware… nothing helped.

What I did notice is that each time Borderlands 2 crashed and subsequently Steam, the Internet was also dead. After a couple of moments, it’d come back.

The ironic thing in all of this is that Killer is designed for gamers – yet it has caused me major headaches when connecting to the most popular service gamers use: Steam.

Given the experiences I’ve had with every aspect of Killer Ethernet, I can’t ever recommend it, and if I tackle any motherboard in the future that bundles it in – especially as the lone option – I’ll consider that to be a rather notable issue. It could be that I have experienced a rare case, but given my past experience with the company itself, in addition to its lack of Linux support, it’s a solution I want nowhere near my PCs.