The inclusion of the extra dedicated cable for the M8600 does mean that you can use the mouse in a wired mode. Unlike the Logitech G700, this is a regular gauge braided cable, not a heavy movement-restricting kind.

While acting as a direct connection for the mouse, providing charging capabilities, it is also required to make any changes to the button configurations, macros, and profile saving. In wireless mode, changing of these extended functions is disabled (but still usable once saved). Whether this is due to security (preventing interference with the wireless signal, corrupting any save attempts) or is a technical limitation due to using a receiver only, I’m uncertain. In any case, the mouse must be hooked up directly via USB in order to program it.

Moving on to the mouse itself, we’re presented with an ambidextrous design with a long profile and sharp, rigid angles. The 11 buttons are symmetrically distributed; 2 buttons on either side with thumb and little finger access, 2 on top for DPI control, horizontal scrolling and the usual 3 main button combo. 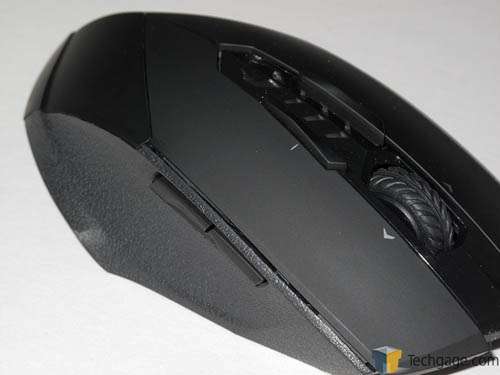 A very sleek and almost stealthy-looking design. Unlike many other mice in the high-end sector, the M8600 does not make use of any rubberized coatings, but is instead comprised of two types of plastic. Smooth on top for the buttons, and heavy textured plastic grips around the side, much like the Logitech G700. The good thing is that it’s not of the sweat-inducing kind, much to my relief. 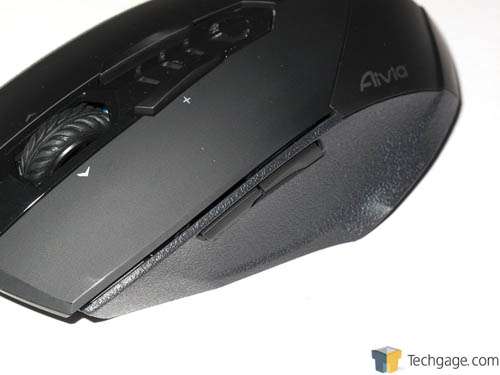 All of the buttons are sensitive, requiring light pressure to activate. The only resistance comes from the scroll wheel which can be uncomfortably stiff for productivity-related tasks, but it does mean that you are unlikely to over-scroll in-game. 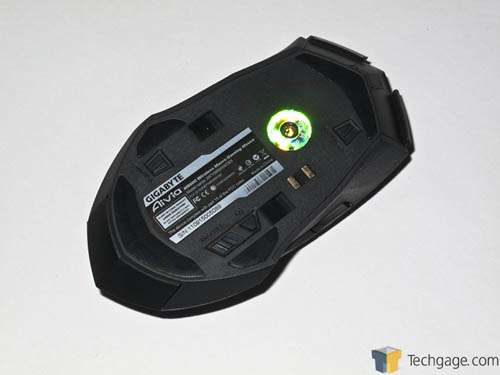 The underside is littered with slide locks, charging contacts, glide pads and buttons. While not terribly easy to see due to the hologram around the sensor, the 6400 DPI sensitivity is powered by our dear – not so friendly – Phillips laser sensor, and as always, this mouse too has the now notorious diagonal shift problem with pick-and-place movements. 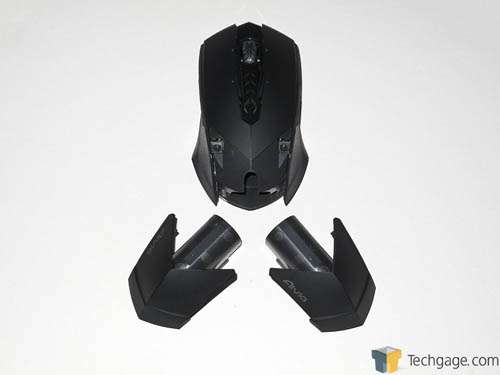 Some forethought had been put into these battery cartridges as they are quite easy to replace and take apart; held together via three small screws. Removing the shroud exposes the battery. The batteries included with the M8600 are Li-ion based NP-80’s, 3.7v 1500mAh. Swapping cartridges around is a simple case of sliding a latch on the underside of the mouse and releasing the battery pack. You can change battery cartridges in just a few seconds. 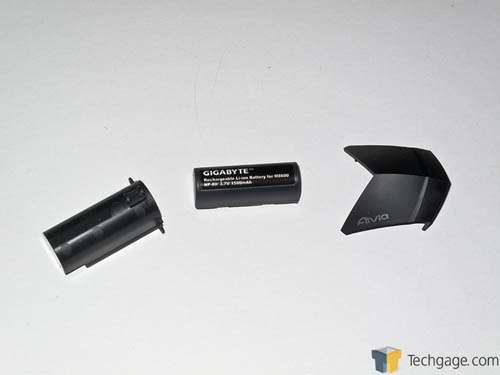 Due to the nature of the batteries, you can’t just pop down to a shop and buy a replacement. Also, lithium batteries tend only last a couple years before they can no longer hold a charge (though due to the longer life, low drain and infrequent charging, you should expect longer life). Replacements can be found online from various e-tailers as the M8600 uses NP-80 Lithium batteries, the kind used by many camcorders; some with a higher capacity. They typically go for ~$10-$15 each, so they are not too expensive. 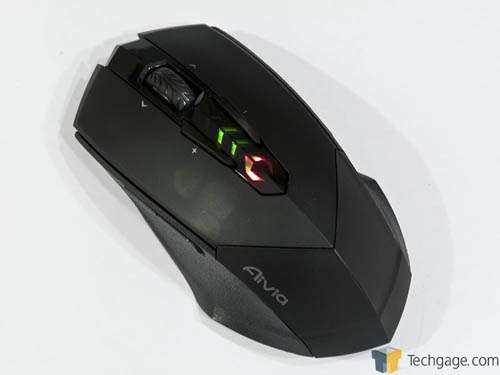 Any gaming peripheral would be incomplete without a set of lights. Nothing terribly fancy here, but the lights do serve a purpose other than to look cool. Along the central ridge are 4 lights, 3 small indicators and a large multicolor light. These are bright, but not eye-blinding room-filling bright. The 3 arrow lights are either red or green depending on the function. Red indicates the DPI level and green indicates battery level. The larger light is multicolored and changes based the current profile set, as well as acting as the primary red or green indicator for battery and DPI level.