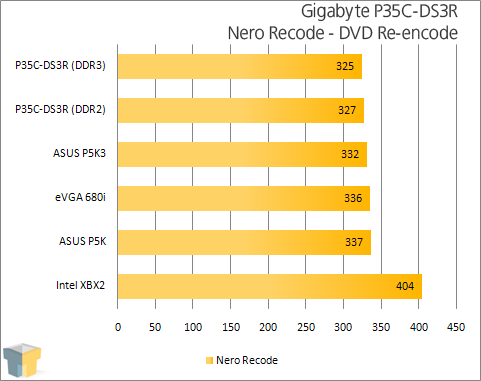 As humorous as it is to see the Intel XBX2 land in last place, despite being first in our SYSmark tests, the most important thing to take away is knowing that the P35C-DSR3 placed first, with both configurations. 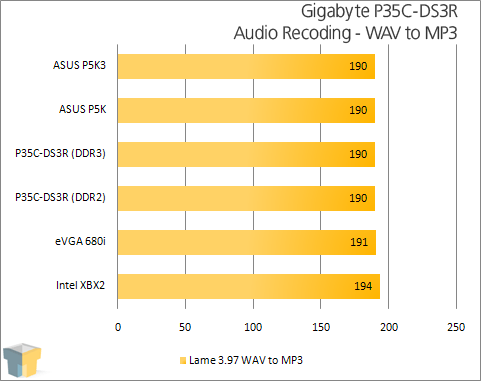 Audio conversion, as we can see, may depend on a motherboard, but moreover it will depend on the actual frequencies used. Both of our P35C-DS3R and P5K DDR2 and DDR3 configurations posted the exact same times. 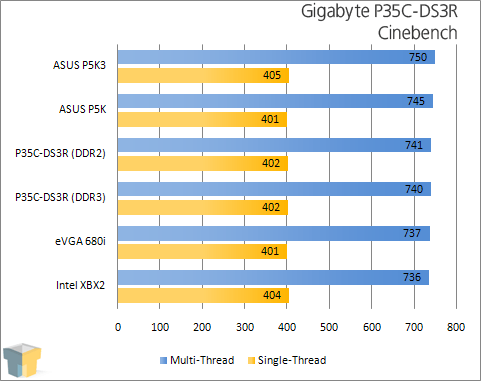 Both the ASUS P5K and P5K3 had obvious benefits here, while the P35C fell a wee bit behind. 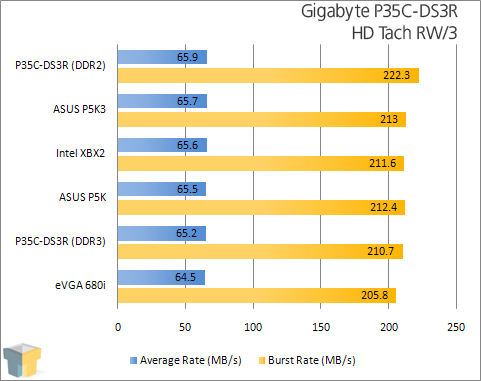 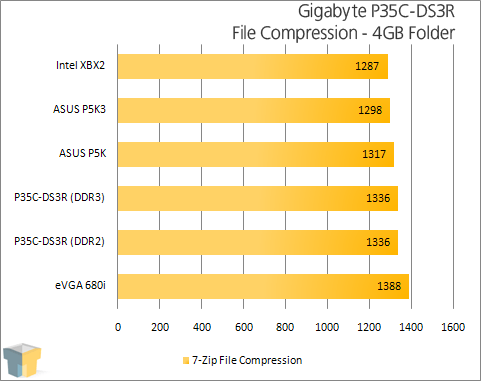 Intel’s XBX2 excels at very specific tasks, archiving being one of them. Behind it lies the P5K boards followed by our Gigabyte.