When building an HTPC, there are multiple angles to tackle – components, power consumption, software, and so forth. But what about peripherals designed to complement the HTPC you’re building? Quality options are not as common as we’d like, but the GlideTV Navigator looks to be an exception, and one that won’t drain your wallet.

The idea of a home theater PC is not new. For as long as video output has allowed, computers have been connected to the central television in the house, and with the advent of the Internet, this approach to home computing has seemed like a no-brainer. However, it has not been an easy sell for many. There are obstacles standing in the way of a truly enjoyable experience and for me, the number one issue is interaction.

The best way to interact with a computer in my honest opinion is with a keyboard and mouse. This method allows for text and pointer manipulation and has worked for decades. That being said, it’s not very attractive to have a keyboard and mouse hanging around your living room. Not only do you realistically need to store it someplace convenient, you don’t want to keep a keyboard on your lap while setting up whatever you want to watch or listen to.

The Logitech diNovo mini that we reviewed back in April of 2007 is still one of the best devices on the market for HTPC use. Small and somewhat stylish, it looks at home on the end table of anyone with an HTPC setup. I have worked with the mini and in the right environment, it’s a great device. It’s small enough to stay out of the way when not in use and the mouse pointer capabilities eliminate the need for an actual mouse. While a great device, it’s not perfect. Taking those sentiments into account, there are companies out there that have decided to take a different approach. Today, we look at one.

Located in California, GlideTV set out to create a device with one goal in mind, to “…enhance the Internet video experience in the living room”. Its first offering, the Navigator, looks to put all the controls of a standard remote quite literally in the palm of your hand. Having been out for over a year, we were excited to get one in for testing and having used the Navigator for a couple of months now, I’m ready to write about my experiences. Butfirst, let’s take a look at the hardware.

The Navigator comes with everything you need to get up and running. This included the Navigator itself, its charging base, a USB power adapter, USB cable, documentation and driver discs and an RF USB dongle.

At the top of the Navigator we find the entire array of buttons. Situated between them all is the primary feature of the device. Taking up a majority of the face, the trackpad allows the Navigator to be used as a wireless mouse in the same way you interact with your notebook. Wherever you slide your finger, the pointer on your screen will move in relation to its original position. My initial impression of the trackpad was a good one. There were a few complaints but we will get more into them later. 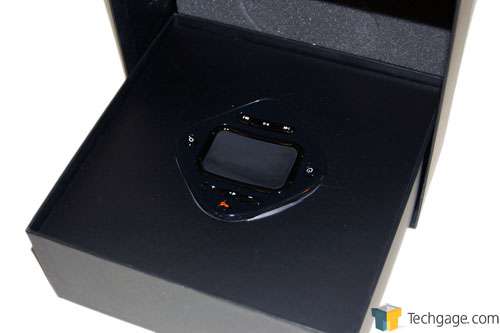 The base of the Navigator shares almost identical dimensions with the device itself but has a concave top, allowing the Navigator to sit nicely on the two contacts. While looking good is nice, the base also acts as a charger, allowing you to keep the Navigator charged when not in use. With a USB mini connection on the back, the base can remain plugged in to either your HTPC or the wall using the included USB power adapter. 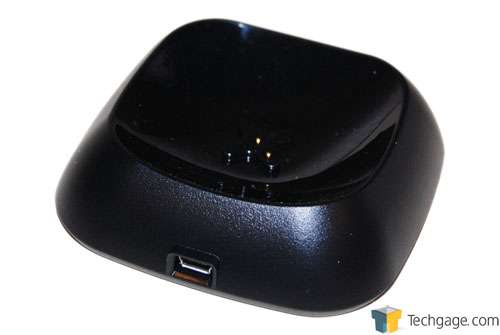 The bottom of the Navigator has 5 contacts that allow the device to charge on its base, regardless of its orientation. This was a nice thought by GlideTV’s design team as with the device as it is, you can set it down on the base 1 of the 4 possible ways and your Navigator will still charge as there will always be a connection made. 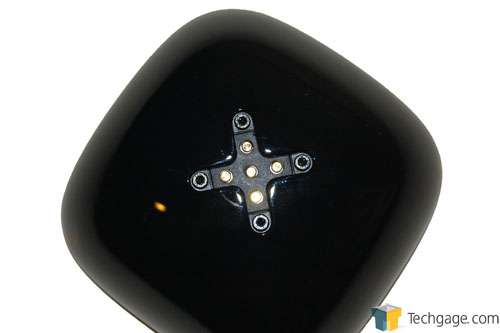 Together, the Navigator and its base look nice and shouldn’t distract at all when set down to charge. 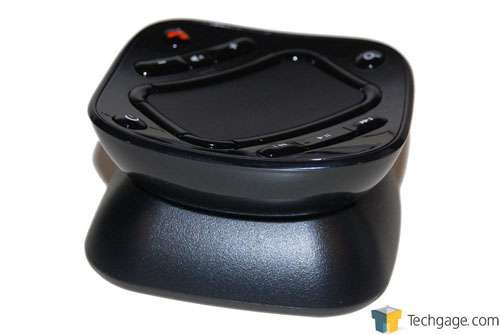 The included USB power adapter allows you to position the base away from your computer and set it anywhere you would like, as long as there is an available wall socket available. I found this to be ideal for me as I have an end table next to my couch and directly behind it is a power socket. Keeping the Navigator close to the couch and with the rest of my remotes lets me keep the clutter down and similar devices together. 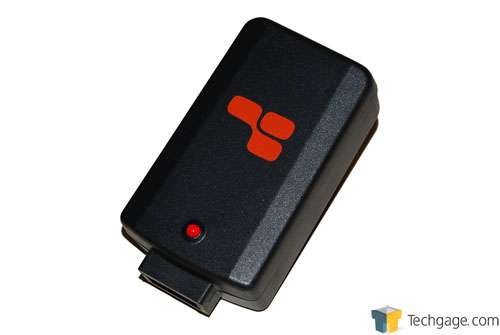 Software can be downloaded directly from GlideTV’s website and can also be found on the included DVD. Versions might be different so please keep this in mind when setting up your Navigator. With that in mind, let’s get to the interface.