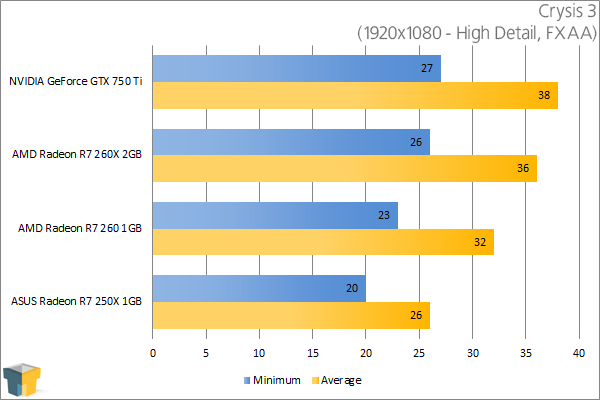 The Crysis name is pretty synonymous with a brutal GPU beatdown, but interestingly, it was with Assassin’s Creed IV that these low-end cards really suffered with. We’re still by no means near playable levels, but it’s nice to see each card performing as well as it does given the high graphics levels we’re dealing with. 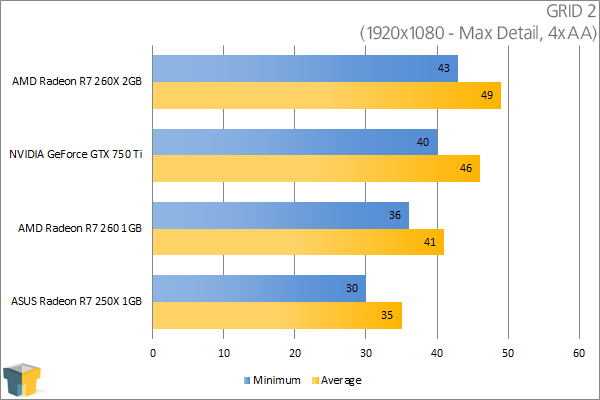 GRID 2 becomes the first game that the R7 250X broke through the 30 FPS mark at. When you consider that most console games are locked to that, and also the fact that this test involved maxed-out detail levels, that’s pretty impressive.