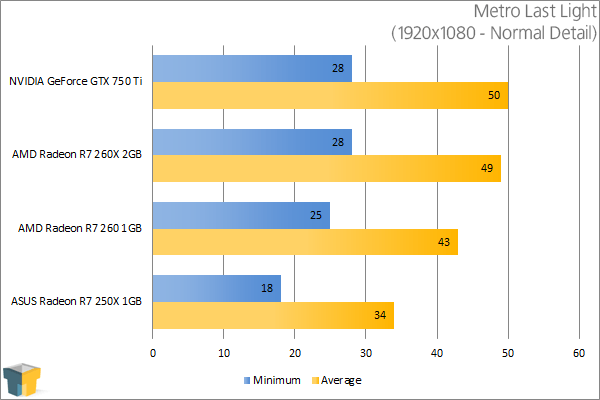 Siding along with GRID 2, we see the 30 FPS mark shattered with the help of the R7 250X. Of course, the minimum framerate is a bit rough to look at. 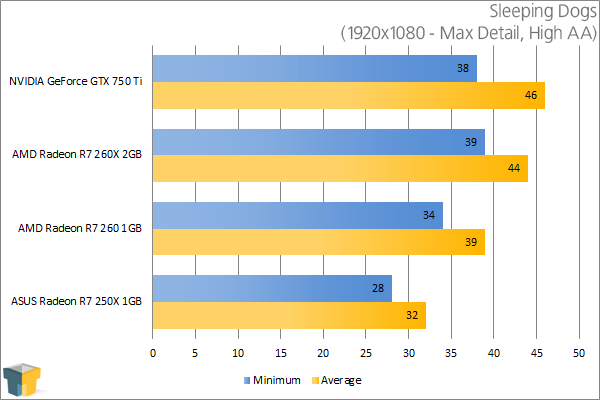 I am going to hate the day that I have to rid this game from our bench suite, because two-years-later, I still consider it to be truly gorgeous. It actually happens to run quite well on the R7 250X, all things considered, but as is usually the case, simply dialing-down the game’s anti-aliasing settings should give the FPS a nice boost.