You’re probably wondering about the performance of the camera itself. After all that drama with the positioning, I wasn’t hopeful. But I must admit, I enjoy being surprised on occasion.

Focus adjustment is very smooth and is positioned directly at the lens. This however is something I didn’t really feel I needed to do, I would have preferred a zoom feature here, instead of, or in addition to, the focus.

There’s an easy quick-pic capture feature used by pressing the button on the back of the camera head, however I found that since the camera head isn’t very steadily secured, that touching it and pushing that button, caused the head to move enough to mess up the shot.

The room I am in is lit overhead and the sun is out – the image is actually quite clear and very sharp. Wish however that I could zoom in without moving the camera. It does make me want to move my desk so that the window is not behind me as this does cause some odd effects. I must say this is much more revealing than looking in a mirror…

So here’s a picture of my Tachikoma, purchased from http://www.tfaw.com. Isn’t she cute!? 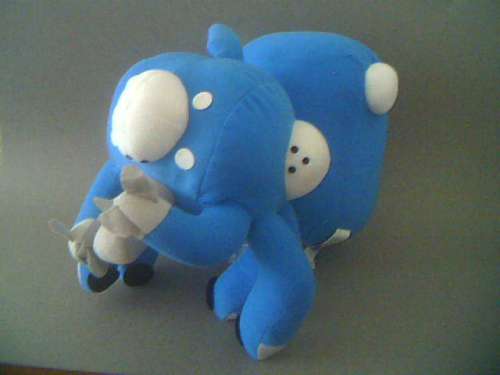 Now the original image when screen captured using the button, saves as a bitmap or a jpg. This gives you a choice between quality and file size. The same image as a bitmap was 901k and as a jpg was 22k.

With the lights out, the base is illuminated when the unit is powered. The ‘head’ is illuminated faintly when a webcam app is running, to let you know whether or not you’re being captured.

Even in a considerably dark room, this web cam works well in VERY low light. The only light in this room is the glow from my monitor, and yet myself, as well as a bit of the wall behind me are clearly visible.

Some strange artefacts on the image, as if the lens is dirty, yet it is not. Perhaps flaws in the lens itself, as they are static with the image. It is more noticeable in a dark back ground and almost looks as though it is a ‘bright’ spot. When I hold a piece of paper up, the spots are less noticeable, but still there. Actually I just did a little experiment. Moving the application window does not affect the location spots therefore it is not something on my monitor, or burned out pixels. Moving the camera around DOES NOT affect the location of the spots.

Here is an example of the artefacts: 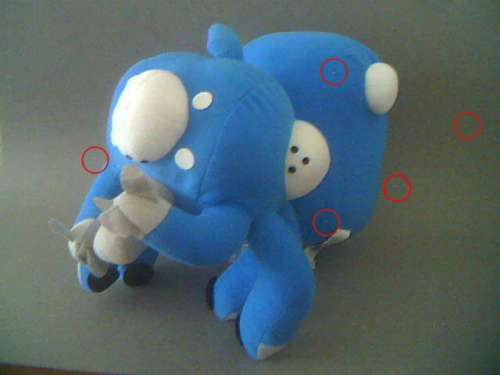 They’re on every still image, always in the same place in the window, no matter where I move the window on my desktop or zoom or move or dance a jig. So there are the stills, lets look at some video quality. Due to overall file sizes, the videos are not included for downloading. 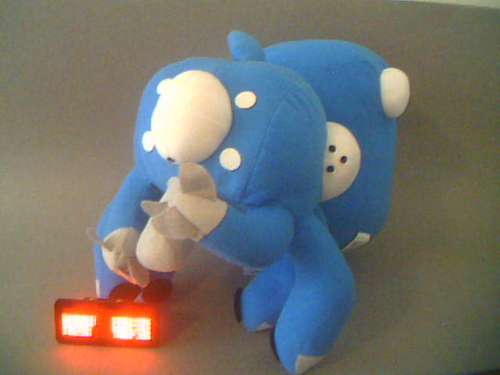 This is my stuffed Tachikoma with an LED badge scrolling the words “It’s my Birthday” (it’s not my birthday, I just can’t find the cable I need to change the text) The room is very well lit and there’s still some bloom effects on the LED, so much so that you cannot really read it, but there’s no stutter in the scrolling image. It’s as smooth as the real thing. I can compare the live image with the captured image and they’re identical. Impressive video, but I want to see how it looks in a darker room. 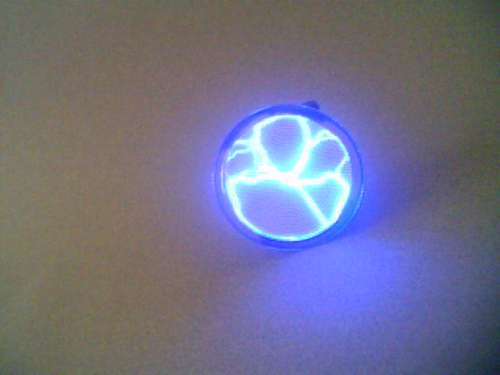 This is a small plasma display I reviewed in the ‘Spotlight on Brando‘ article. Geeky I know, but it’s hypnotic. I wanted to see how camera kept up with a very dynamic subject.

There’s still some bloom from the item itself, but just like the LED name badge, comparing the video with the live image is amazing. There’s no popping, no missed frames, nothing.

There are several capture options with this software, and while not the most intuitive, also not rocket surgery. I’m sure there are more dynamic and functional software options out there, so use whatever you’re familiar with.

So, what can I say that I haven’t already said? There’s an idea here that required better execution. Additions that would have been nice:

This is a $30 webcam, not a $100 webcam. For this price, I would expect wireless and something that would stand up on its own a lot better.

I’d like to find a way to give this item three ratings.

Which all averages to a rather unstellar, 5.6/10 so let’s be generous and just call it 6/10. I really wanted to like this webcam, I thought it was innovative and flexible. And while it has hints of both of these concepts, the final product falls quite short of its potential.