Our testing methodology for notebooks is rather simple. Depending on whether it’s a high or low-end offering, we choose our benchmarks and tests accordingly. If a notebook is designed for business, for example, we don’t run games on it (unless it has a capable GPU that hints that gaming should be done). Most of our benchmarks are real-world, but we do use SYSmark 2007 Preview and PCMark Vantage for synthetic system-wide performance analysis.

We currently have no real basis for comparison performance-wise, since we haven’t published many notebook reviews in a little while (that will change), so I apologize for delivering results that might not mean too much right now. If you have a notebook and are thinking of upgrading, you could use these for comparison that way.

Because the Avenger AG2 has a medicre graphics chip, no gaming tests were performed. Given the power available, there is not going to be much gaming going on, except for very simple 3D games. Regular 3D applications with simple needs (like Google Earth) will perform fast, however.

For some reason, the Memories test in the PCMark Vantage application failed to complete, which was due to the video driver. I am unsure what part in that test caused complications, but even a full re-install of Windows didn’t get rid of it. So while the 3D capabilities will be fine for most simple needs, it might cause problems with more intense tests.

As for battery-life, the results are not exactly stellar, but combined with the efficient Penryn processor and smaller frame, the results are quite similar to our recently reviewed ASUS M51S 15.4″ notebook. Running Bapco’s MobileMark Productivity test, the notebook kept alive for 99 minutes. For DVD playback, a rather sizable drop to 79 minutes occurred.

When I first received the Avenger AG2, I wasn’t sure what to expect, but any doubts are long gone after having spent a few solid weeks with it. It might not be the best-looking notebook out there, but it’s built well, packs a serious punch and is affordable.

Taking a look at the competition, the AG2 is far less expensive than anything I could find with the same goals. Lenovo offers some keen sub-notebooks, such as the IdeaPad U110, but it’s much more expensive. It has similar specs to the stock model AG2, and while it is a bit smaller, it costs $899 more. That’s substantial.

The most comparable model I could find was the ASUS U6E, which also includes similar specs to the stock AG2, but costs $599 more. That notebook does have a few benefits, but only with the design, such as a leather finish and arguably better keyboard layout. 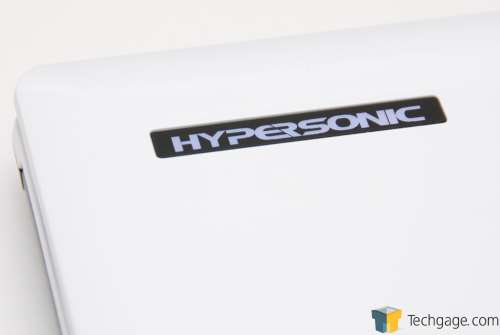 How I see it is that for the same price as the other guys, you get a notebook that, while not the best-looking offering out there, is almost twice as fast and includes much more hard drive space. For the mobile performance hound, it’s hard to go wrong. Even the stock model is worth attention, because at $999, it’s still a great sub-notebook.

Most of the “issues” I came up with during testing turned out to be things that were not completed on this particular notebook due to it being an early sample, so I’m left without a lot to dislike. I still don’t find the speakers impressive, but again, it’s hard to fault that given the size of the notebook. The keyboard layout could be improved in some way as well. The ASUS U6E I mentioned a moment ago seems to have perfected one.

The battery-life is another thing that could have been better, but where performance is the preferred, it’s an unavoidable trade-off. You will have the option to purchase an additional battery, however. Since they rather small, they can be carried pretty much anywhere. You might hear the occasional, “Hey! Is that a Hypersonic AG2 battery in your pocket, or are you…”

After taking everything into consideration, I am awarding the Avenger AG2 a well-deserved Editor’s Choice award. This is the first time I’ve ever touched a Hypersonic notebook, and I’m left impressed. The AG2 is affordable, powerful and compact. There’s not much to dislike.

The Avenger series should become available within the next two weeks.