Photo manipulation benchmarks are more relevant than ever given the proliferation of high-end digital photography hardware. For this benchmark, we test the system’s handling of RAW photo data using Adobe Lightroom 4.4, an excellent RAW photo editor and organizer that’s easy to use and looks fantastic. You can check out our full review of the tool here. 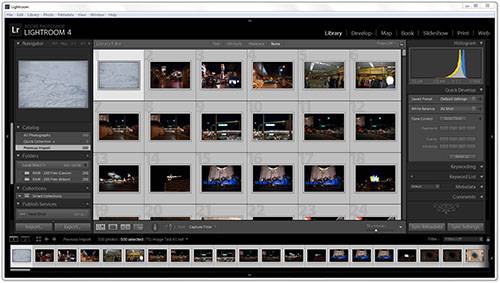 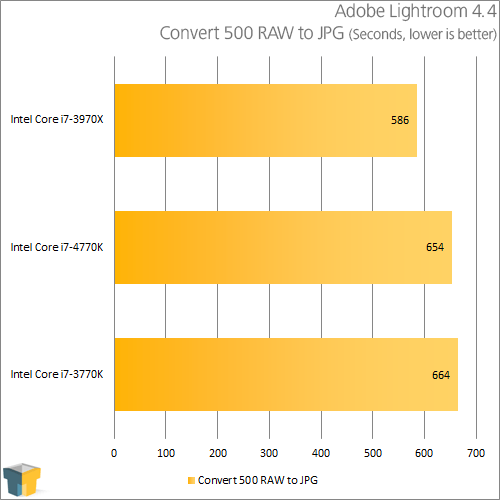 Lightroom isn’t the most multi-threaded tool out there, but it does prove to execute its batch jobs better on a CPU with a higher number of cores – such as the i7-3960X. Between the i7-4770K and i7-3770K, Intel’s latest is faster, but not by much. 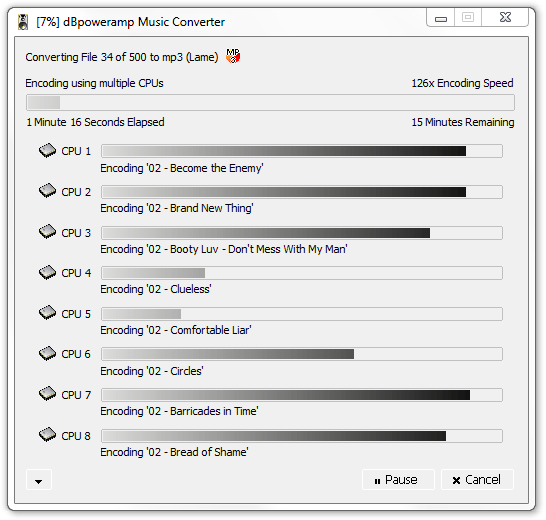 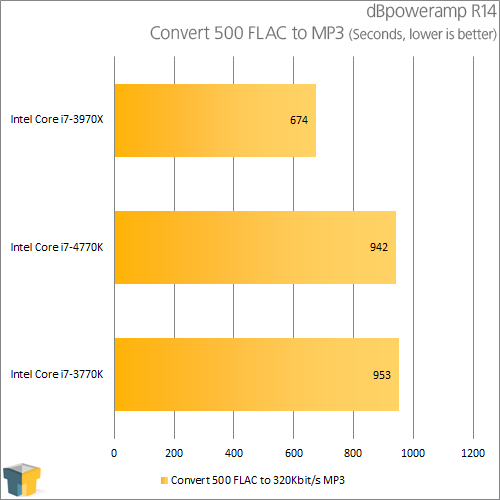 Snap, so that’s what’s possible with a six-core? While the i7-3960X doesn’t exhibit its overall brawn too well in most of our tests, it sure does here. It’ll be interesting to see just how much of an improvement Ivy Bridge-E’s six-cores will bring – if any; after all, we’re seeing absolutely minor improvements between Ivy Bridge and Haswell here.