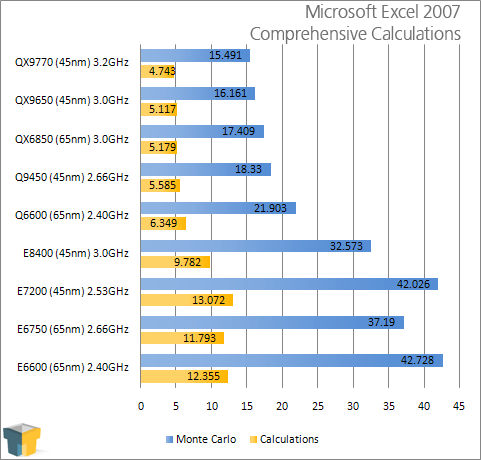 Our lowly E7200 managed to churn through 300,000 rows in just a little over 42s. It’s hard to believe that Excel, of all applications, best shows the benefits of higher frequencies and added cores. The interesting thing is that doubling the cores actually comes close to delivering a 100% improvement clock for clock – a total rarity.

Sandra has been in my virtual toolbox for quite some time, and the reason is simply the fact that it includes many different types of synthetic benchmarks and makes for a great all-in-one. The two tests we will be focusing on is the Arithmetic and Multi-Media, however, as they are both CPU-specific. Like Excel 2007, these two tests stress each CPU to find the maximum mathematical calculations per second and operations per second. 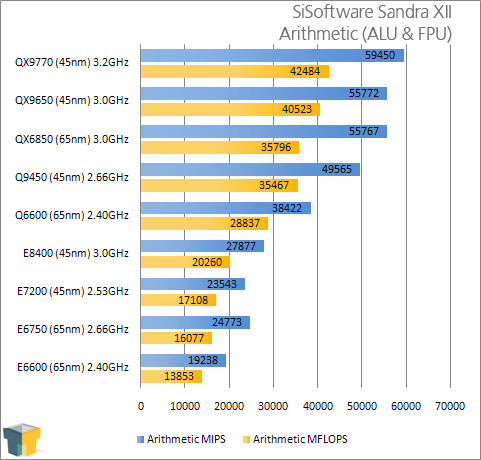 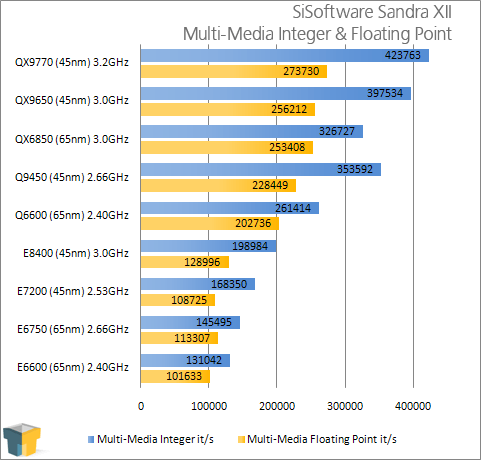 Where good scaling is concerned, Sandra is the application to use. Our Quad-Cores show almost an absolute 100% increase clock for clock. The added efficiency of our E7200 proved beneficial in both the MIPS portion of our Arithmetic test and the floating point portion of our multi-media.