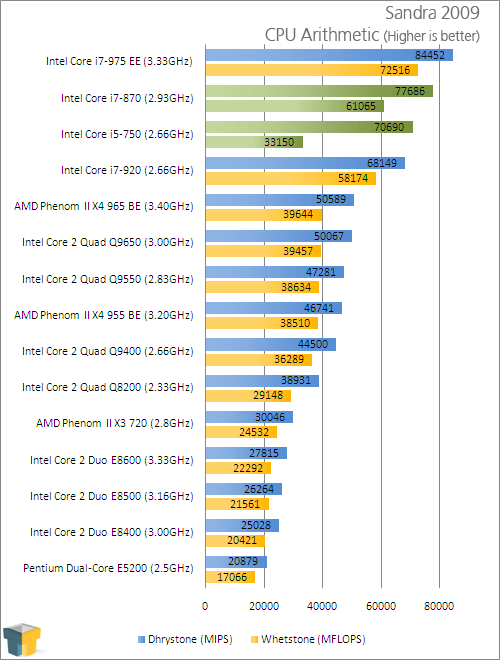 Core i is king where straight-out mathematical algorithms are concerned – even without HyperThreading. 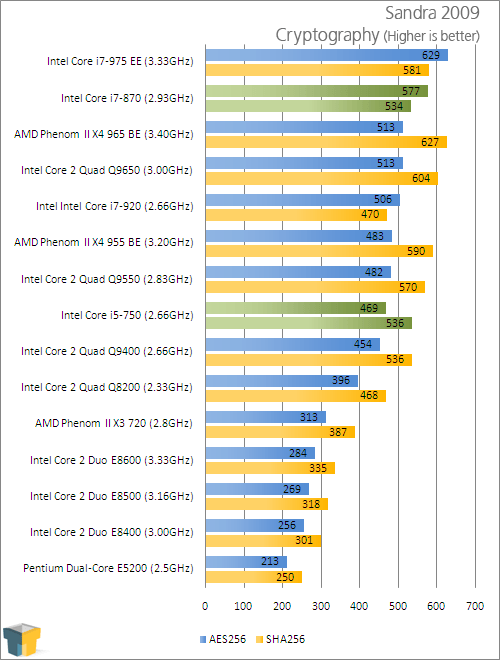 We can see the Core i5-750 once again fall lower on the chart here. HyperThreading doesn’t do much for this kind of test, but raw frequency does. Even still, you’d imagine that the i5-750 would surpass the Q9550 thanks to its Turbo, but that wasn’t the case. 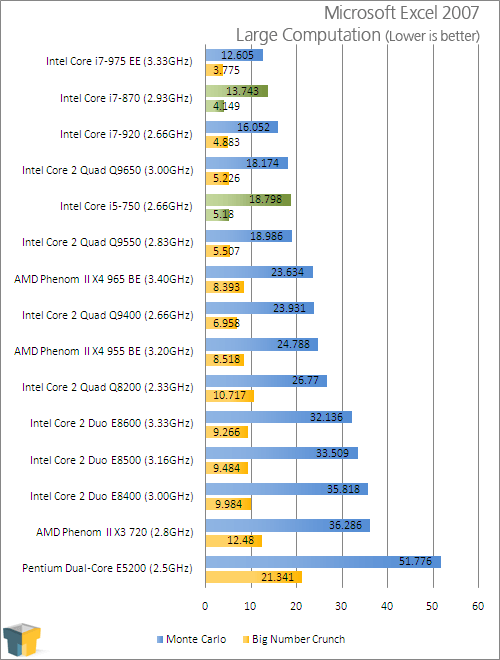 The results continue to be very impressive here. The Q9650 pulls slightly ahead in our Monte Carlo scenerio, but the i5-750 redeems itself with the Big Number Crunch. Any way you look at it, the performance is close, and very good.