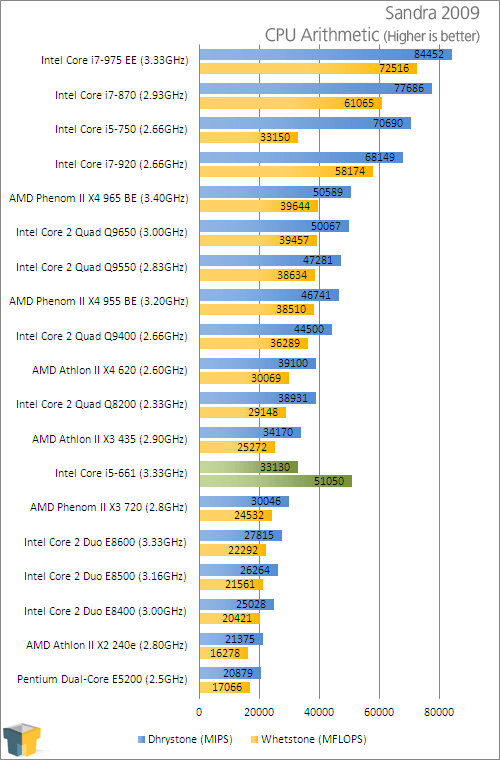 Similar to what we just saw with Sandra’s multimedia test, we can see here that once again, the Core i5-661 is the oddball of the bunch, with faster MFLOPS performance than its MIPS performance. Could this have something to do with the addition of the AES-NI instruction set? If I were a betting man, I think my odds would be good if I settled on that theory. 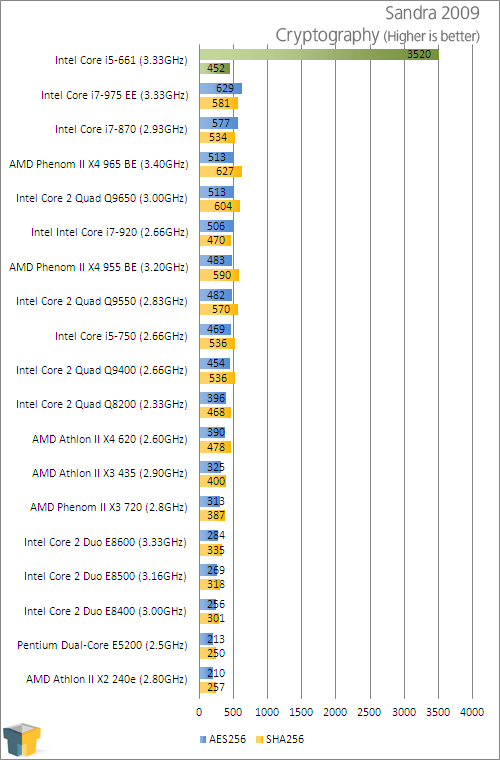 Go ahead and laugh… it’s fine. From both an AES and SHA perspective, the Core i5-661 is beyond excellent. Compared to the E8600, the i5-661 performs close to 35% faster. Where AES is concerned, there’s no competition… not even Intel’s highest-end chips. Compared to the E8600 once again, the i5-661 proved a staggering 12.39x faster for AES computation, and 5.6x faster than Intel’s highest-end processor, the Core i7-975 Extreme Edition.

What do these kinds of gains mean for you? Depending on your computing lifestyle, it could range from not much, to a whole lot. If you take advantage of encryption using AES, and the program you are using supports AES-NI, you’ll see incredible performance gains.

Like most new instruction sets, it’s going to take a little while before we see wide support for AES-NI, but given the performance gains, you can be sure that developers won’t be waiting around to support it, because it could mean having a much more successful product than the competition. Clock for clock, we saw a 12x performance boost… that’s incredibly significant. I can’t wait to see this properly supported in some tool, whether it be hard drive encryption, archiving or what have you. 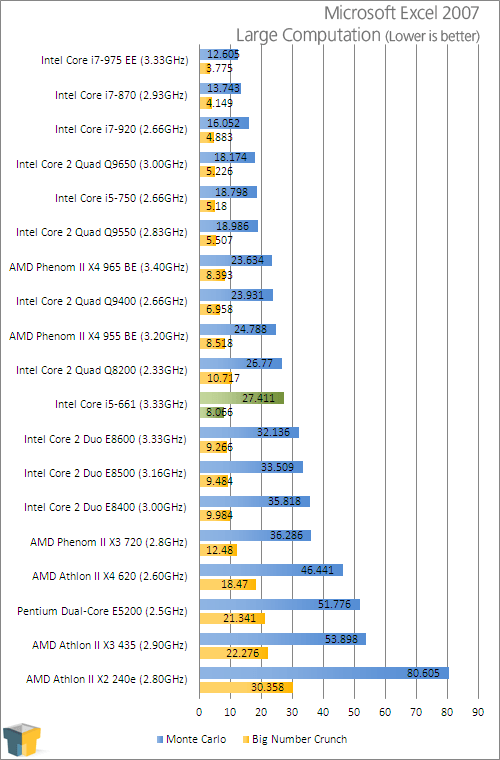 It’s impossible to follow-up to the incredible AES results we saw in the previous test, but here, we can again see the Core i5-661 perform a fair bit faster than the E8600. The differences here are a bit smaller than what we saw in our other tests, but when the entire test takes under 30s, that’s no real surprise.