Exactly one year ago today, we posted our biggest (in terms of wordage) launch article ever. The product at hand? Intel’s Clarkdale processors, which at the time, were the most sophisticated offerings on the market. They were also the first to bring a GPU onto the same PCB as the CPU, which not only improved efficiency, but made things more convenient for the consumer.

The Clarkdale/Arrandale launch for Intel was quite successful, as the microarchitecture proved to be the fastest and most capable to date. In some cases, it even outperformed the company’s much larger Bloomfield offerings – especially where encryption is concerned. So overall, the value was quite high.

Where can things be improved? Sandy Bridge is Intel’s answer to that question, and it brings a lot to the table. There’s not only lots to talk about architecture-wise, but rather the platform as a whole. That includes motherboards, chipsets and even some of Intel’s major marketing focuses.

Unlike our Clarkdale launch article, this one is not going to be a 10,000 word mega-article, but rather it’s going to be a little more simple, tackling the basics and also covering what’s new. In the weeks ahead, we’ll be following-up with other content that delves a bit deeper into certain aspects of Sandy Bridge, including the new integrated graphics chip, the overclockability, and of course, UEFI (also known as the “new BIOS”). 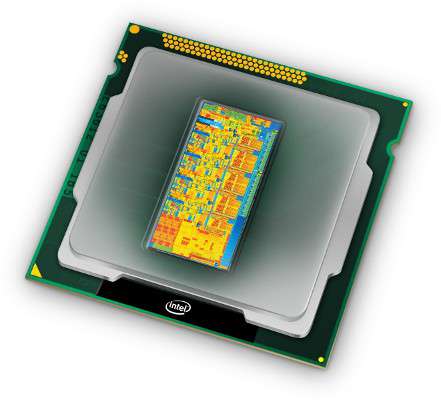 To help put the new launch into perspective, I’m thrown together our largest processor table list to date. This beast includes almost all of Intel’s current offerings (I’ve removed impossible-to-purchase models), and nothing here has yet been made redundant. There are sure to be removals made in the weeks ahead, but until it happens, the models should be listed.

The most expensive part we’ll see from this launch is the Core i7-2600K, at $317. It’s a quad-core offering that features eight threads and is clocked at 3.40GHz. Like the Clarkdale models released last January, Sandy Bridge brings to the table a very effective Turbo mode, and in the case of this particular CPU, it can top out at 3.80GHz when under stress.

At the very bottom we have the Core i3-2100, at $117. It’s a dual-core model that lacks a Turbo mode but does include HyperThreading, which could be argued to be even more important. Unlike the bigger models, the Core i3s (and also the Core i5-2390T) feature just 3MB of L3 Cache. The bigger models, including the Core i7s and most of the Core i5s, include either 6MB or 8MB.

One of the most ambitious goals of Sandy Bridge was to meld the GPU and CPU together, and going forward, that’s something we’ll be seeing from most released models (the exceptions will be future high-end parts). For launch models, the GPU core will be clocked at up to 1350MHz, and will vary depending on the model. Because Intel introduced a mode similar to Turbo for the GPU, the clocks will be a little more modest when idle. 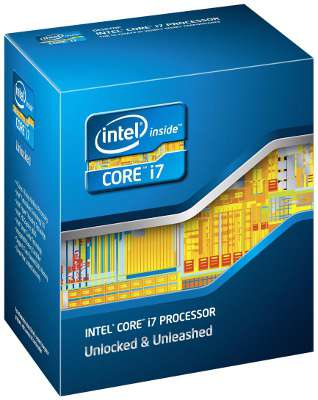 Along with this launch comes some new box art, and also revised “Core i” logos. The previous box art looked quite nice as it was, but the revised art is even more modern, and a bit more colorful.

If there’s a downside to Sandy Bridge that’s worth mentioning up front, it’s that it supports the LGA1155 socket, not LGA1156. While AMD has managed to keep its sockets the same from launch to launch, Intel has been releasing a different design for each major one, which complicates the upgrade process for many. With the sockets being near-identical in size here, Intel no doubt wanted to use LGA1156, but due to important architecture differences, it couldn’t.

There is an upside, though. Because the physical size of the CPU hasn’t changed, neither has the mounting holes for the CPU coolers. That means that all LGA1156 coolers will fit an LGA1155 socket no problem.

We’re going to spend the next couple of pages tackling more of the specifics of Sandy Bridge and also its related components, so let’s get right into it!