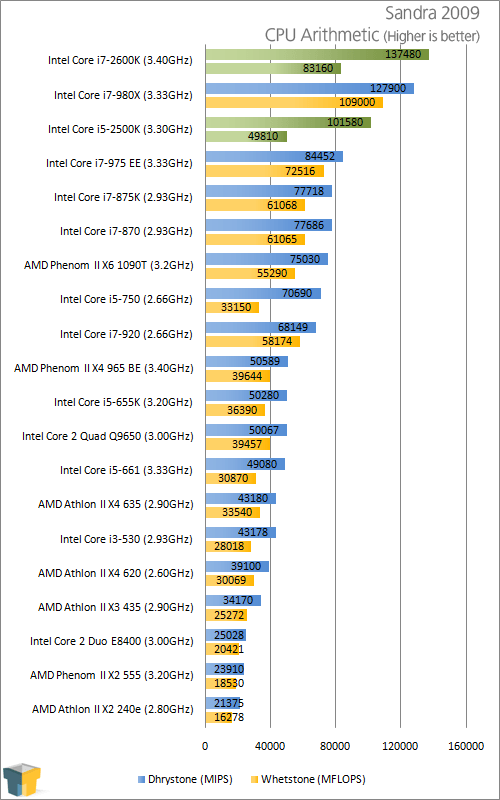 Isn’t it a bit sad to see a brand-new “mainstream” part beat out Intel’s highest-end six-core offering? That’s what happened with our Dhrystone test, but the Core i7-980X still proved its superiority in the Whetstone test. I guess you could say the results aren’t so cut and dhry! Alright, that was bad. 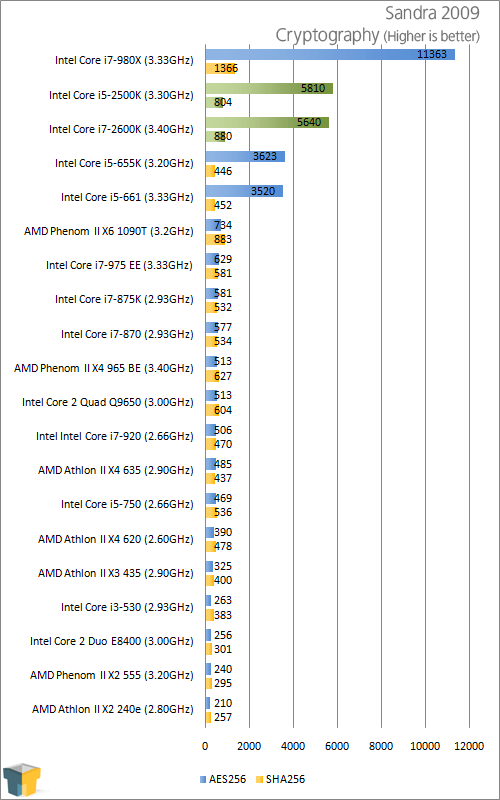 In one of our more humorous graphs, our Sandy Bridge models deliver some explosive performance as expected, although both the 2500K and 2600K flip-flop in their strengths. The overall results are far more impressive than most of our line-up, though, only to be surpassed by the Core i7-980X. 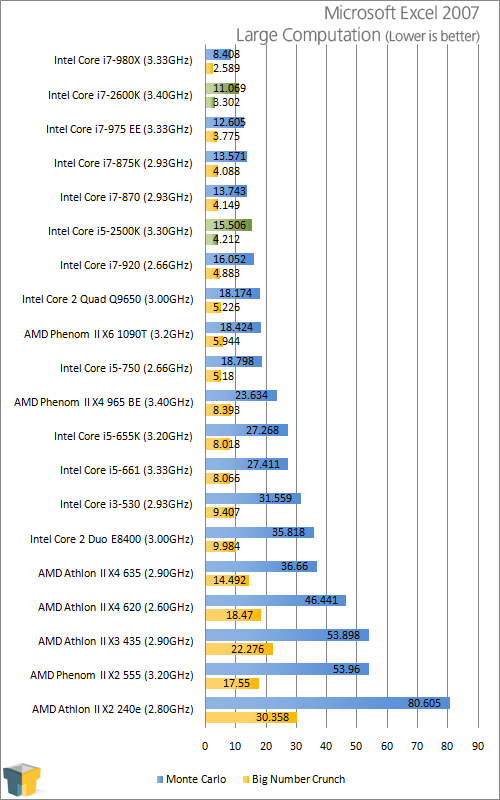 I love this test not only because it’s so quick to run, but because with each new architecture we test, we continue to see lower figures. And once again, Sandy Bridge wipes the floor here, delivering truly impressive results.