When we kicked-off our CES coverage last month, little did we realize that it was going to become our most successful to date. To help put things into perspective, to equal the amount of visitors seen as a direct result of our CES coverage last month, we’d have to combine the previous five year’s worth together. What on earth caused such a surge of traffic to happen? Believe it or not, a flash drive. Kingston’s DataTraveler HyperX Predator, to be exact.

It might seem a little bizarre that a simple flash drive could have garnered so much attention, but it had one little number working in its favor: 1TB. While Kingston’s Predator isn’t the “first” 1TB flash drive ever produced, it’s going to be the first that people can actually buy. I say “going to be”, because at the moment, only the 512GB model is available. The 1TB model will come sometime before the end of the first quarter. 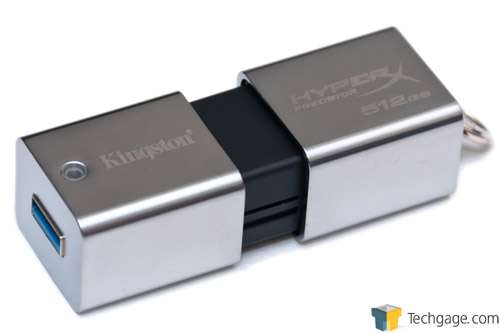 Unlike most flash drive series, it’s not hard to tell what it is that sets Predator apart from the rest. It’s designed to offer those who require lots of portable storage the option, and the fact that the baseline density is a whopping 512GB proves that. These drives are monsters, plain and simple.

That goes for both the performance and price-tag, too. Equipped with speedy NAND flash and a USB 3.0 controller, the drives are spec’d at 240MB/s read and 160MB/s write. If a fast 512GB flash drive such as this sounds right up your alley, get ready to write a check out for $800. Yup – this drive is not for the feint of heart.

The Predator isn’t priced high on purpose, though, and I’m not even sure Kingston would consider it a “premium” product. Instead, high-density NAND flash as needed for a small drive like this simply doesn’t come cheap, and when the end goal is to create a drive that fits into people’s pockets, options are limited. So limited, in fact, that it simply wasn’t possible to use a single PCB in order to deliver the full 512GB of storage. Instead, the Predator is comprised of three PCBs which connect to the mainboard via a couple of bridges: 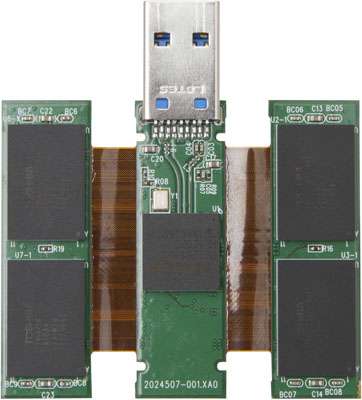 At the moment, the 512GB Predator uses Toshiba 19nm Toggle-based NAND, whereas the upcoming 1TB is likely to make the move to Micron. Both drives use a Phison USB 3.0 controller to deliver the performance people expect. We’ll see in our performance results if the drive lives up to our expectations, but for now, let’s take a tour of the hardware.

We don’t often feel compelled to publish a picture of product packaging (say that five times fast), but this is one of those exceptions. Instead of shipping the Predator in clamshell plastic or even a box, it comes in an aluminum tin with foam insert to keep things safe and sound. On the front, we can see the product logo and also its size and rated speeds. Let’s open it up. 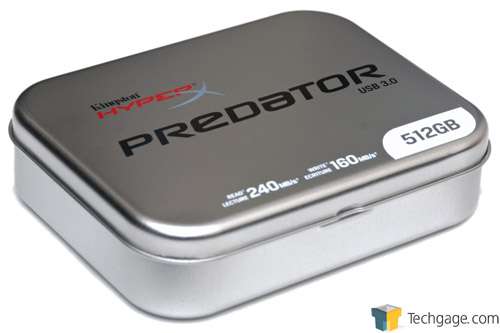 The black foam insert doesn’t only look good, but it keeps both the drive and its couple of accessories as still as can be. If the package or internals get damaged during shipping, then it can be assumed that your courier went out of its way to make it happen. 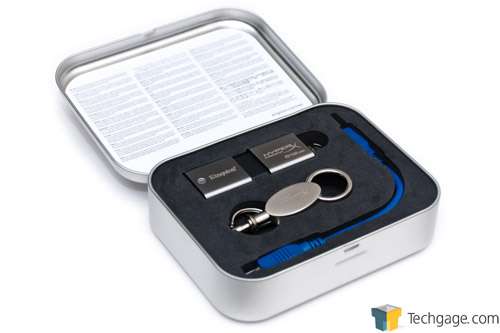 The drive construction itself has two major things going for it. For starters, there’s no cap to lose. Instead, the drive can slide inward to expose the USB connector and then be slid back out to keep it safe. The other plus is that the entire body is very durable, as you’d want it to be on such an expensive model. The metal parts you see is thick aluminum, and while in some shots it’s easy to see what sort of finger-print magnet it is, I’d say that’s a fair trade-off for durability. 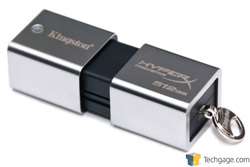 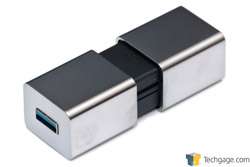 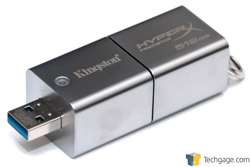 Here’s a small collection of Kingston flash drives to show the size difference between them, and the Predator. Both the Ultimate G2 and HyperX drives are larger than most other thumb drives on the market, but they’re still completely manageable. The Predator is obviously a bit larger than these, and foregoes the curvy edges to adopt a more boxier shape – a good thing for the sake of durability, and an important thing given the multi-tiered PCB design. 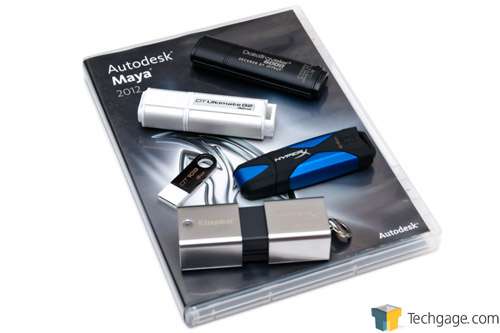 Because Kingston doesn’t ship any software with the Predator, there really isn’t too much else to say. It boasts a ton of storage, is built extremely well, and has a price-tag that makes it an option only for those who truly need so much space in this form-factor. Next up, we’ll see if the drive’s performance proves as big as its price-tag.