For our real-world transfer tests, the source files are stored on our OS drive, which avails us a top-end read speed of 500MB/s+. Unless the USB device we’re testing is able to write in excess of that, there should be no bottleneck.

There are a couple of important notes we must mention before diving into the test results. For some reason, Kingston ships its Predator drive formatted as FAT32 and using 32KB clusters. This means that files larger than 4GB cannot be used on the drive until its reformatted. For a small drive, that’s normally fine, as most people don’t fill up half their drive with a single file. On a large drive like this, however, which is larger than most desktop SSDs, the choice is bizarre.

The choice to use 32KB clusters strikes me as odd as well. While typical for large storage drives, it basically assumes that most people will not be using the Predator for anything but large files.

In order to store files greater than 4GB in size on the Predator, it will need to be formatted as exFAT or NTFS. For those planning to store mostly large files, I’d recommend using a cluster size of 32KB or 64KB. If you’ll be storing mostly smaller files like documents, photos and especially installed software, I’d recommend sticking to 4KB.

Because the drive ships using 32KB clusters, that’s what I benchmarked with. However, the drive was formatted to NTFS in order to support our 16GB file transfer test. For our real-world tests, we also formatted the drive using 4KB cluster sizes to see what kind of performance differences we’d be dealing with.

With all that said, let’s get to it.

Admittedly, running this test on most USB flash drives, especially USB 2.0 models, is not entirely important given the typical manner in which they’re used, but it’s our goal to see where one excels over another when dealing with such an intensive test. IOPS performance would be very important if you were to install an OS on a flash drive, as long as the bandwidth throughput is also good. 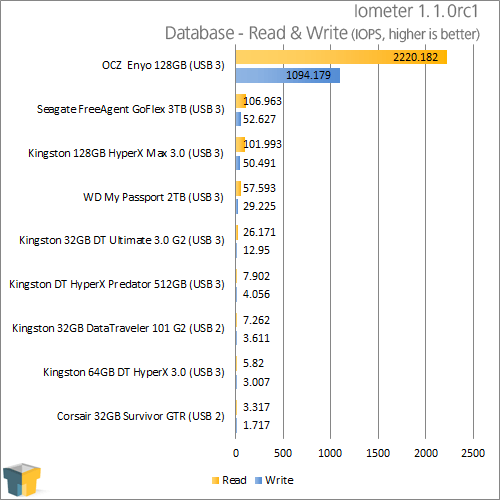 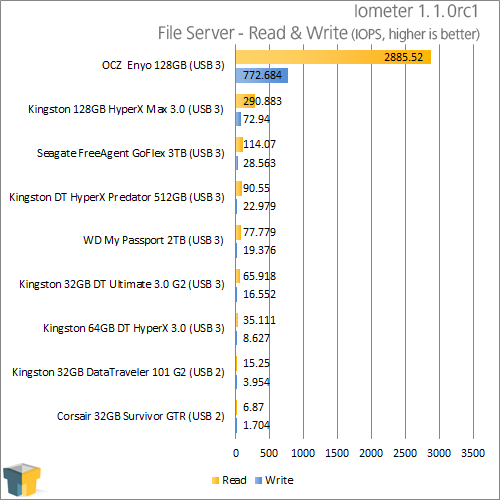 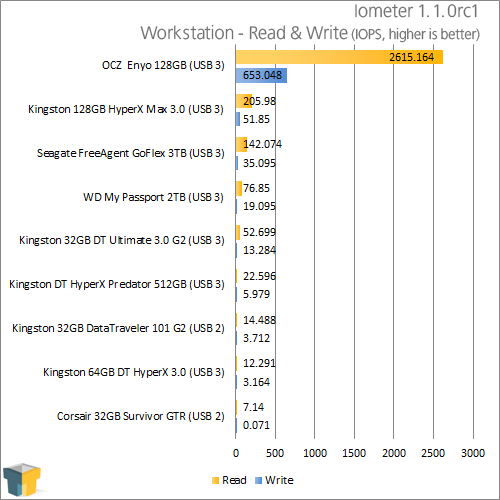 As we’ve learned from our Kingston flash drive reviews in the past, it’s become clear that the company doesn’t put a huge emphasis on IOPS performance. For a lot of people, that’ll be fine. What it does mean, though, is that the drive wouldn’t be too suitable for running an operating system off of, or for copying a lot of small files to. Instead, the drive’s focus is to be a fast performer where beefier files are concerned, which in the Predator’s case should come as no surprise given its sheer size. 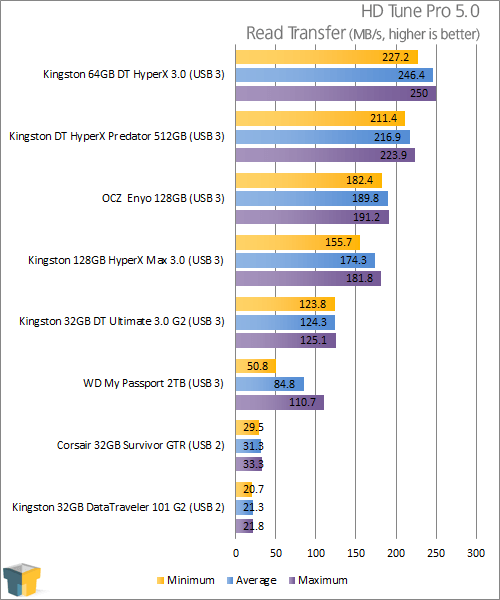 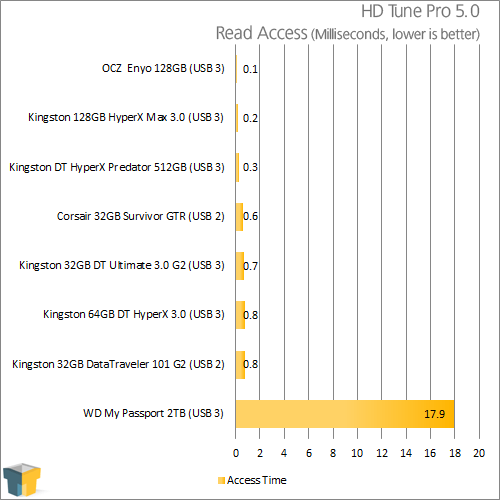 While the Predator didn’t fare too well in our Iometer test, it slots right in behind Kingston’s own HyperX 3.0 in HD Tune, offering an average read speed of 216.9 MB/s. It’s not quite the 240 MB/s we saw on the package, so we’ll see if our other benchmarks can help us reach that. 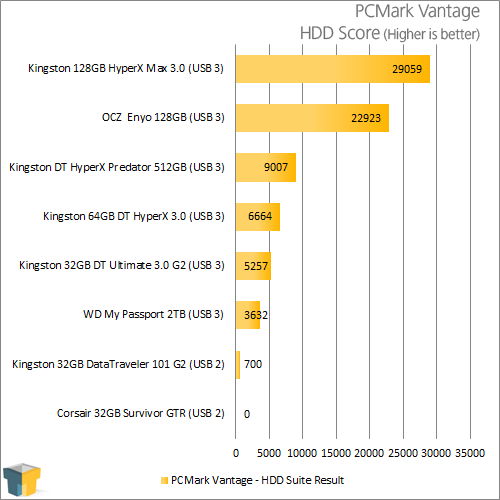 Because of its lacking IOPS performance, the Predator drive wasn’t able to defeat OCZ’s Enyo (since discontinued) in PCMark like it did in HD Tune, but it did manage to out-perform the HyperX 3.0 drive overall.