PC hardware vendors are constantly expanding into markets they traditionally have never had a presence in. Kingston, known for its memory and storage solutions, is the latest one; its HyperX Cloud gaming headset is its first venture into the world of gaming audio. Will the Cloud bring rain on this parade, or will it shine through like a ray of sunshine?

As with all headsets we test here at Techgage, I evaluated Kingston HyperX Cloud’s performance in three major criteria: Ergonomics, functionality, and sound quality. I feel that these are the most important points to appraise when it comes to this type of equipment.

Also per usual, I tested the HyperX Cloud over a period of around two weeks. In my experience, most headphones’ sonic characteristics change from the time you first use them until they eventually settle. Two weeks of normal use is a long enough time to get to a point where headphone speakers’ sonic signature gets established.

In terms of ergonomics, the HyperX Cloud fits perfectly on my head. Its range of expansion maxes out at my head size, so maybe truly gigantic people with physically huge heads may have a different experience. The squeeze of the headband and padding on the earcups and on the headband are more than adequate to ensure a fit that is just snug enough to keep it in place for most situations. Not even the most violent head-banging that I can muster without my head flying off my neck – the type I might be apt to engage in when Techgage Big Chief Rob links me to a few of his favorite death metal tunes – can dislodge it from its perch on my melon. Moreover, with both the suede and the leather earcup lining, it’s easy to keep this headset on for hours on end. Overuse fatigue and discomfort are non-issues. 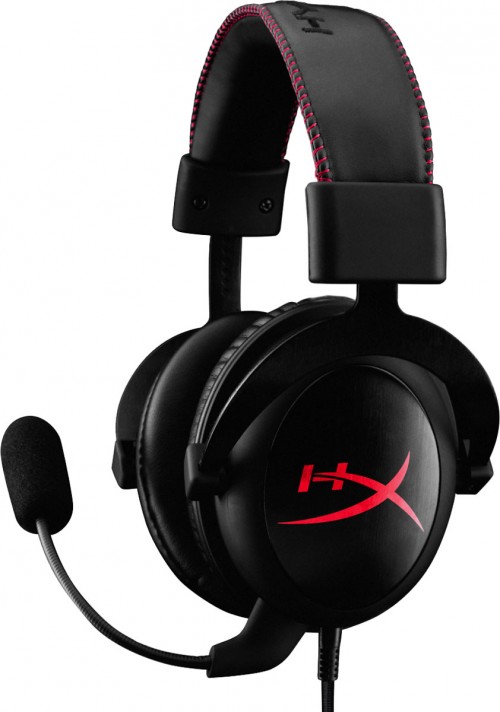 If there’s a ergonomics-related gripe I’d register, it’s that using the cable extender with the inline control pod adds either an additional 2 1/2 feet of cable or a bulging mass thereof (if you keep the cable twist-tied in a bundle). It’s interesting that Kingston decided to add the functionality of the inline control pod instead of incorporating this into the headset’s main cable or, as my previous review subject did, integrating the controls into the main headset unit itself. Kingston’s solution suffers in comparison; ergonomically the added cable length is just an added bother, even a potential hazard, simply because you have to somehow manage the extra cable length.

As far as functionality goes, the HyperX Cloud is hard to beat. Its plethora of included accessories make it adaptable for a whole lot of applications. Although it’s honestly hard to see anyone wanting to use this with one’s smartphone (at least outdoors – maybe you won’t feel a bit daft, but I would. And I’m not particularly self-conscious!), the 2-into-1 Y-adapter cable makes it possible. In the privacy of my own apartment, it’s great. Phone calls sounded even better with the wired connection compared to my Bluetooth earpiece. The mic works superbly as tested in this scenario as well as on Skype. Most of the HyperX Cloud’s competitors simply don’t have the accessories package to be able to do all this.

I guess the only thing missing, really, are 1/4″ adapters for the 3.5mm connectors. My primary PC’s sound card has 1/4″ headphone and mic jacks, so it would have been neat for Kingston to have included adapters for these. I won’t classify this as a negative point against the HyperX Cloud, though, since I’m willing to presume that the vast majority of end users use devices with 3.5mm audio jacks.

Now, as far as sound quality goes, the Kingston HyperX Cloud does quite well. As always, the point of reference and comparison will be with my personal Beyerdynamic DT880 Pro and Shure SRH840 monitoring headphones. As I’ve mentioned in previous headset reviews, both the Beyerdynamic and the Shure have flat frequency response characteristics, which makes them ideal reference points for our review subject. 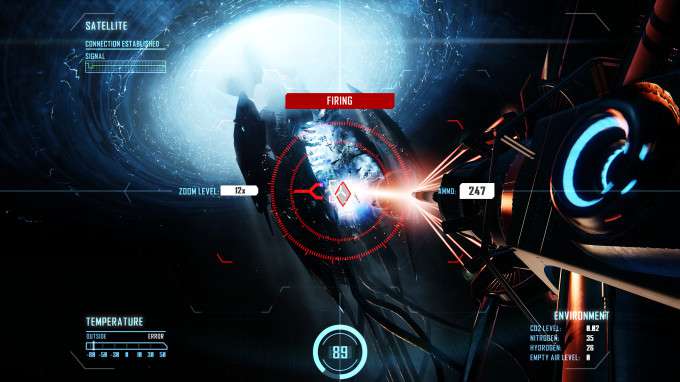 In games and in movies, the HyperX Cloud is a very good companion. Bass response is tight, never sloppy or booming. Its 53mm drivers ensue that bass response is as good as possible. High frequency sounds are reproduced with similar quality. Stereo separation and positional audio are also just as good as any other stereo headset I’ve tested. You’ll know where sound sources are without looking at them, so you should be able to take the HyperX Cloud with you in any gaming scenario without fear of being in any sort of disadvantage against those packing surround sound. Not only will games be enjoyable, but movies too. Stereo, folks, is where it’s at, as far as this writer is concerned.

This is especially true when it comes to music playback. Kingston’s first-ever headset scores really well in this usage scenario too. Though just a bit cold compared to our reference monitoring headphones, the HyperX Cloud is still a pleasant set of cans with which to listen to music. As you might expect, bass response is very good, but things on the higher end of the frequency scale sound just a tiny bit harsh. The mid-frequencies also sound a bit thin. In this way it’s quite similar to my last review subject, and I’m honestly at a bit of a loss to explain why the overall sound signature is a bit cold (i.e., treble-biased) yet reproduces slightly thin high- and mid-frequency sounds.

This isn’t to say, however, that the HyperX Cloud is useless in music playback. Not at all. It’s just a description of how it sounds compared to something that produces zero bias playback. I certainly enjoyed listening to all sorts of music – instrumental orchestral pieces, cello solos, R&B, hip-hop, and rock, of course – using the Cloud.

Kingston has come up with a very strong first offering for the gaming audio buyer with its HyperX Cloud. It’s a superb product overall, with one of the most comprehensive accessories package I’ve ever seen in any product. As versatile as it is capable, it runs the risk of being a jack of all trades, and a master of none.

However, I think its versatility and adaptability gives it an edge over most of its competition. I mean, it’s tough to think of other gaming headsets that can also be used on a smart phone (or any phone that has a 2-in-1 audio jack, really) as a wired headset. Because it’s superior to any Bluetooth earpiece I own, that’s actually a big thing for me – I prefer keeping my hands free whilst I’m on the phone, so I tend to use my earpiece even at home sometimes. It might be slightly inelegant in some details (I still don’t see the why Kingston didn’t integrate its controls onto the headset unit itself, instead choosing adding them to an optional length of cable; I also don’t quite see why anyone would need an additional cable extender), but I’m willing to overlook these and just concentrate on its superb ergonomics, functionality, and performance characteristics.

On balance, the HyperX Cloud is totally worth is MSRP of $99.99. If you’re in the market for a stereo headset that can do almost everything (it doesn’t wash my car or do my laundry or make me dinner, nor is it compatible with my Xbox 360; but that’s Microsoft’s stupidity, really), the HyperX Cloud is a worthy contender indeed. It might be called the “Cloud,” but it’s really a ray of sunshine. I just love its supreme versatility, its aesthetic style, and how it’s executed (even considering some of its, how should we say, interesting inclusions in the accessories package).