With the digital edition of the TripleHead2Go, hooking up three LCD’s via DVI and VGA is possible. This allows you to drastically increase your desktop space and/or improve your gaming. Best of all, you don’t need to add a second GPU, and not even an additional power outlet is required!

To date, there have only been a handful of products that have crossed this test bench that I have wanted for my own when the review was posted. When I think of such products, Logitech’s Squeezebox comes to mind, as well as the Hiper Anubis. While completely different pieces of hardware serving completely different purposes, both impressed me to the point of getting my own for everyday use. I am happy to this day with my Squeezebox hooked up to my home speakers and my personal PC resides in an Anubis chassis as I type this.

Another little gem of hardware that I have been lucky enough to use was Matrox TripleHead2Go. Using more than one monitor has been a long time practice for me at both work and at home and when we first saw the original, all analog TH2Go at the GDC in San Jose back in March of 2006 showing off Half Life 2: Lost Coast, I knew that it was a product that we needed to tell you more about.

With Matrox more than happy to cater to our evaluation request, we were left impressed with the original variant of the TH2Go. As much as we liked the original, we were not without a few hopes and wishes for future models. The most glaring issue we saw with the original TH2Go was that it was analog only. For those with DVI capable LCD monitors, you either had to hope that your screen also had VGA outputs or that Matrox would eventually get around to releasing an all digital version of the popular video adapter.

It would appear that Matrox was listening and late last summer, they released the digital edition of the product. Capable of accepting signal from both digital and analog LCD screens, the TH2Go digital edition has broadened the capabilities of the TH2Go family with deeper monitor support and far more supported resolutions. 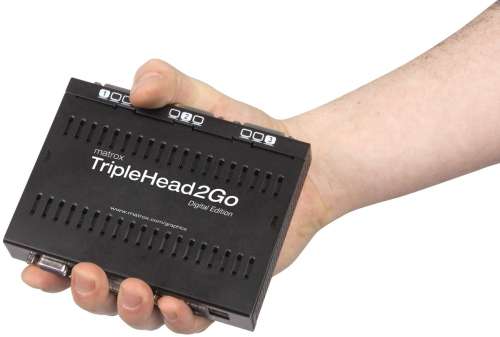 Long being known as an alternative graphics solution provider, Matrox has been making ripples in the enthusiast sector with their multiple monitor “Graphics Expansion Modules”, known as GXMs by Matrox themselves. With the flight and racing simulator guys singing the praises of these GXM products, the TripleHead2Go digital edition is a product worth getting excited over.

Differing little from the analog version, the digital TH2Go ships in a clean and simple package that provides plenty of information about the TH2Go and what it can do. 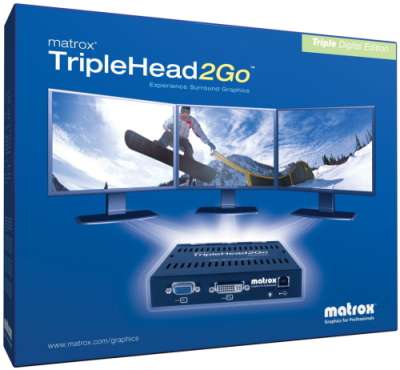 Once opened, we can see that the TH2Go comes bundled with a set of cables consisting of VGA, DVI and USB cables. With the latest edition being digital, it might seem odd that Matrox would bundle a VGA cable with the device but showing a great deal of foresight on the companies’ part, Matrox allows the TH2Go to hook up to notebooks and desktops that might lack a digital out connection. We will get more into this later. 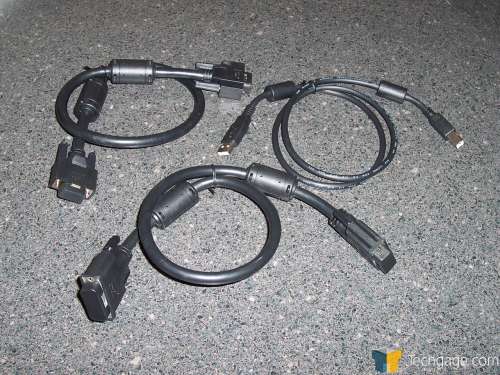 Getting to the device itself, we can see that it resembles the analog version quite a bit. One unique feature is that instead of needing a DC power adapter, the unit is powered via the host PC’s USB bus. It’s a welcome addition to the TH2Go and one that we wish we would have seen on the original. While we do not know exactly why the analog version needed a power adapter, the B-type USB connector adds to the value of the TH2Go immediately. 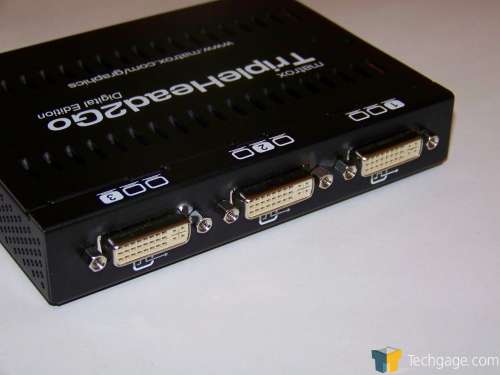 Rotating the TH2Go 180 degrees we can see the three DVI ports clearly labeled on the top of the adapter telling the user which monitors to connect to each port be it right, middle or left. 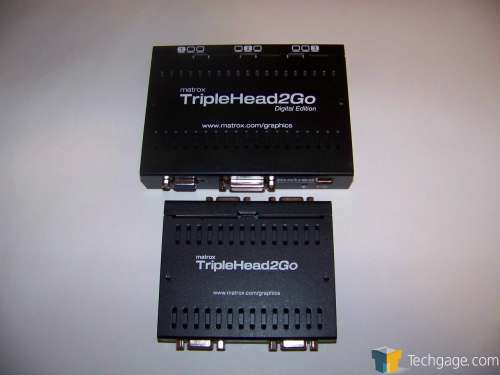 As similar as the analog and digital versions look, when placed side by side, the difference is night and day. One feature of the digital TH2Go that we love already is that all three video out DVI ports are on one side whereas on the analog version, two were on one side and the third was on the same side as the video input port. This makes the TH2Go, when connected, a lot easier to position either on a desk or behind it. Just for comparison’s sake, let’s take one more look at how the TH2Go Digital compares to not only the analog TripleHead2Go but also the dual head to go analog as well. 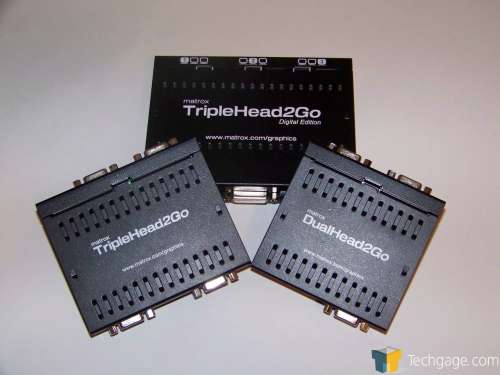 With that out of the way, let’s get right into the installation.