So you’re still using the same case you’ve been using for the past couple of years, aye? That Antec still treating you well? For many, the never ending cycle of product updates usually doesn’t include a PC chassis. As faster processors with more and more cores find their way into retail channels, kicking that old case to the curb usually isn’t much more than an after thought. Sometimes however, a new case can give new life to an aging machine by simply providing a better overall appearance.

By now, we are all familiar with the case manufacturers and the products they offer. We all know the major players – companies like Silverstone, Antec, Thermaltake, Cooler Master and recently, even Zalman have all been known for their quality offerings for a long time. But have you ever heard of Hiper?

Catching our attention recently with their first contribution to the chassis market, Hiper’s Anubis looks to be quite a solid offering and with a little work, we got one in for testing. If there is one type of hardware that we have worked with a lot over the past couple of years, PC cases would be near the top.

Often thought of as a manufacturer of power supplies, Hiper has branched out into the enthusiast market with their all aluminum Anubis. With its 3mm thick 6063 T5 aluminum alloy, the case is surely built to survive a move or two. Another unique piece of information about the Anubis is that Hiper has abandoned the traditional riveting method to keep the chassis together and has instead, opted to weld the parts together using a patented method, giving the case the sturdiness to withstand a rated 220 pounds (100 kg). While I don’t expect, nor would I appreciate, anyone sitting on my PC, should it happen, Hiper has apparently got you covered. 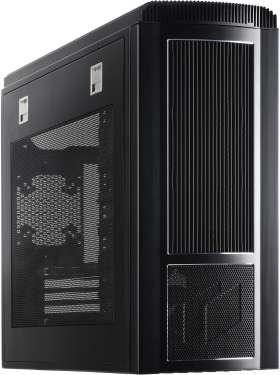 In all honesty, prior to this review, I wasn’t too terribly familiar with Hiper and their products but after a bit of research, we found that they not only produce power supplies, but also fans, cables and keyboards. Throughout the review, the Anubis continued to impress us not only with it’s sturdiness but also it’s performance. Continue reading to find out how.

Arriving in its retail packaging, the Anubis ships in a purple and black box fittingly displaying the head of its namesake, Anubis, the jackal headed Egyptian god of the dead. While the overall appearance of the tower really doesn’t bring to mind any one thought of Egyptian mythology, the packaging does a good job of tying the case and the name together. Honestly, the name Anubis sure beats a simple model number any day. 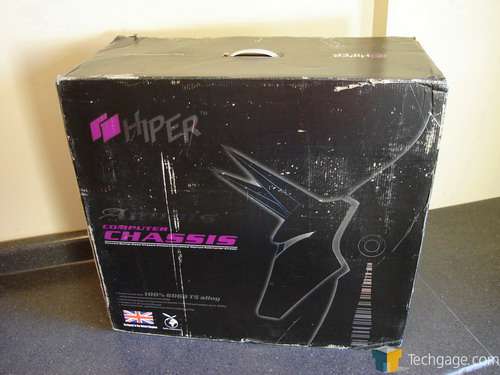 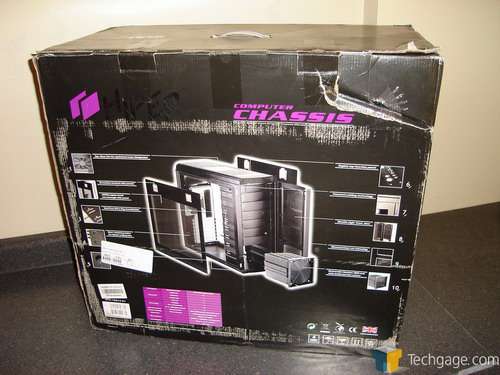 Once removed from its box, the Anubis resembles your standard, everyday tower, but upon closer examination, there is quite a bit that separates it from the rest of its peers. Being a standard mid-tower, the Anubis bring to the table everything that we have come to expect form a case of this size, but the extras is what really sets it apart from the pack.

Last month we looked at the Zalman Z-Machine GT1000 and as mid-towers are concerned, it’s been on the top of my list of favorites since our evaluation. As it turned out, as much as we liked the Zalman, there were quite a few areas of the case that could have been improved. While the case cooled our test hardware quite well, the obstructed air flow from the front of the case, coupled with the high price of ownership (just under $400 US) might position the GT1000 well out of the reach of most gamers. This is where the Anubis comes into play.

The Anubis, also being a mid-tower case, seems to have heard our gripes about the Zalman and remedied them… somewhat. For now though, let’s take a quick tour of the exterior of the Anubis and focus on what truly sets it apart from many of the other cases available today.