The Shared Storage II is relatively light on features, but it does offer the essentials. Unfortunately, Maxtor doesn’t provide detailed specifications about their products. We know that it runs Linux and uses the ext3 filesystem, and has help from widely used components such as mt-daapd for iTunes UPnP support, although there is little information beyond that available. According to SmallNetBuilder, the NAS uses a Marvell processor in the Media Vault family.

If you’ve taken a look at our other NAS storage and enclosure reviews, you will probably notice two differences. When compared to other products, Maxtor has a lot less to brag about with its feature list. Everything is worded in a language that allows the average consumer follow along and understand what’s being talked about.

Now that we’ve mentioned its features, let’s get it up and running. Setting up the Shared Storage II is a painless process of plugging the power adaptor and Ethernet cable in, and pressing the power button. A small thing to note is that it won’t actually do anything if the power button isn’t pressed, which isn’t totally obvious if you’ve just plucked it out of the box and ignored the guides. When it has power, the appropriate LED will blink when there is network activity, but the NAS will remain idle. Only after the power button is pressed, will it go through its (lengthy) boot up process, and attach itself to the network.

Maxtor includes a piece of software in the package to manage the NAS, called EasyManage. After the software is installed, it will include an icon in the taskbar to get to the interface, and allow faster access to some commands. When loading it up for the first time, it will scan the network for any the option to mount the drive in explorer, or include it in the Finder if you’re using a Mac. 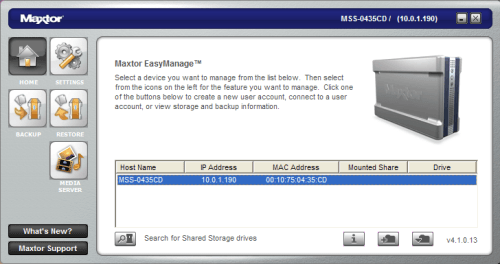 After the drive is found, the software walks you through the process of creating an account to access data. Accounts can be configured with specific permissions, such as letting an account have read or write access to a folder on the root of the drive, or making everything public to everyone. The “Home” and “Business” options listed determine what folders are created within the shared folders the account has access to. For instance, if you select home, folders like “My Documents” and “My Music” will show up, but if business is chosen, the folders will be replaced with “My Presentations” and “My Spreadsheets”. 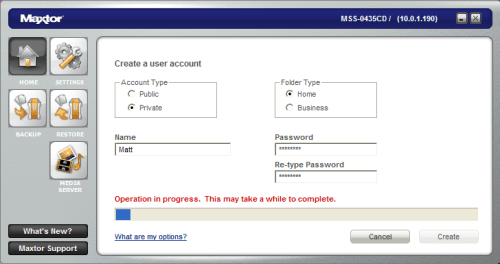 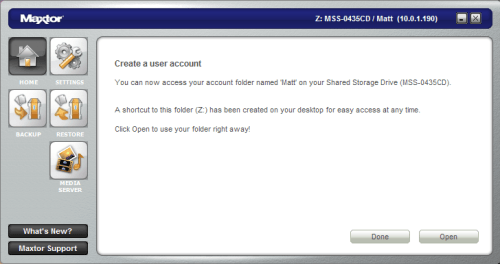 Once that process is completed, you’re ready to start using the NAS. An icon will be put both on your desktop and in Windows Explorer under the “Network drives” section with the accounts you created.

One feature Maxtor takes pride in is what they call Drag and Sort, allowing the user to upload files of a specific type, and letting the NAS organize them. So if you uploaded music and videos in one group, the music would go in the “My Music” folder and video would be copied into the “My Videos” folder automatically. Unfortunately, this is limited by specific files and folders, and much control isn’t granted.

The bundled software isn’t something I can say I’m very fond of. Essentially, it only serves at an alternate interface, and in some cases, links to the web interface to perform certain tasks, as is with the case with using the media server feature. If that weren’t enough, it’s also buggy.

Over the course of using it, it would constantly tell me it was running when I tried to access it because multiple instances were open, and crashed quite frequently. The only useful feature that is unique to the desktop client is the backup and restore feature. To use it, you click on the appropriate icon and choose which directories you want to transfer to or from the drive. 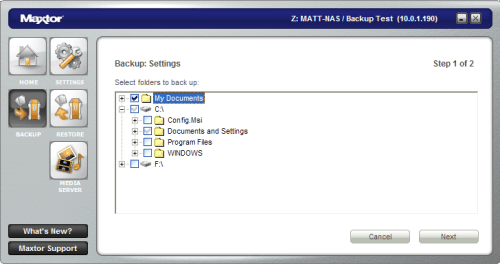 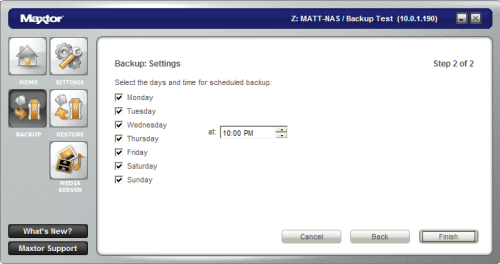 The web interface is a simple to use, but it’s incredibly slow. Compared to every other NAS device we’ve reviewed, the Shared Storage II is probably the slowest one of the bunch. Thanks to the group navigation setup, it is somewhat intuitive. Operations are broken up into six groups, the setup wizard, account management, shared folders management, backup, advanced settings and system status. To cut down on the length of the review, only the most important screens are going to be shown. 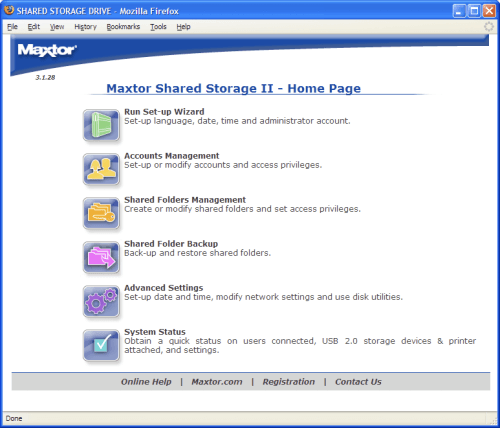 The wizard goes through the most obvious settings, such as the language, date and time. The Workgroup setting for Windows users and name of the NAS are set on the second page. 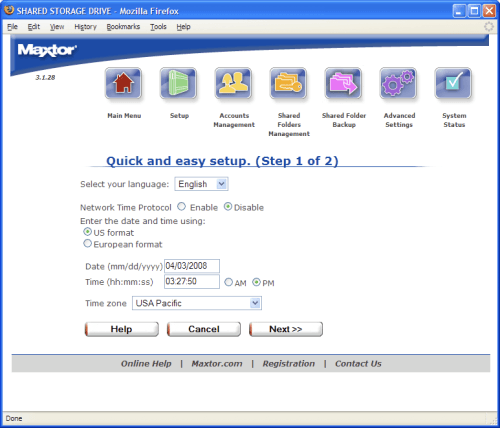 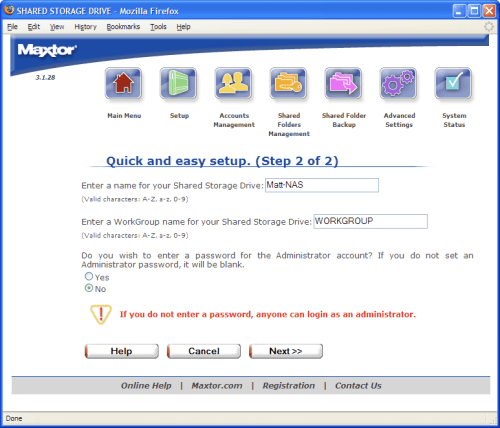 The account settings section offers more control than the desktop software with the ability to set specific privileges based on user preferences. Passwords can be changed, but the user names cannot. 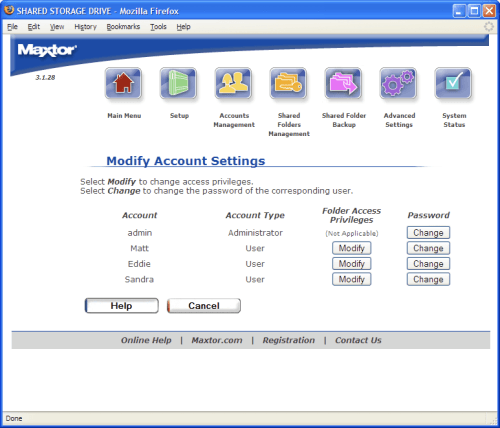 Finally, the advanced settings section offers features like configuring network settings (limited to the same settings in the setup wizard, the odd thing being no way to set a different static IP address), running a check on the hard drives, setting options for printer support and setting the drive to operate in a  RAID 0 or RAID 1 array. 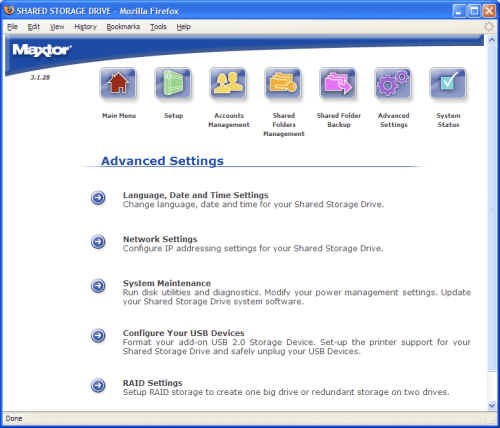 Next, we will put the SSII to the test and then wrap up with my final thoughts.