Our 3ds Max testing utilizes the latest version of the suite, and with it, we render two complex scenes: a furnished room (2400×1200), and an Audi vehicle (2000×1500). Both renders make good use of NVIDIA’s iray renderer, so we chose to go with the iterative rendering option, limiting each scene to 2,500 iterations. For most scenes, that’s not going to result in production quality, but it’s more than suitable for the purposes of benchmarking. 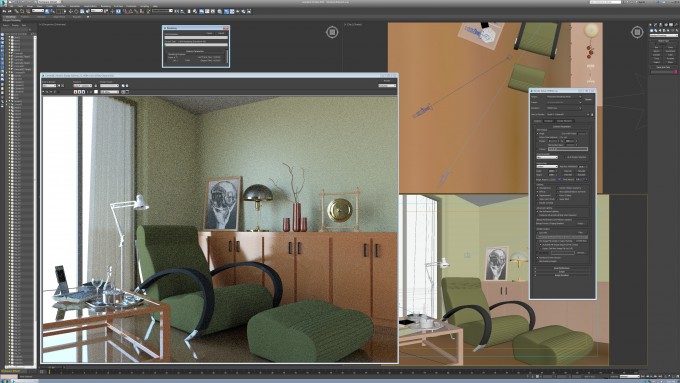 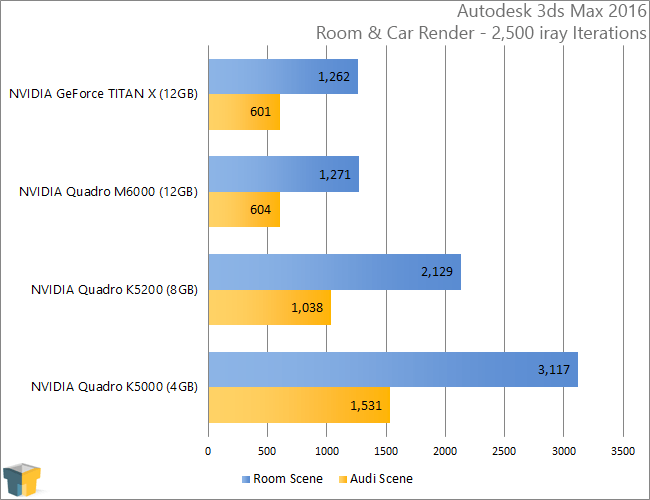 Where rendering with iray is concerned, it’s clear that Quadros don’t offer a driver-level performance advantage over GeForces. In this particular test, TITAN X came ahead just a wee bit, thanks to its slightly higher clock speed. Versus the previous-gen K5200 and K5000 Quadros, it’s not hard to see the enormous performance advantages with a card like the M6000.

Three major factors decide the ultimate performance when it comes to rendering: the hardware, the drivers, and of course, the renderer itself. If one of these components remain stagnant, upgrades to the other could exhibit nice gains. But if all of the components get a good polishing, the performance increases can be immense.

Cast in point: the iray renderer in 3ds Max 2016 performed so much better than the one in 2015, that if you happen to take good advantage of iray, it would be just as worthwhile to update from 2015 to 2016 as it would be to upgrade to a card like the M6000. 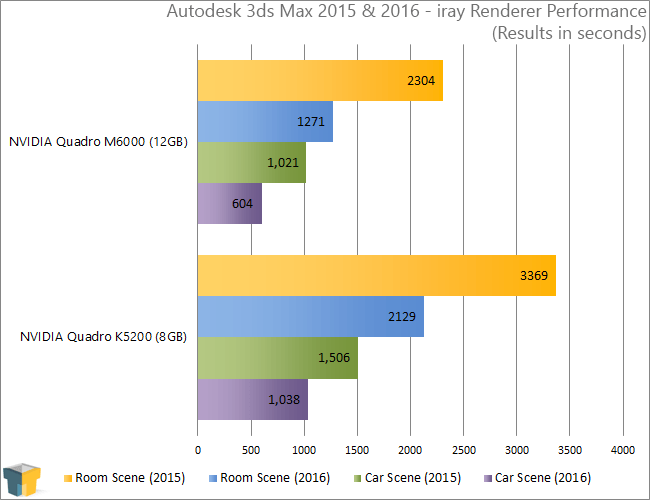 Based on our two scenes, the updated iray renderer in 3ds Max 2016 can improve rendering times by 45~80%. That means less waiting, and far improved power-efficiency. Making this reality even more impressive is the fact that these boosts are not just seen with the Maxwell-based M6000, but also the Kepler-based K5200. The K6000, K4200, and et cetera, would enjoy similar gains.

To compare our collection of WS GPUs across other renderers, we rely on Cinebench, Octane, and LuxMark. The latter is of particular interest as it renders using OpenCL. It also happens to be so good at what it does that we opt to use it for the sake of generating peak temperature and power information. 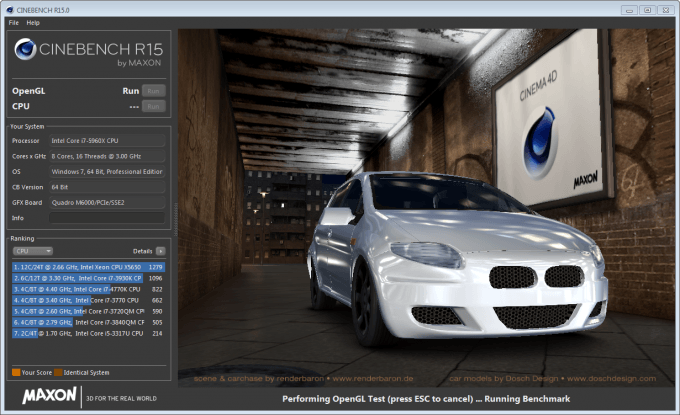 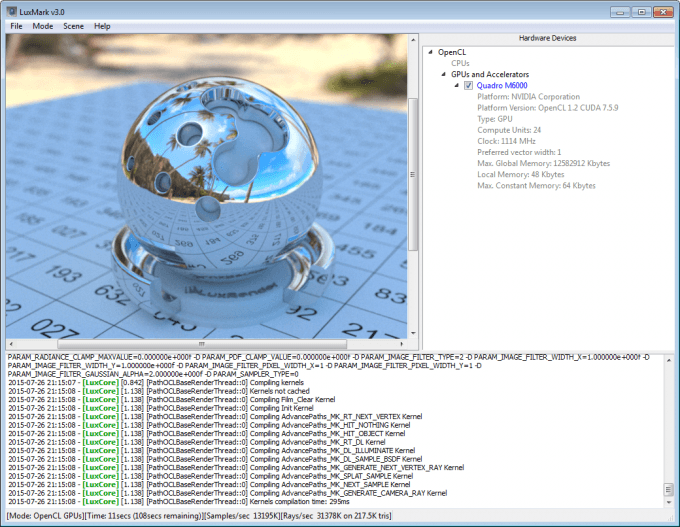 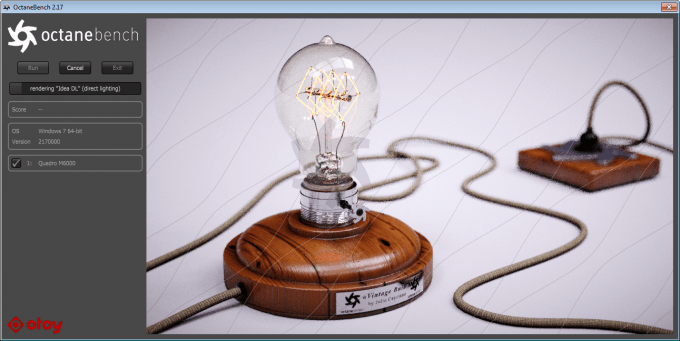 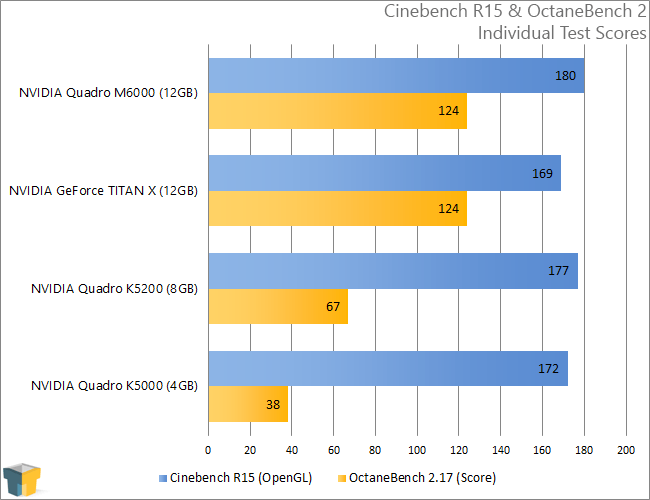 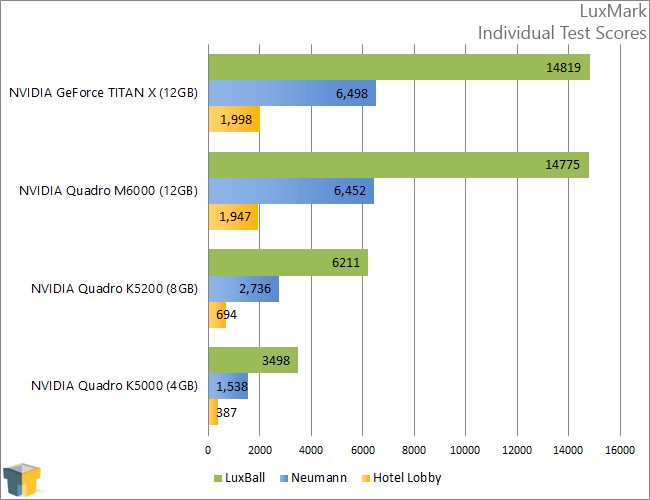