As I briefly covered in April, Autodesk’s latest 3ds Max iteration, 2016, introduces a slew of enhancements and new features. At the time of that post, I hadn’t realized just what kind of updates the included iray renderer had bundled in. At first, I had figured it might have just been a carry-over of 2015’s version, but fortunately, I was wrong.

At the forefront, iray in 3ds Max 2016 bolsters light path expressions to allow artists to isolate objects and lights based on their layer name, and also gains an irradiance render element for quick feedback on a scene’s illumination. Further, it also gains support for section planes, allowing designers to peer inside their model (eg: a building) and quickly render a preview (such as through ActiveShade).

What most involved parties are failing to promote, though, is the fact that the performance in 3ds Max 2016’s iray renderer has been given a serious boost. I noticed this while benchmarking NVIDIA’s Quadro M6000, as it would have been lazy to not test the version of 3ds Max that just came out a few months ago (I use 2015 for the sake of benchmarking with SPECapc 3ds Max 2015). The results were a little bit jaw-dropping: 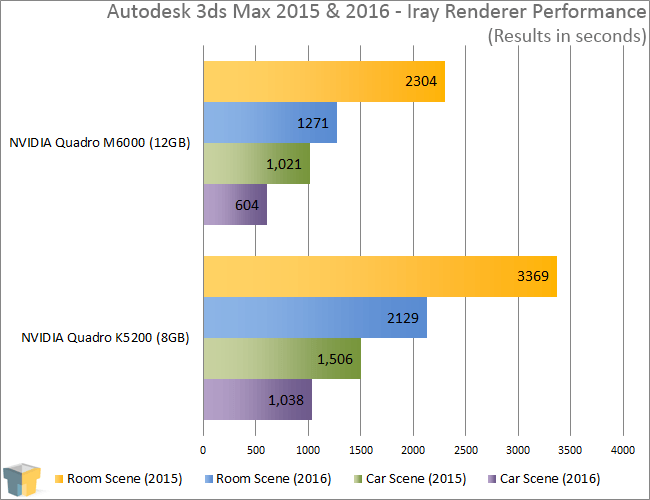 As you can see, the performance boost affects both the Maxwell-based architecture of the M6000 as well as the Kepler-based one of the K5200. All of our tests exhibited a 45~80% performance improvement with 3ds Max 2016, and for the same result (2016’s renders do seem to lighten the scene ever-so-slightly, though). I should note that all of these tests involved 2,500 iray iterations.

Shaving 45~80% off of the render time isn’t just important for saving time, it’s notable because of all the power it’d save. If a render takes an entire day using 3ds Max 2015, simply switching to 2016 (free through Autodesk’s subscription service) means the workstation will draw at least 200W less for at least 55% of the day (based on our test system of an Intel Core i7-5960X with 32GB of memory).

I should note that after poring over Autodesk’s community forums, it doesn’t seem like everyone is experiencing the mammoth gains I have, but if your scene makes good use of physically based materials, you should see some very worthwhile gains. Here are a couple of screenshots to highlight the differences: 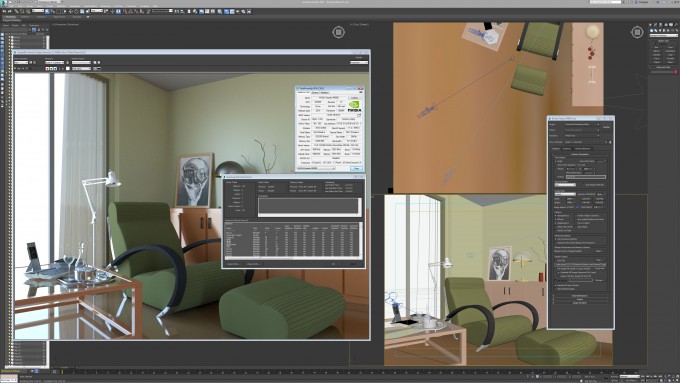 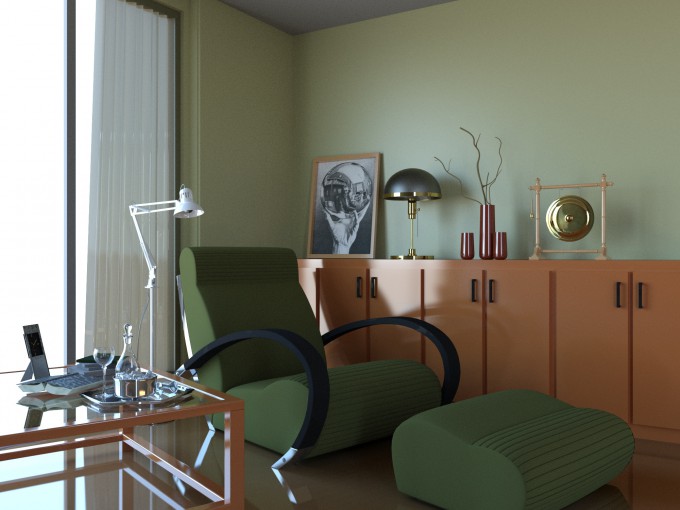 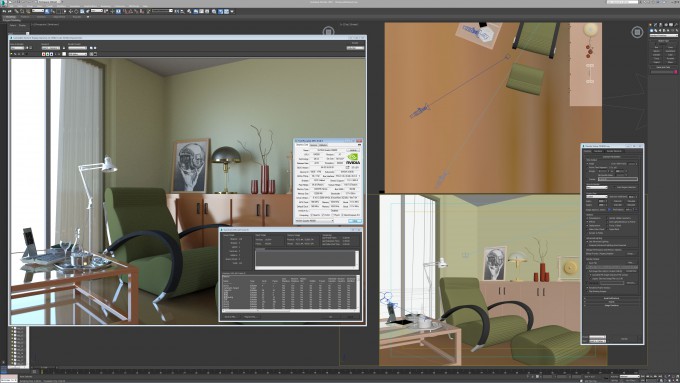 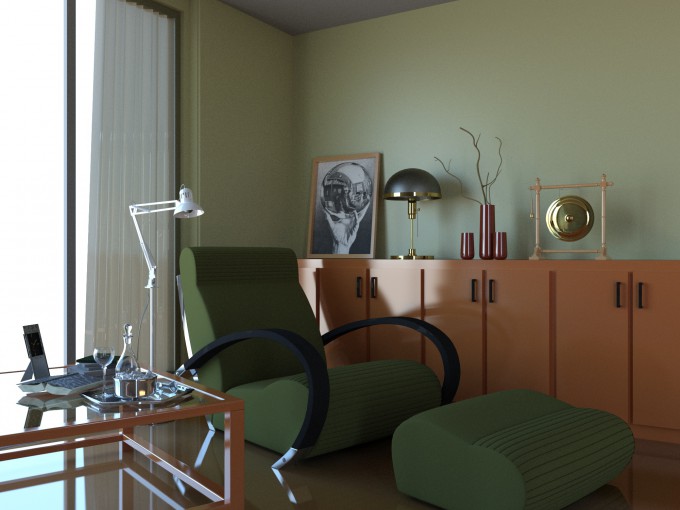 On a related note, I am still working on producing an in-depth look at NVIDIA’s Quadro M6000, and hope to deliver that in about a week. Some other little graphics card side-tracked my efforts!