In late 2010, NVIDIA unveiled the second model to populate its GeForce 500 series, the GTX 570. With it came a card that performed just about on-par with the previous-generation’s champ, the GTX 480. Fast-forward to today, and we’re experiencing a bit of a deja vu moment; the just-announced GTX 770 becomes the direct replacement of the GTX 680.

Given that, it might seem that the GTX 770 should be called the GTX 680 Ti or something similar, but because the 770 includes some exclusive 700 series perks (like GPU Boost 2.0 as mentioned above), NVIDIA’s naming scheme is justified. And, well, with 700 having launched, it makes no sense to roll-out a new product with an old name. 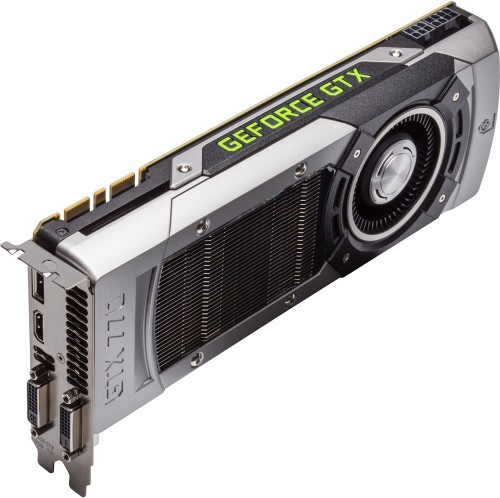 So, let’s speculate. With a $250 gap between GTX 770 and GTX 780, it seems inevitable that a $500 option will hit after NVIDIA’s able to get some lower-end models out there. With the advent of high-res gaming (we’re talking above 1080p), a 3GB framebuffer almost seems like it should be a given at this point, but it’s not possible on GK104. The 384-bit memory bus is also important. Those features along with a clock boost would justify a $500 price-tag quite well. The upside to a model like this is that it wouldn’t affect the GTX 780’s market placement at all, thanks to the fact that it bundles in 50% more cores. If NVIDIA wanted to deliver a knockout punch to AMD, it could boost the “GTX 770 Ti” core count to 1,920.

If it turns out that I’m way off the mark with that speculation, I’ll just put the blame on this delicious, ice cold thought-enhancing Maudite.

As per the usual, let’s take a quick look at NVIDIA’s current lineup:

While the GTX 770 is based on the same chip as the GTX 680, both of its clocks have seen a boost, resulting in a TDP bump from 195W to 230W – rather substantial. As we’ll see in our testing, though, it’s a bump that reflects itself in our benchmarks.

You might have noticed a “7” there in the Mem MHz section – and no, that’s no typo. For the first time on a graphics card, NVIDIA’s offering GDDR5 at speeds of 7,010MHz, boasting bandwidth of 224.3GB (+15% over GTX 680). This increase, along with the clock boost to 1,046MHz, should result in some interesting benchmarking.

When I first tore the GTX 770 out of its box, the first thing I thought was, “Welp, this isn’t going to be $400.” I had figured that NVIDIA was going to price the GTX 770 to align with AMD’s Radeon HD 7970 GHz Edition at ~$450, even though both were likely to come out about even in performance. So, NVIDIA made a great move with retaining its X70 pricing here. The GTX 770 looks to be an attractive card inside and out.

After a quick look at our test rig and methodologies, we’ll get right into our first benchmark: Battlefield 3.