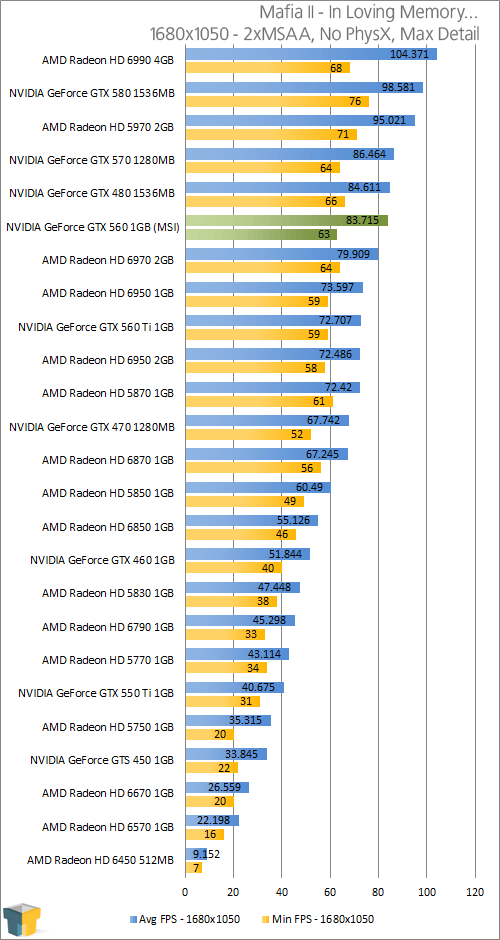 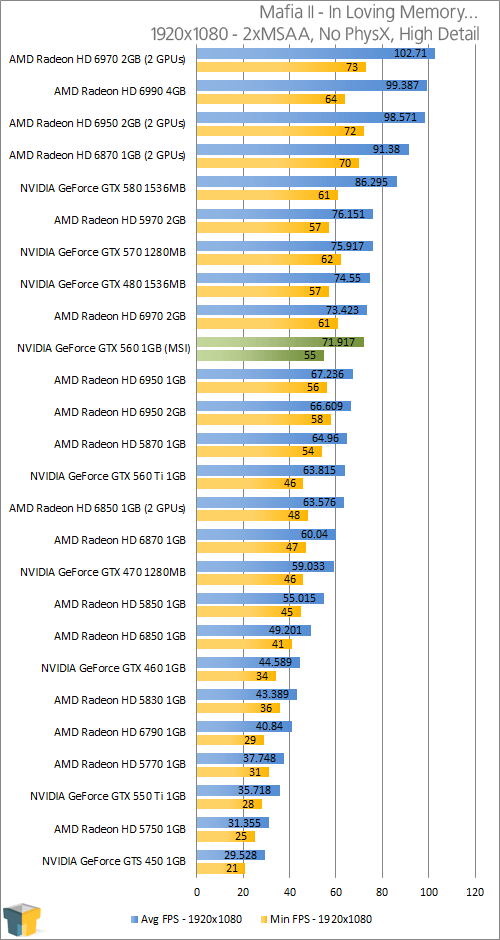 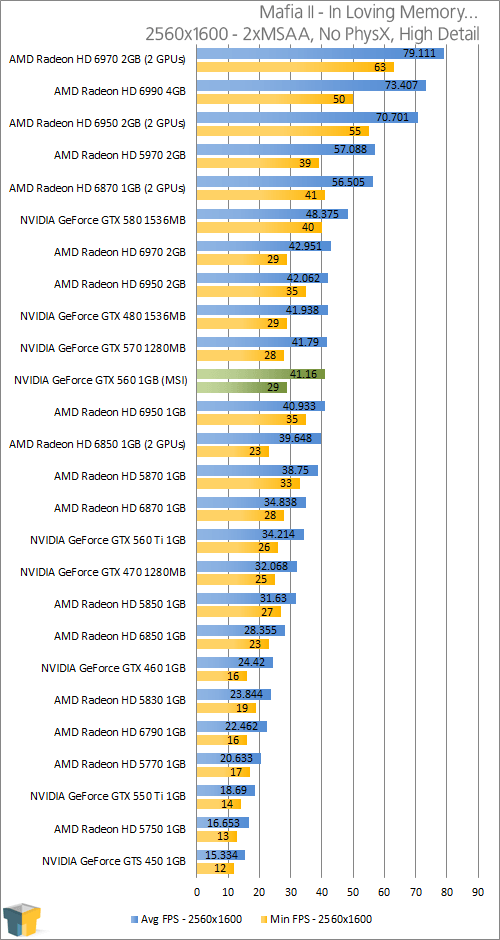 Where Just Cause 2 favors AMD cards, the vice versa can be said about Mafia II. There’s been an interesting turn-of-events, however. While the non-Ti MSI card has had a hard time to surpass the reference Ti model in most cases, it soars past it here. It seems that for whatever reason, the higher clocks mean a lot more to this game than the number of CUDA cores. At 2560×1600, it even manages to match the GTX 570!