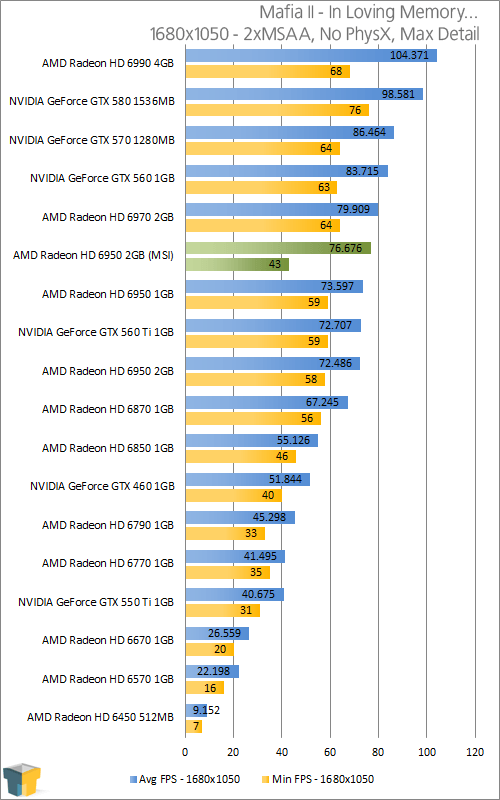 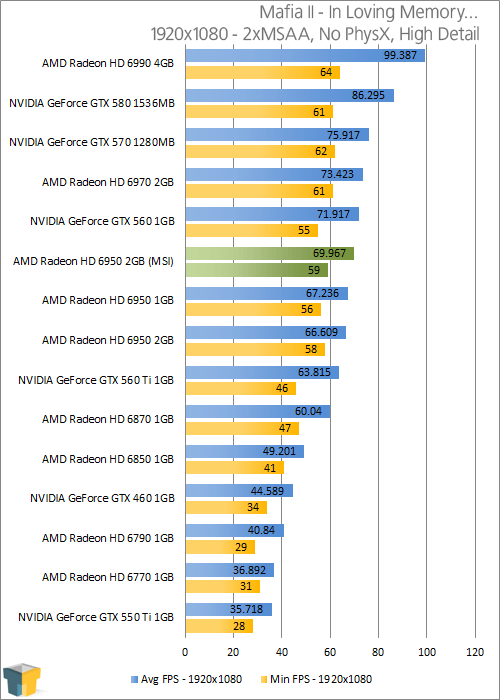 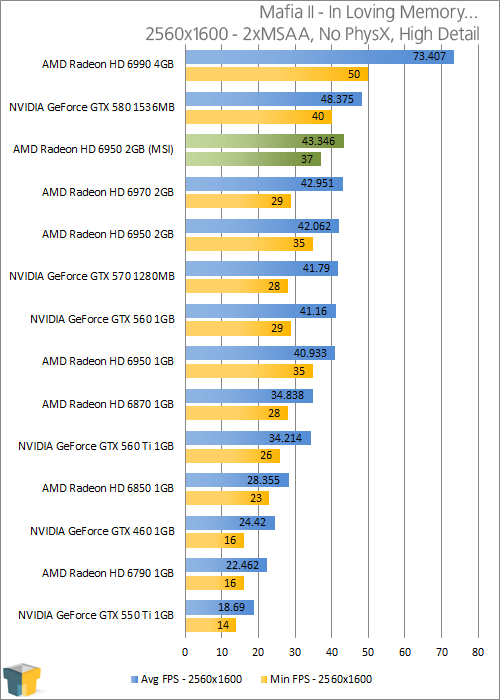 At the lowest resolutions, things got back to normalcy, but at 2560×1600, MSI’s card again impressed, sitting right behind NVIDIA’s GeForce GTX 580, but as it barely surpassed the stock HD 6950 by any real measure, AMD’s recent driver improvements apparently aren’t global.