Sylish cameras are nothing new, but Nikon takes sexiness in cameras to a new level with their S50c. It’s curvy, sleek, compact and feature-packed. It includes a huge 3.0″ LCD screen and offers 7.2 megapixel images. Is the smaller frame worth the slight lack of image quality?

What Nikon does excel at though, is creating the sexiest digital cameras on the market. Yes, I said sexy, and so did Nikon. There is a reason they have Kate Moss modelling off the S-series in their commercials. There’s no denying the fact that it’s a classy camera, and compact as well. It will fit into a purse, pocket, cleavage.. anywhere.

We first took a look at the S6 last October which is where this cameras style evolved from. Despite its small frame, it has curves in the right places, easy to hold onto and lots of things to love. Yes I am still talking about a camera.

The S50c as I mentioned, is part of Nikon’s style series. First and foremost, cameras in this series have to look good. Second, they are not known for offering professionals a slew of options to deal with, but is made easy to use by anyone who wants to take some quick photos and look good while doing so.

Found here is a 2.5″ sensor capable of capturing 7.2 megapixels, aka 3072×2304. This is fantastic for printing, although it’s probably overkill for most people to begin with. The lens is a 3x Zoom-Nikkor with a focal range of 6.3-18.9mm with an aperture of f/3.3-4.2. If digital mode is used, zoom is increased 4x, but the results are less than ideal. 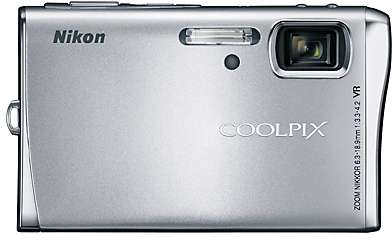 One huge gripe I have with Nikon’s point-and-shoots is that there is no viewfinder, instead they have a very large 3.0″ LCD screen. This is fine when conditions are right, but I took this camera to a park a few weeks ago and couldn’t even see what was going on in the screen because of the sun. I am sure I am not alone here, it’s impossible. If you are out in the sun, you can’t see what’s on the screen, it’s common sense. That said, I’d love to see a viewfinder on a smaller Nikon point-in-shoot in the future. The P5000 has a viewfinder, but it’s closer to a DSLR with a fixed lens than a point-and-shoot. 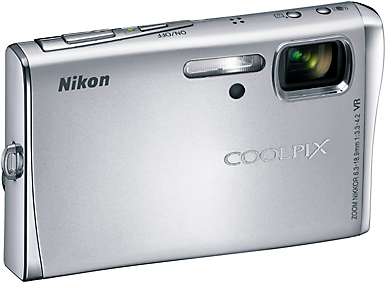 That rant aside, the screen has a nice 230,000-dot resolution, similar to what’s found on their D-series. The S50c has a larger screen than what’s available on those though. The camera has 13MB worth of internal memory and accepts SD cards for expansion. It accepts SDHC cards as well, in case you want to grab a card with a very high density.

ISO is the new megapixel. As the megapixel race is slowing down, the ISO rates are going up. The S50c offers a range of ISO 100 all the way up to 1600. Given the fact that this is a small camera in a modest price-range, I would not expect to see amazing results with anything above ISO 400.

Also included is vibration reduction, which when activated, will drain the battery far quicker. However, VR is an amazing technology that is an absolute joy to use if you are travelling without a tripod. The VR is built straight into the lens, not the body, a plus. 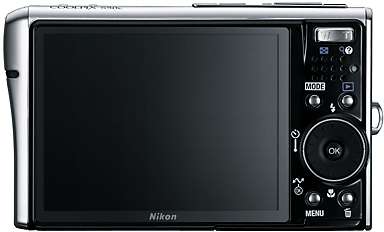 The rated battery life is 130 shots on a single battery charge. After the initial charge, I had the camera die on me after about 100 shots, so I didn’t quite make their rated spec. From any viewpoint, 130 pictures per battery charge is horrible, but not uncommon of such small cameras. This is a side-effect of having a custom battery in such a small frame. If the camera utilized AA batteries, the shots/charge ratio would be at least five-fold.

Now that we have covered all the bases, lets now take a look at image quality, color and also our final thoughts.