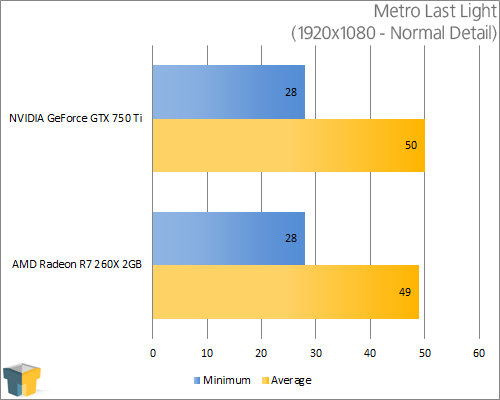 We might as well call the results identical at this point. 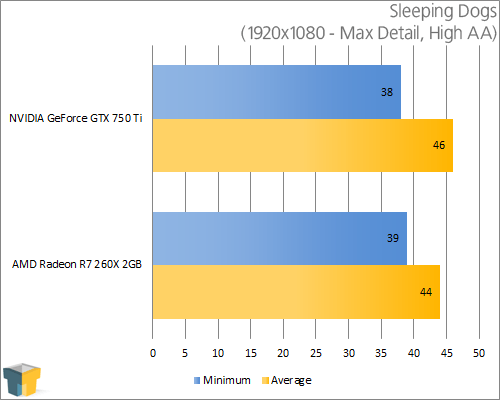 Sleeping Dogs might be an AMD-targeted game, but NVIDIA still managed to keep its 750 Ti ahead here (which could owe its thanks to specific improvements added for the game in the latest GeForce driver).