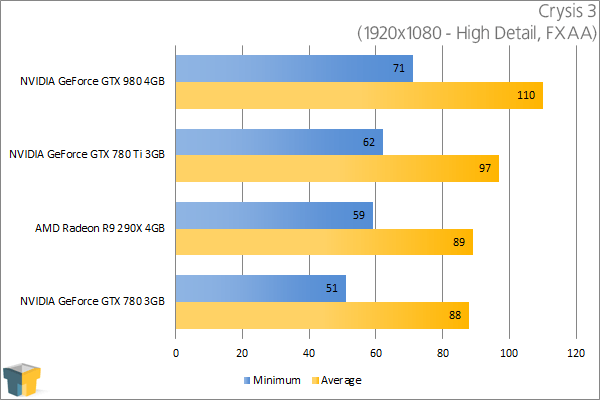 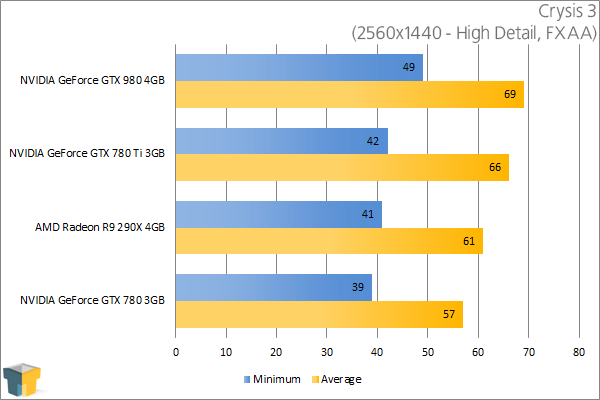 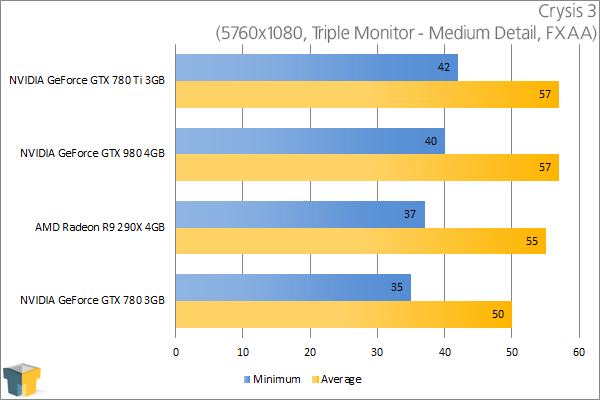 Can it run Crysis 3? The answer would be “yes” to all four of these cards, with resolutions up to 1440p being no problem at all when using the High detail settings. If you wanted to use Very High, you’d have to opt for a second GPU, or keep to 1080p. At 5760×1080, the Medium detail setting gives us playable results on all of the cards, with the 980 and 780 Ti interestingly performing the same there. 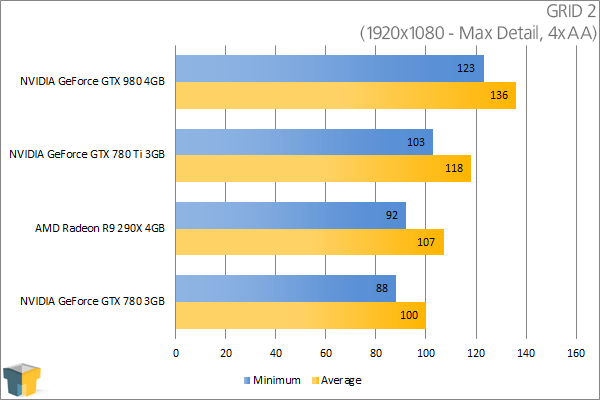 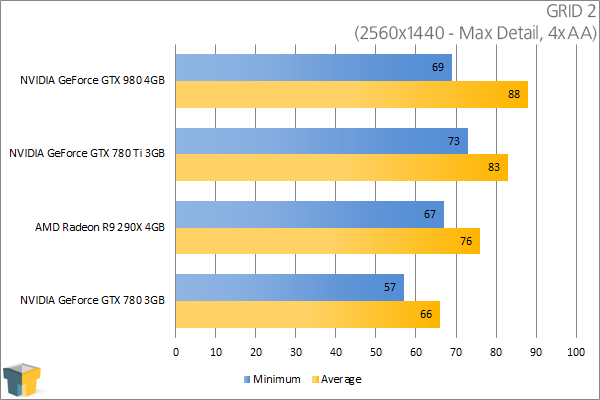 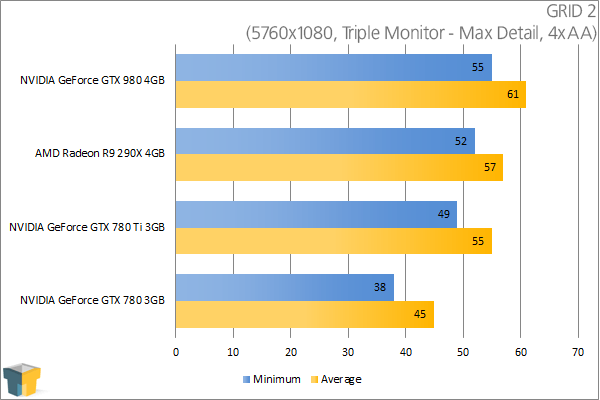