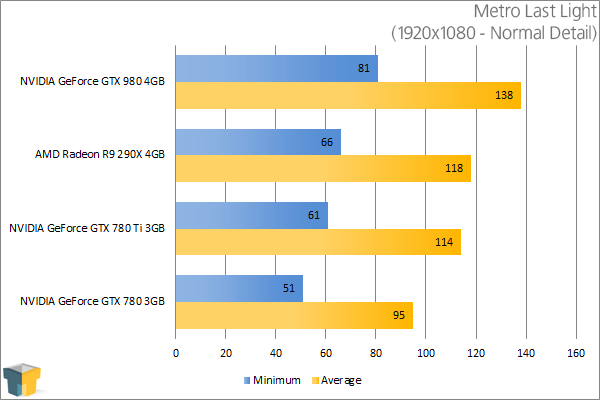 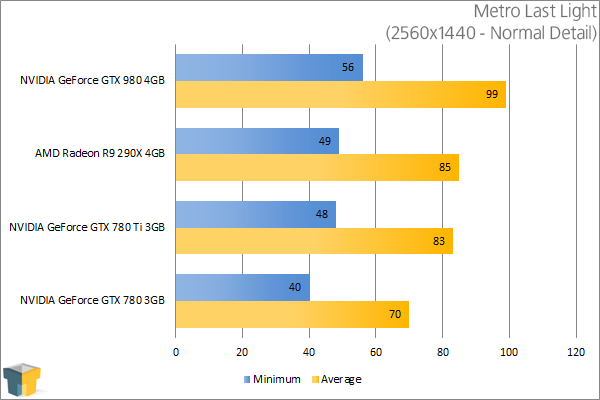 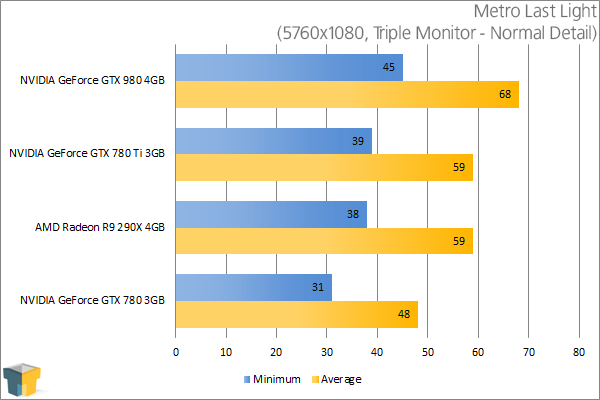 All of the cards handle this benchmark just fine at 1440p and under, and for the most part, the same could be said about our multi-monitor resolution. The 780 Ti and 290X fall a bit behind the 980 (which is to be expected), but they still settle in at 60 FPS. Again though, this benchmark is not representative of real gameplay at all (this and SHOGUN 2 are the only ones in our suite that fall into this camp); like 3DMark, it’s simply a benchmark to see what each card is capable of in a perfect scenario. 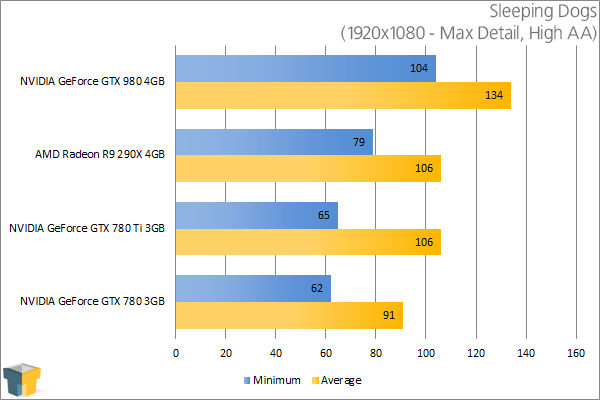 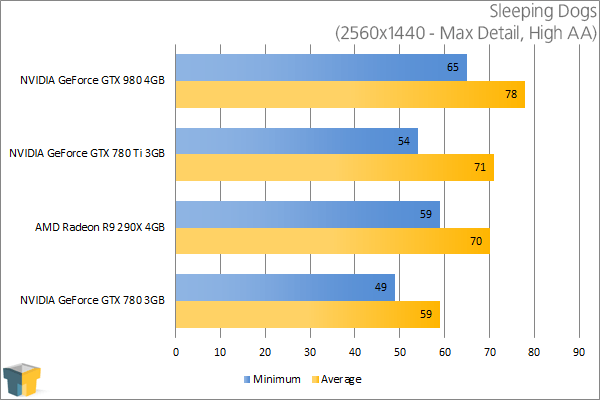 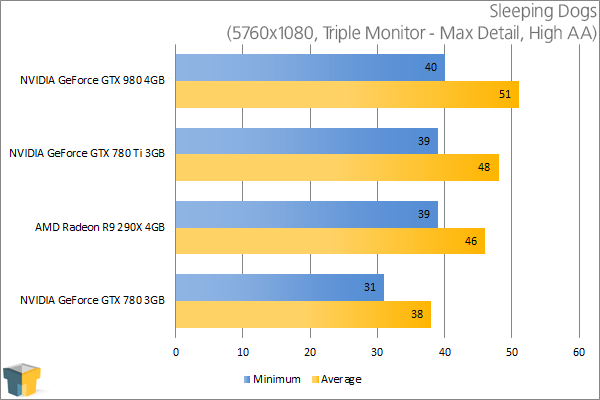 Sleeping Dogs might have come out two-years-ago, but I’d argue to the death the fact that it’s still one of the best-looking games out there. Once again, the only resolution to prove challenging is 5760×1080, but reducing the anti-aliasing to “Normal” (which admittedly won’t make a large difference in game) would boost the top three cards past 60 FPS, and the 780 close to it.