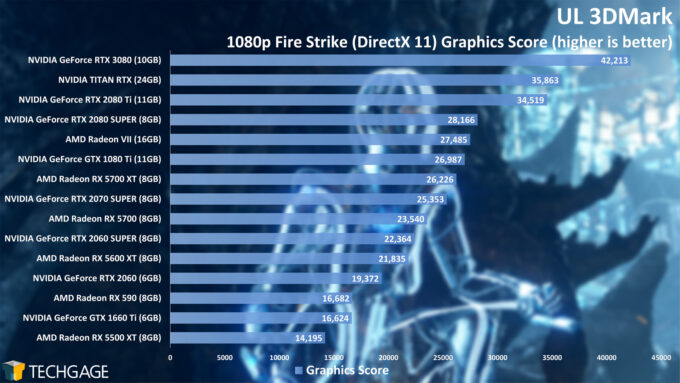 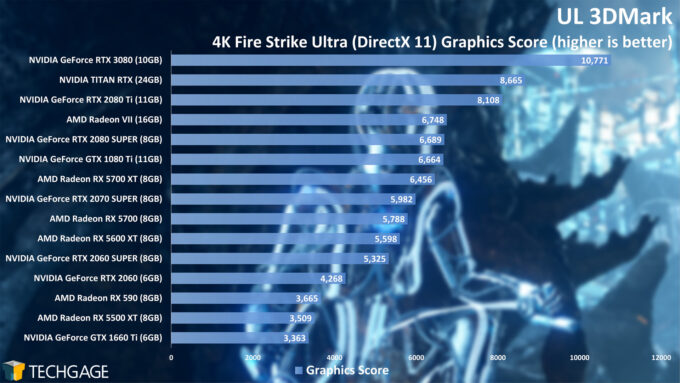 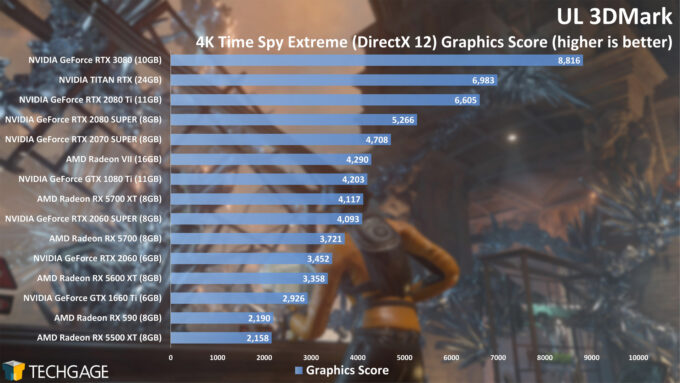 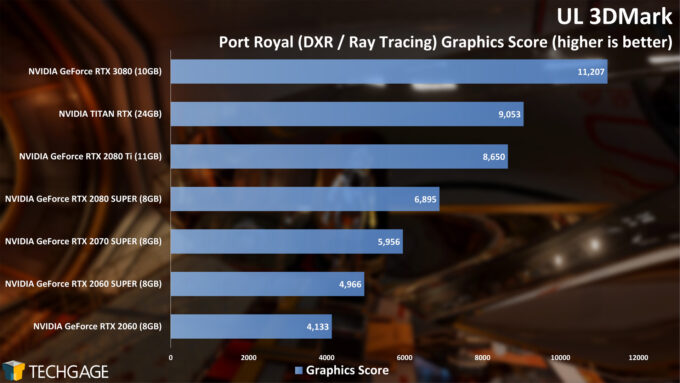 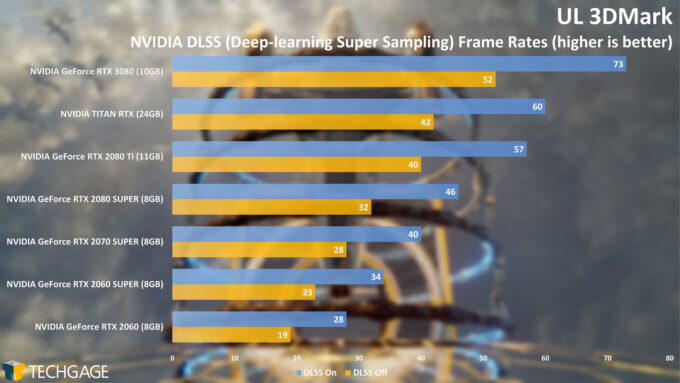 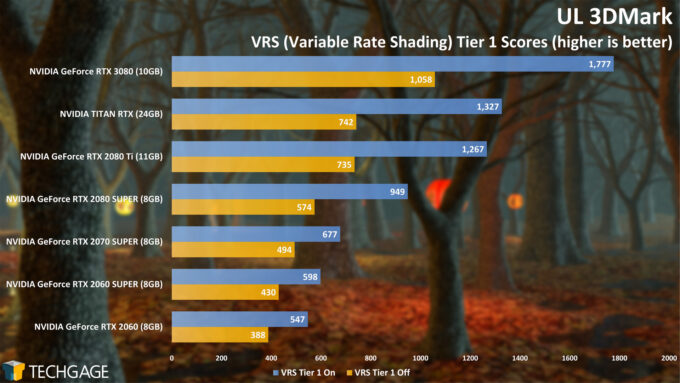 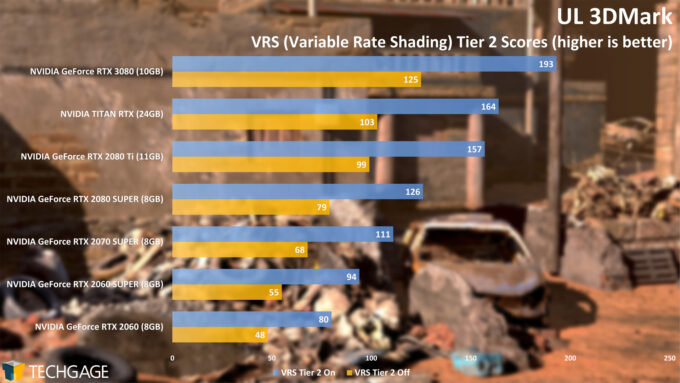 As mentioned before, we’re planning to dive into more RTX-specific testing down the road, having focused primarily on ray tracing on the previous page. 3DMark still gives us a great way to test specific features on their own, though.

The VR tests show the biggest gains gen-over-gen here. The Tier 1 test shows a staggering 87% improvement over the 2080 SUPER, and 34% over the TITAN RTX. The Tier 2 test shows reduced gains, but they’re still really impressive: 3080 scores 53% higher than 2080 SUPER. 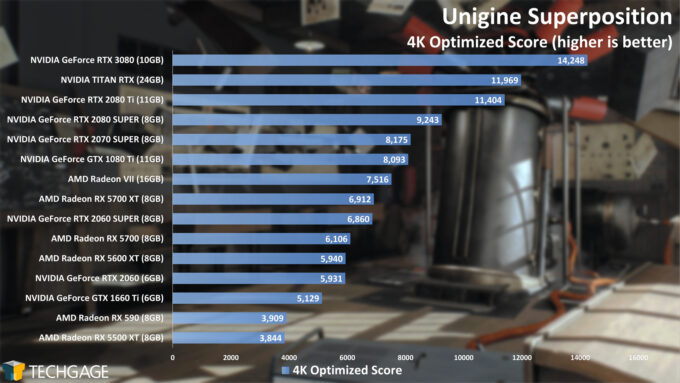 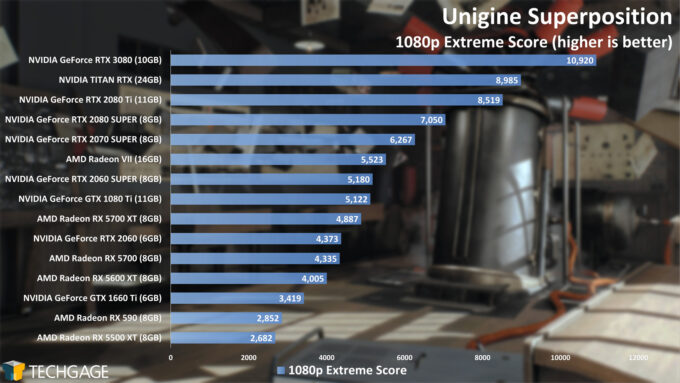 We probably didn’t need another synthetic benchmark to tell us what we already know, but it’s good to be thorough, right? In Superposition, the RTX 3080 outperforms the 2080 SUPER by 54% with both these 1080p and 4K profiles.

Wfrapping our gaming review, on the next page we look at power and temperature, as well as our closing thoughts on the RTX 3080 launch.