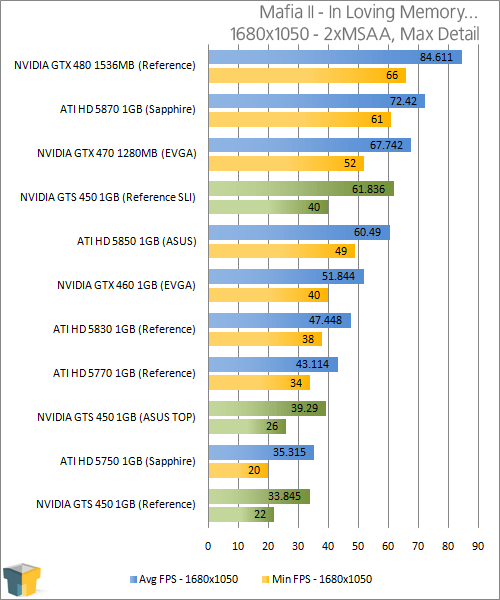 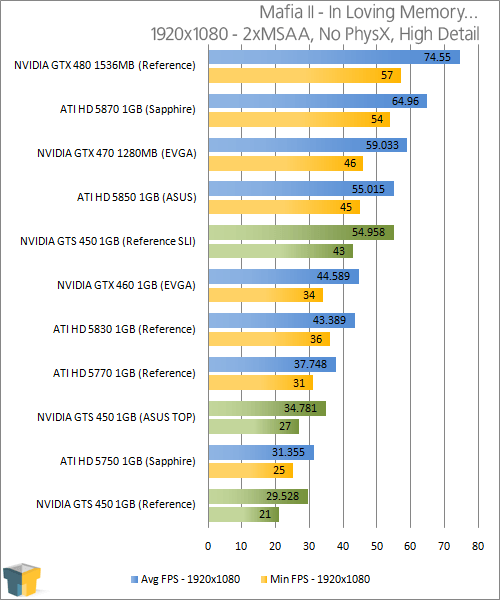 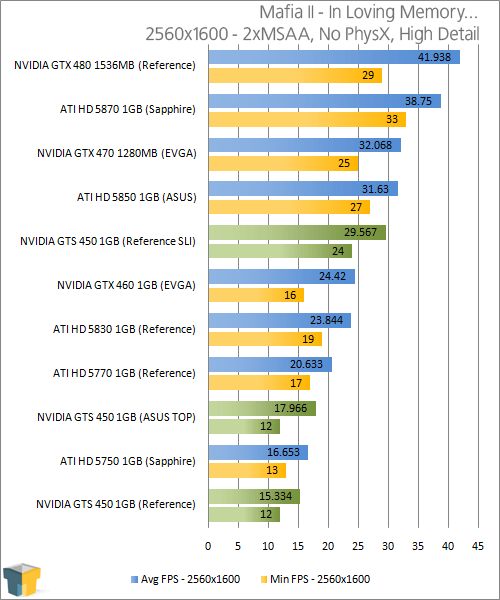 Given that NVIDIA worked very closely with 2K Games on this title, I had expected the GTS 450 to dominate, but that wasn’t the case at all. The HD 5750 came out just inches ahead, and for our SLI configuration, that came out right behind the HD 5850. So far, it’s the SLI performance that’s impressing me the most… it’s almost amazing.

As odd as it may seem, even though the HD 5750 came out ahead in our standard tests, the GTS 450 proved the better card in our best playable tests. For whatever reason, the GTS 450 cards performed better at top settings without 0xAA at 1920×1080 than our HD 5750, which had to use medium detail settings.