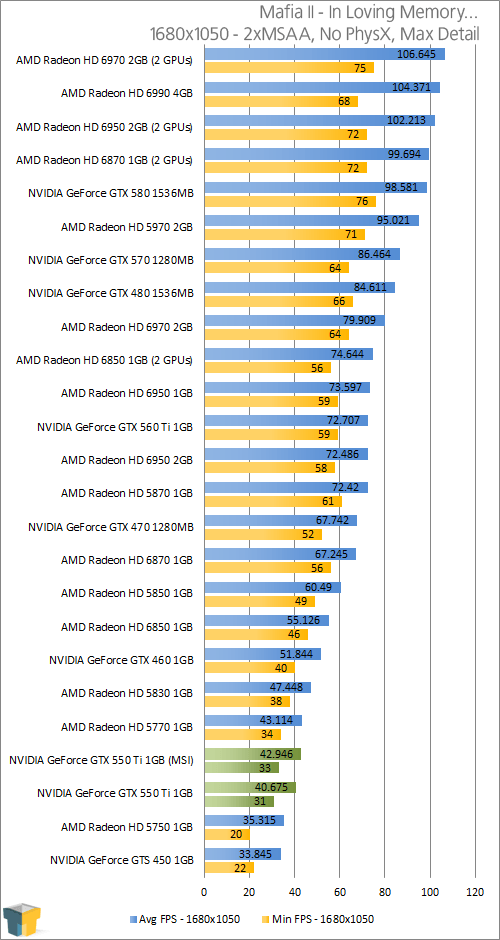 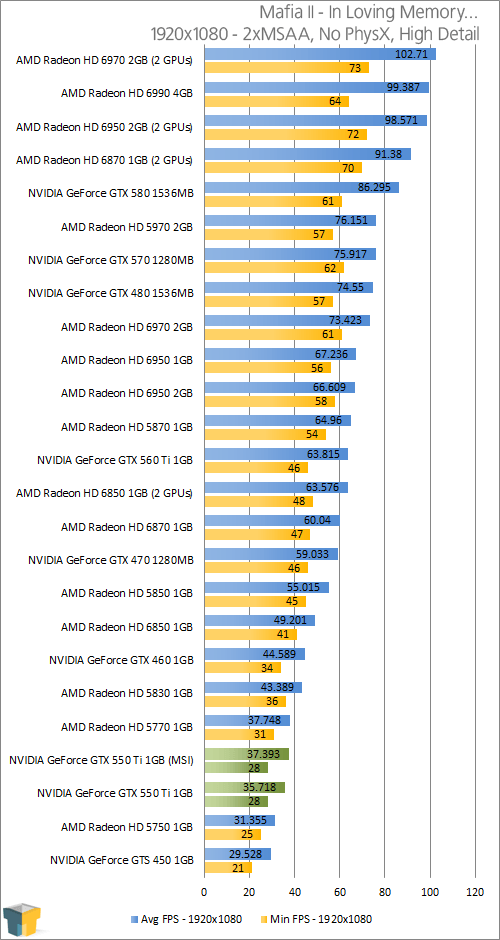 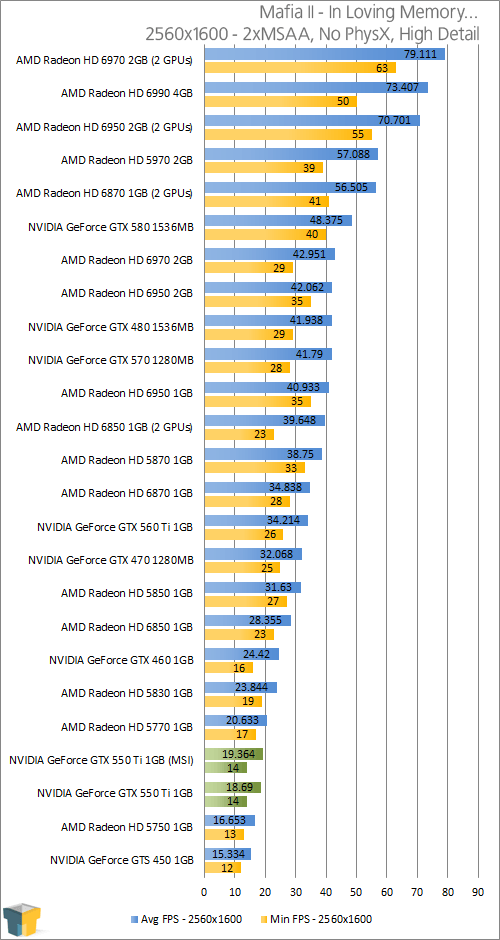 Similar to Just Cause 2, Mafia II seems to be a game that turned its favor towards NVIDIA cards after some point, so overall, the GTX 550 Ti and HD 5770 perform very similarly, with AMD’s card taking the slight edge.