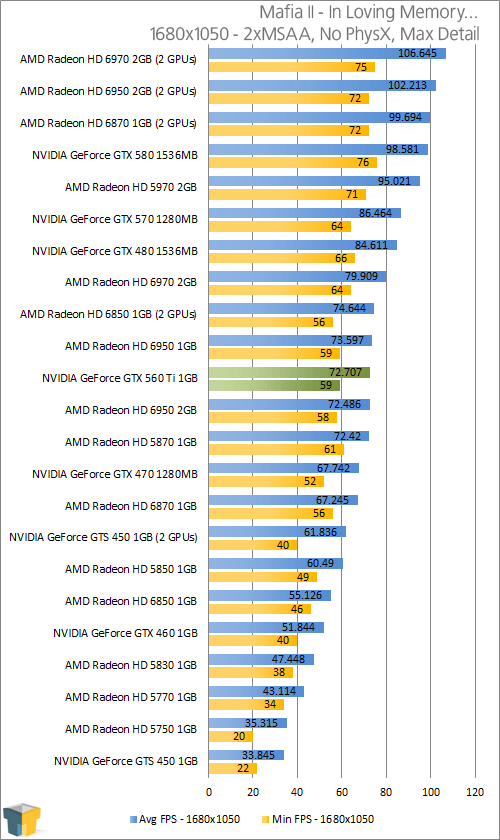 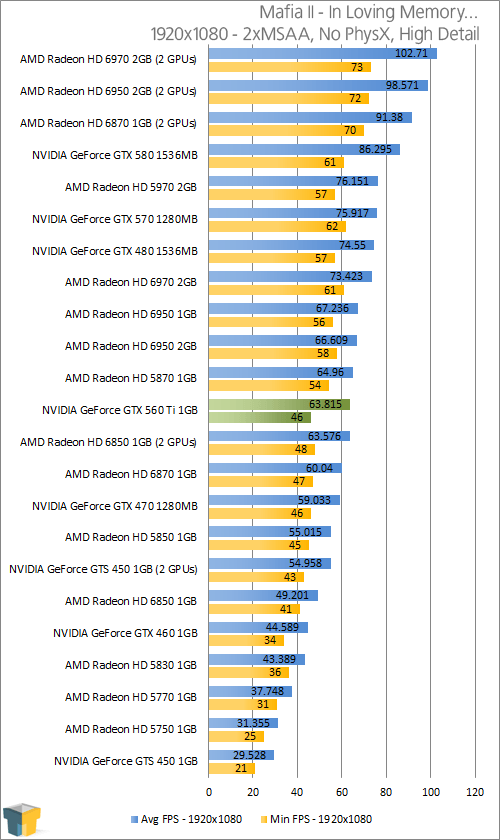 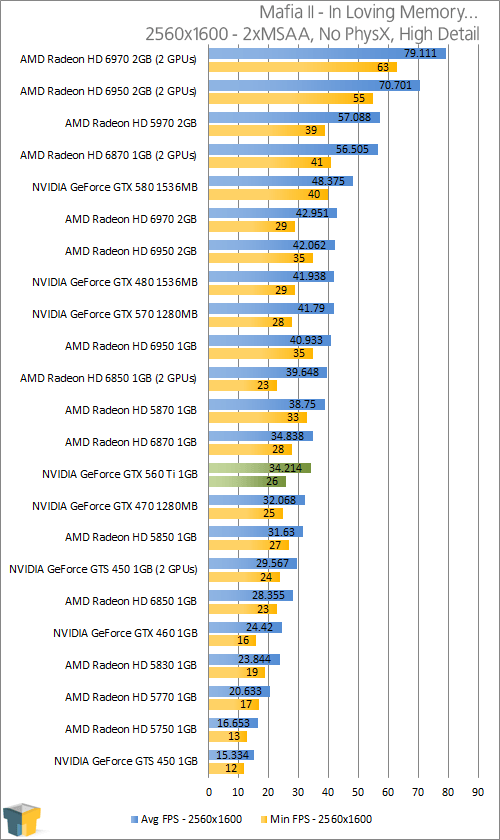 The previous couple of games seem to run better on AMD cards on average better than NVIDIA, but Mafia II is one of those that should run better on the green team (err, as in, NVIDIA). Here, that’s not so much the case. Though both the GTX 560 Ti and HD 6950 1GB should be about equal in performance, AMD’s card edges ahead here.