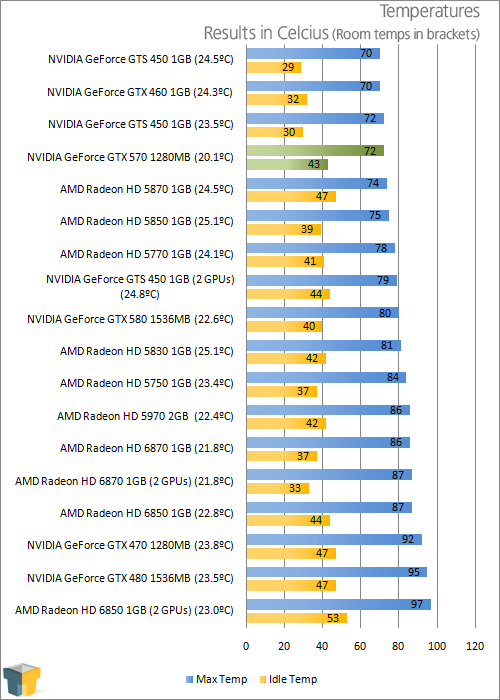 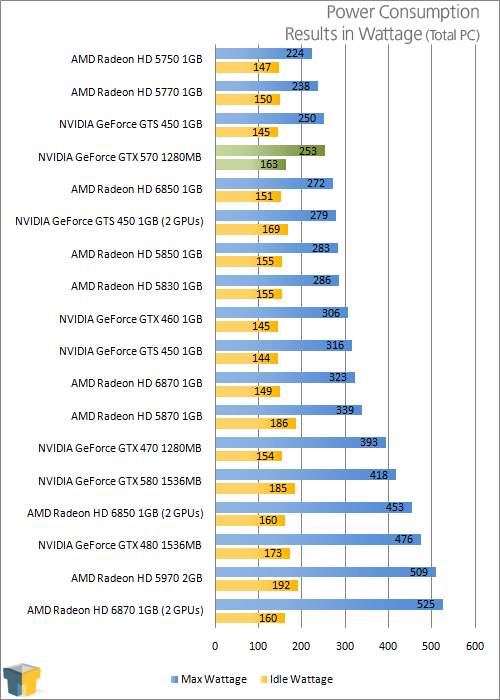 Because NVIDIA changed the way power throttling occurs on the GTX 500 series, running a program like OCCT or Furmark isn’t appropriate, because both the temperatures and power consumption results are going to be incorrect. As an example, while running OCCT on the GTX 580, the card recognized that it was being stressed too hard and throttled its voltages, resulting in an overall system draw of 319W. By comparison, a Heaven run resulted in 418W as seen above.

Being that the GTX 570’s TDP is 319W, 4W higher than the GTX 470, we can see the “improvements” NVIDIA made to its power efficiency. The GTX 470 scored 393W at full load, and the GTX 570 hit 253W. We’re still evaluating methods to produce more reliable power results. NVIDIA certainly turned the tables on our methods here, that’s for sure.