Has NVIDIA’s latest product done enough to end the year on a high note for the company? That all depends on your perspective of things, but what we do have here is a mostly attractive offering. More often than not, the GeForce GTX 570 was considerably faster in our tests over the GTX 470, so as a direct replacement, that in itself is noteworthy.

To add to it, the power consumption hasn’t increased much, if at all, and neither have the temperatures. Unfortunately, due to NVIDIA’s recent changing of it’s internal power handling, tools we normally use simply can’t be here, so we’ve been unable up to this point to deliver accurate idle and max TDPs. Even 3DMark Vantage doesn’t manage to push the GPU hard enough to see a huge power draw, so NVIDIA in effect, screwed our power consumption tests over. This is not a bad thing per se. We’re still working to find a verdict on that.

By the looks of things, NVIDIA’s not alone, as AMD’s Radeon HD 6900 series could have similar power tweaks, and whether or not they are as “effective” to the extent of NVIDIA’s, we’re going to have to find a better solution to test out power consumption, because as it is, we simply can’t using our typical methods. Still, judging by the TDP values the company gave us, the GTX 570 is in a good spot, at around 219W. 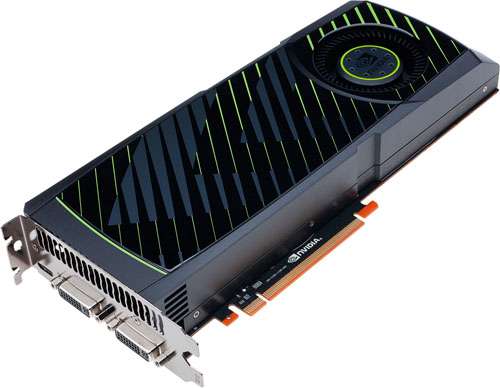 All of that taken into consideration, is the GTX 570 a winner? Again, it comes down to personal preference. By no means is the GTX 570 overpriced, as the improvements seem to warrant the minor price hike, but whether or not people are going to jump all over a GPU that simply raises the bar and price at the same time is yet to be seen.

The GTX 470 has been priced at around $260 for the past month or so, and the GTX 570, despite being just 20% on average faster, costs $90 more, to settle in at $350. That’s kind of high, as someone could no doubt purchase two GPUs at half that price and see far improved performance. If the GTX 570 was priced at around $300, it’d almost be a no-brainer, but at $350, it’s treading in high-end territory, and it’s going to be a tough sell given the performance of other configurations.

The GTX 570 is far from being a poor release, but its price is going to need to be reduced for it to really gain some traction into the market, because after analyzing our results, the GTX 470 at this point in time is going to deliver the best bang for the bank in this comparison. Things might also change in the weeks ahead when AMD launches its Radeon HD 6900 series, so before buying anything, I highly recommend you wait for our analysis on the situation after that happens.