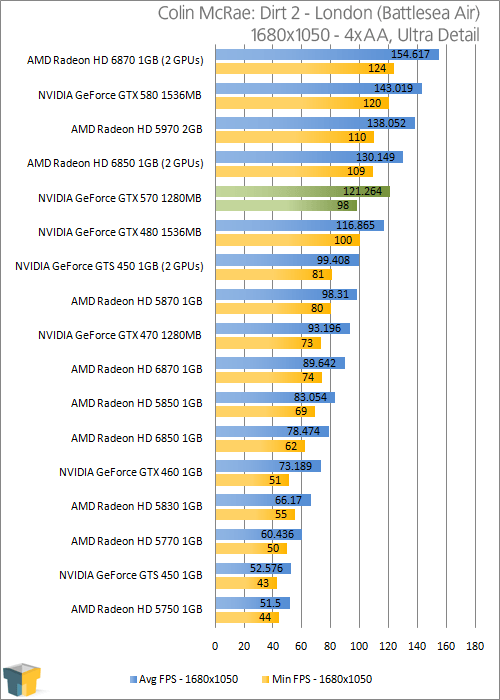 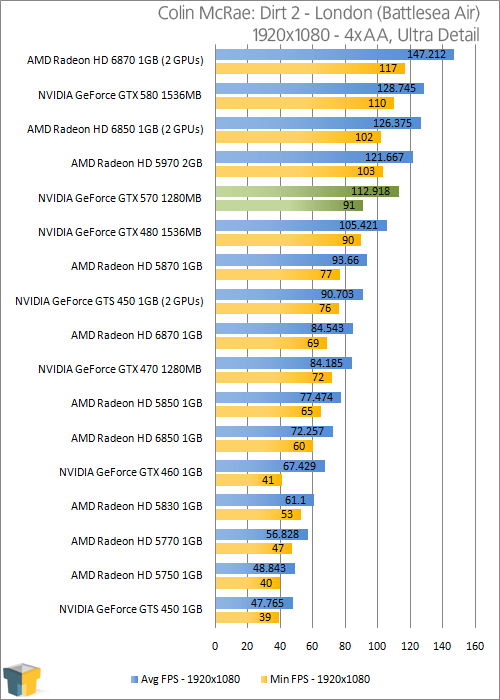 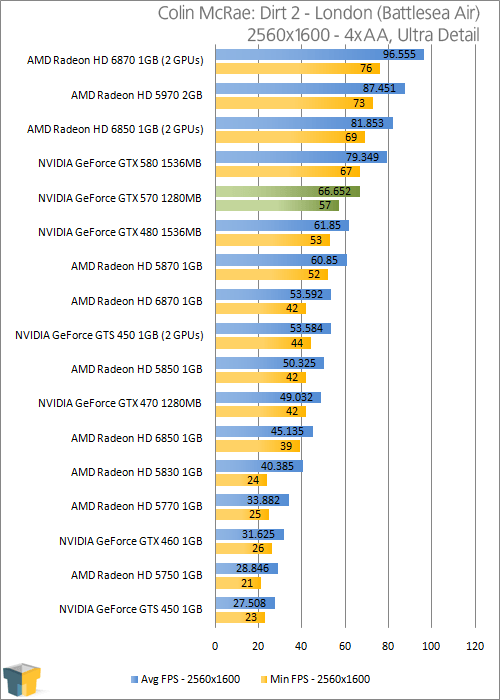 Given that the price difference between the GTX 580 and GTX 570 is $150, it’s nice to see the latter perform so well here. At the same time, we saw some considerable jumps in performance compared to the GTX 470.

All of the cards we test with can handle the game at 2560×1600 with playable framerates, and most of those can handle it with max-out detail settings. So it’s no surprise that the GTX 570 becomes another one of those. It looks like it might be soon time to replace this racing game with another, one that’s a bit more demanding.