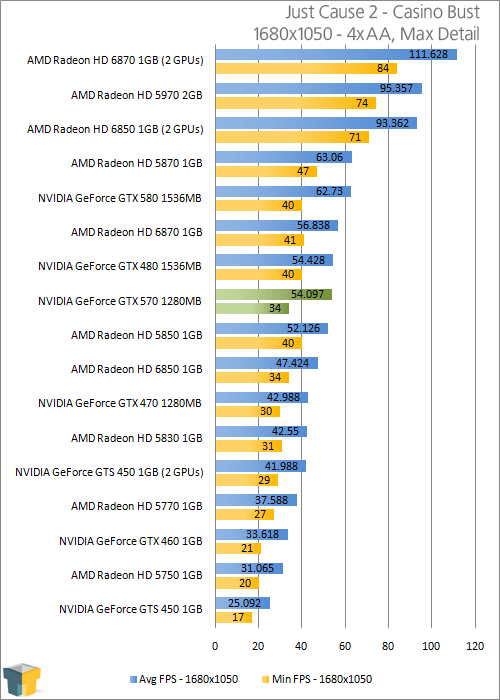 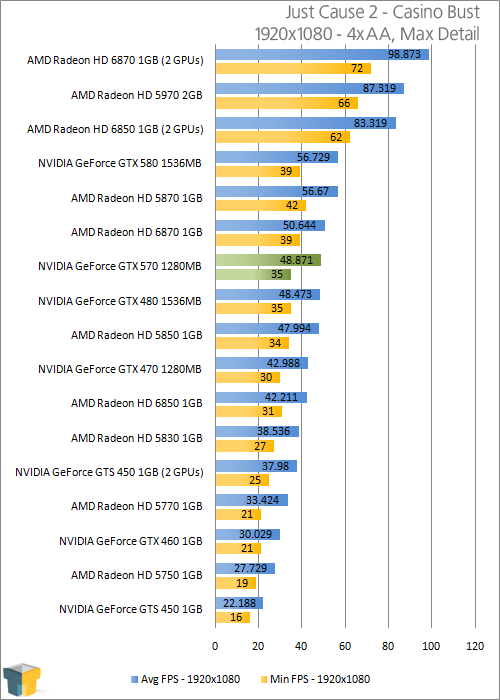 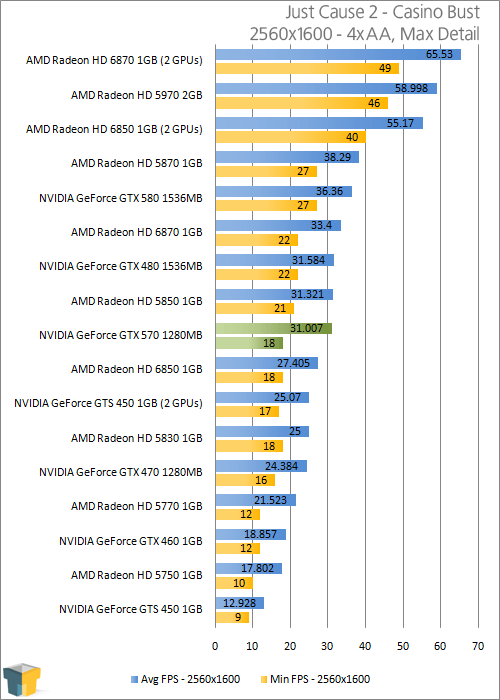 AMD has a slight edge with Just Cause 2, and that’s evident in our results here. As a result of that, the GTX 570, which is technically more capable than an HD 5850, churns out the same amount of average FPS. Still, good performance for a card of this pricepoint.

Though 31 FPS might be playable for some, it’s not going to be for many. To achieve playable framerates, we had to drop both the objects and water detail down to high, and then disable both anti-aliasing and SSAO. I had expected to be able to retain SSAO, even at a low setting, no cigar. Disabling it netted us an additional 8 FPS… too high of a number to ignore. That changed helped us reach an average of 46 FPS… much better.