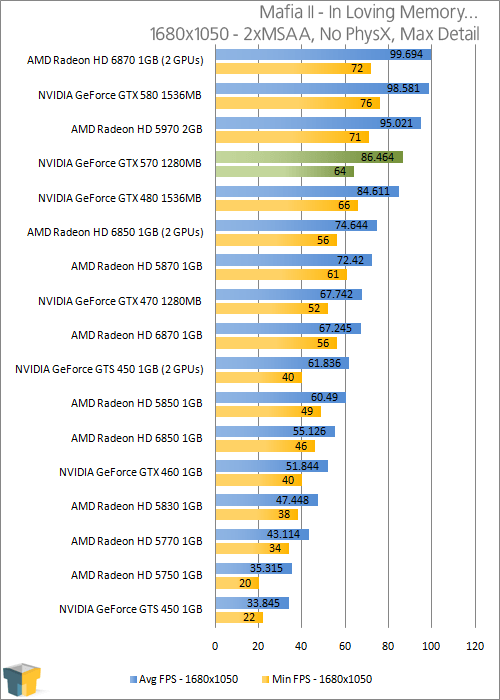 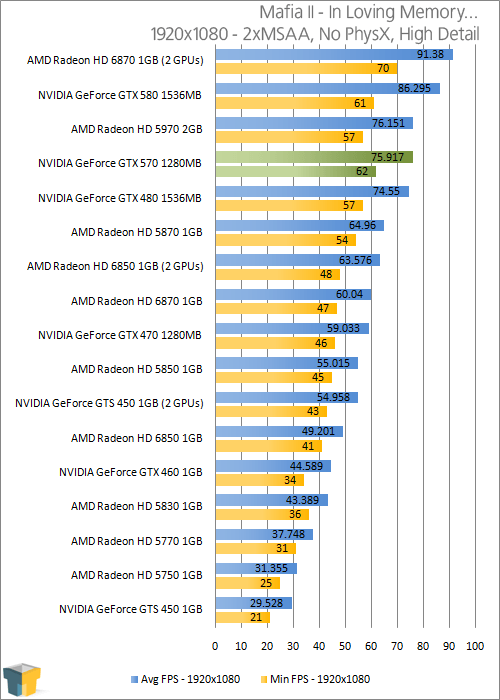 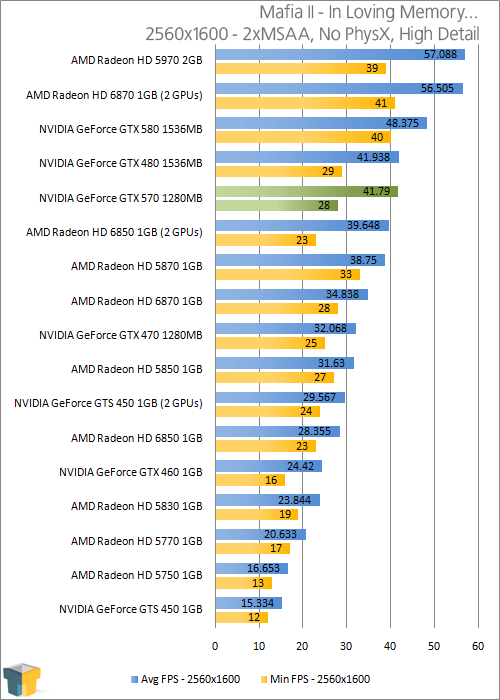 For the most part, 40 FPS is totally playable, but with a card that offers such good performance, we wanted to see if we could reach something much higher, so that performance is never a concern. Because anti-aliasing is almost useless in this game, that can be easily removed for a performance gain, and at the same time, PhysX can be enabled. In the end, we hit about 62 FPS at 2560×1600. That’s easily worth the loss of anti-aliasing that’s not even noticed in the first place.