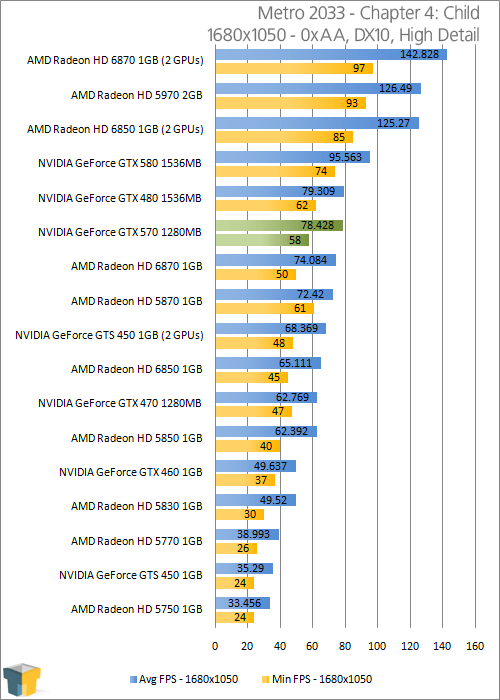 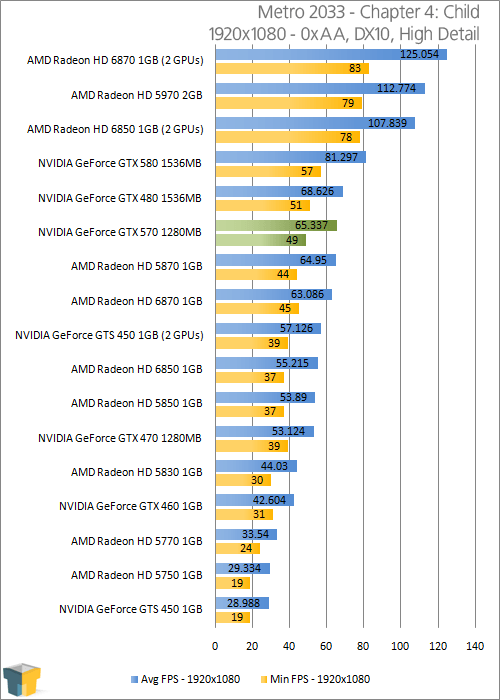 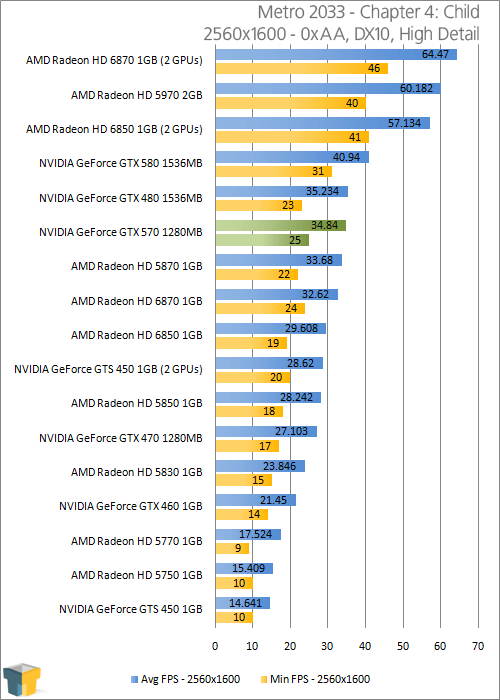 The performance of the GTX 570 is quite good here, with it running head-to-head with the GTX 480, which just a couple of months ago, was far more expensive. It still falls a bit behind the GTX 580, but that’s to be expected.

Like our other high-end parts, we had to decrease the detail level to medium in order to get playable framerates, in this case, 61 FPS.