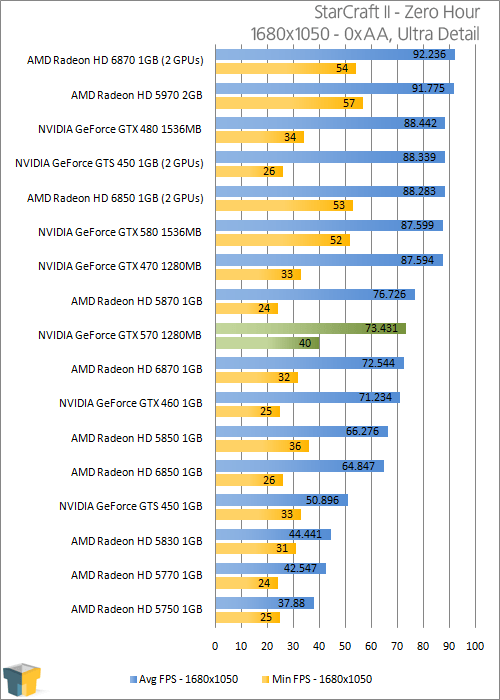 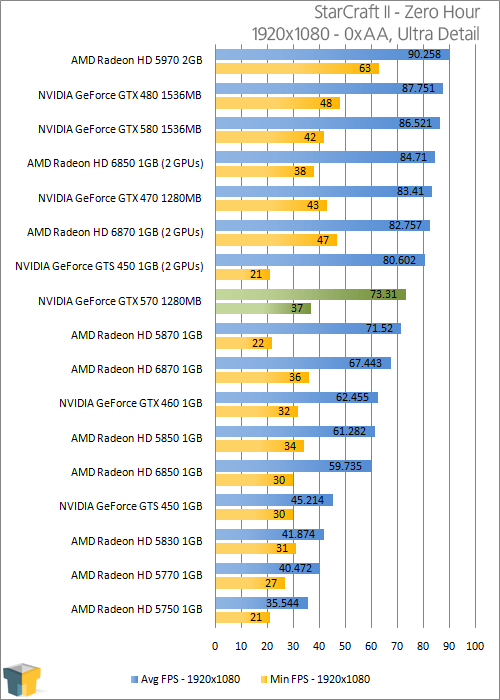 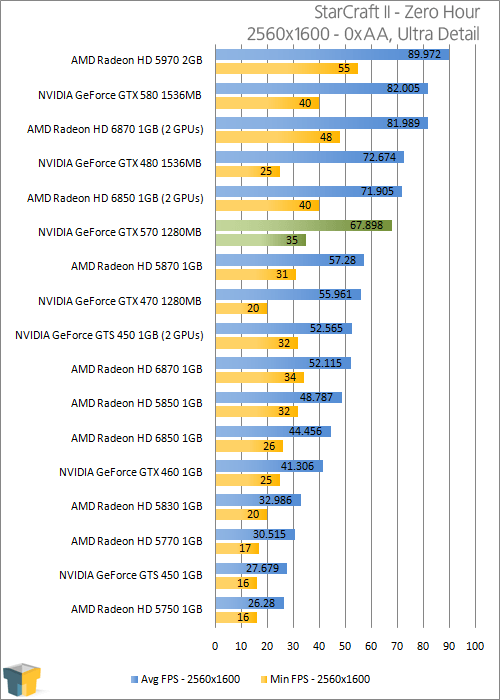 StarCraft II is a good-looking game, but it doesn’t require a powerhouse to run. In fact, at most resolutions, cards like the GTX 570 just can’t be touched.

It goes without saying, on a card like the GTX 570, you can run any settings you please, at any resolution. If only more games were like this!