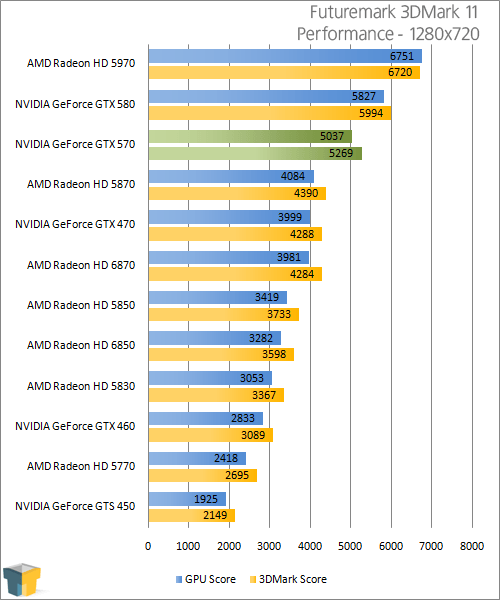 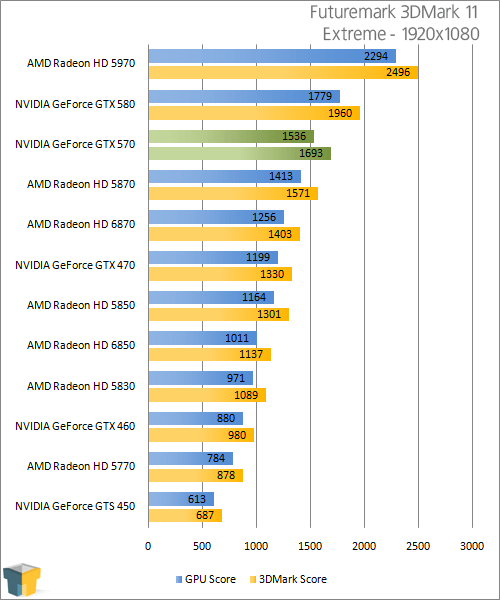 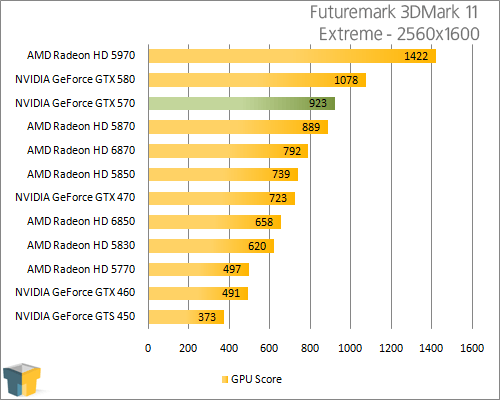 According to 3DMark, the GTX 570 has the raw performance to outpace any of AMD’s single-GPU solutions, and by a reasonable margin at resolutions like 1920×1080.