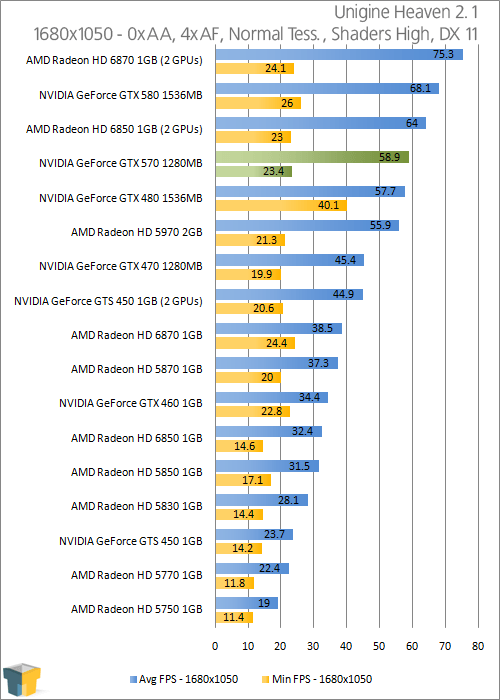 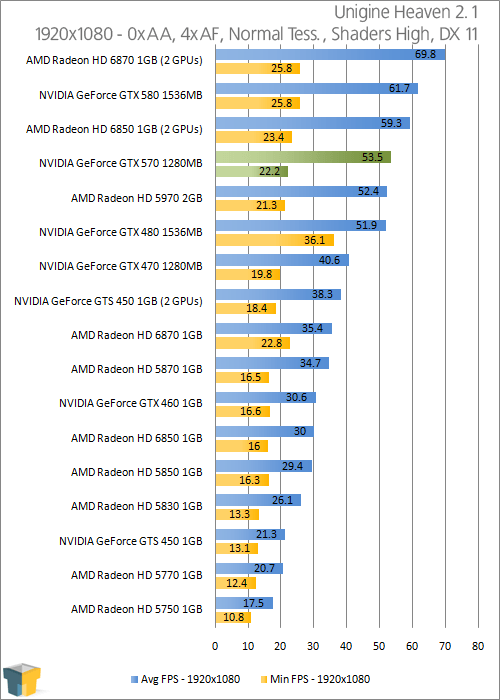 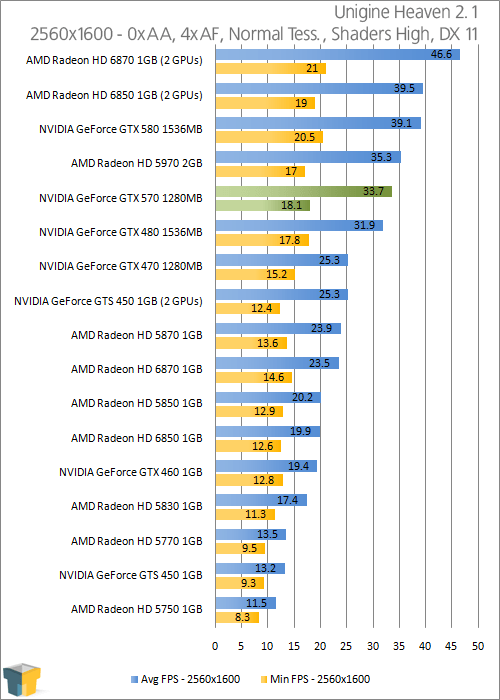 Identical to the results we saw with 3DMark 11, Unigine’s tessellation push still puts the GTX 570 above all single-GPU AMD solutions.