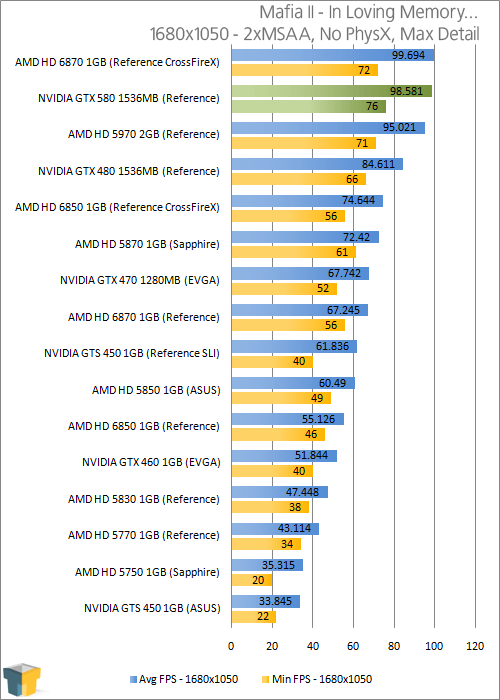 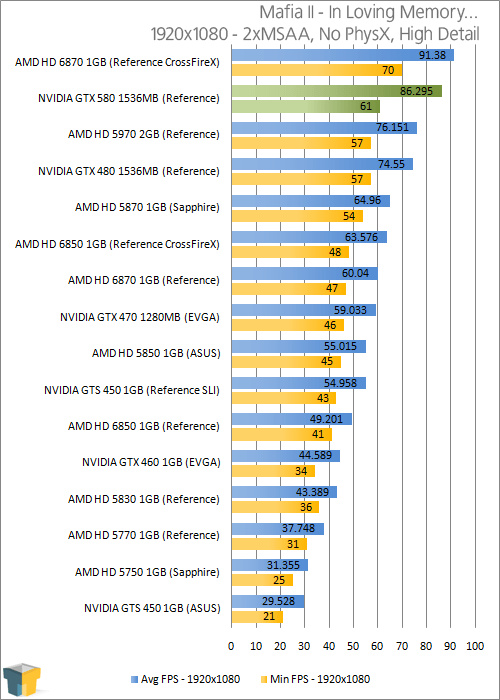 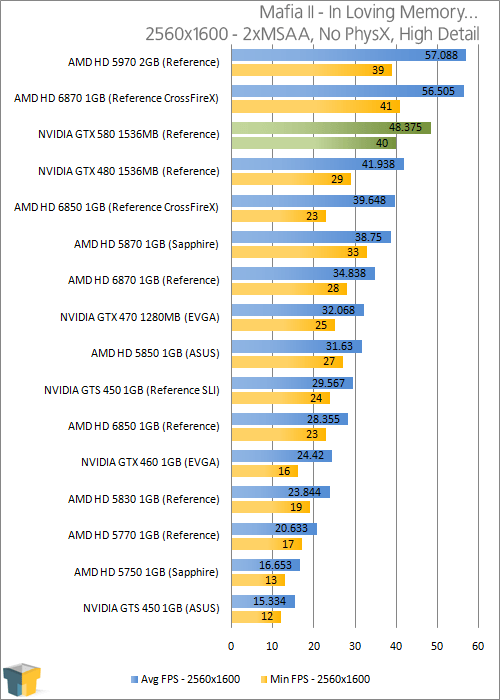 NVIDIA’s GTX 580 struts its stuff here, only being surpassed by AMD’s powerful dual-GPU offerings. The gains compared to the GTX 480 are not quite as high as I’d expect, but are still notable.

The GTX 580 can handle Mafia II at top-end settings, even with anti-aliasing high, so that becomes our best playable. Surprisingly, despite having no PhysX acceleration, the HD 5970 still manages to surpass the performance of NVIDIA’s latest card.