With all of the launches NVIDIA’s done in the past couple of months for Kepler, it was difficult to explore GTX 660 with anything more than minimal enthusiasm. However, from what we’ve seen throughout all of our testing, the GTX 660 is actually quite an impressive card, and possibly one of the most important to NVIDIA’s entire 600 series line-up.

The reason for that boils down to the affordable price-point, and the performance it delivers. A $229 card that can handle a graphically gorgeous game like Battlefield 3 at Ultra detail at 1080p? Do I really need to explain why that’s awesome?

Unfortunately, we didn’t have a GPU that was directly comparable to this one, so there’s really no apples to apples comparison. AMD’s Radeon HD 7850 comes closest, at about $200. In that match-up, we saw the GTX 660 consistently perform better than the HD 7850, with the lowest gains being seen in the heavily AMD-favored DiRT: Showdown. Performance increases of 10-20% were not uncommon. In the also AMD-favored SHOGUN 2, the GTX 660 averaged 50% faster. 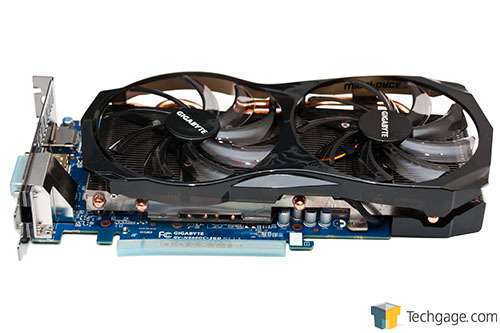 Of course, I’d be remiss not to mention that our GTX 660 sample was overclocked, but even without the 7% core clock boost, the card is still substantially faster than the HD 7850 in most tests (if not for the clock boost, AMD would have likely matched NVIDIA in DiRT: Showdown).

That said, this launch won’t really affect AMD too much, although we may see another price-drop for the HD 7870 to align better against the GTX 660. With the holiday season right around the corner, we may see more price drops in the months ahead from both vendors.

Before deciding on a GPU, however, there’s something else to bear in mind: free games. At the moment, AMD is holding a huge promotion giving away the fantastic Sleeping Dogs (which we reviewed here) for free with a purchase of mainstream and higher cards, while NVIDIA is bundling Borderlands 2 with the GTX 660 Ti.

If you went the AMD route, you could pick up an HD 7850 for about $200, and then the bundle would be worth $250. On the NVIDIA side, if you are to purchase Borderlands 2 anyway, it’d make more sense at this point to splurge on the GTX 660 Ti, which retails for $300. It’s a $70 premium over the non-Ti version, but with your $60 game taken care of, it means you’ll really only be paying $10 for that good performance bump.