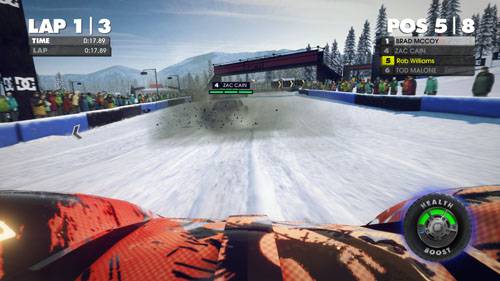 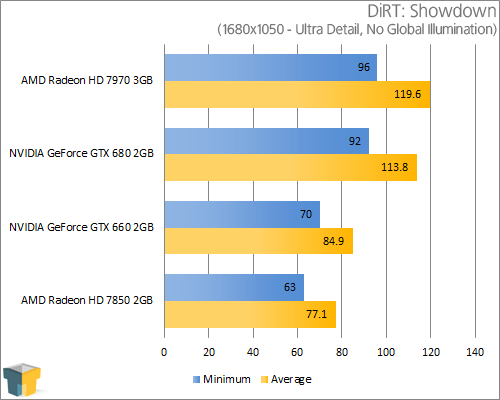 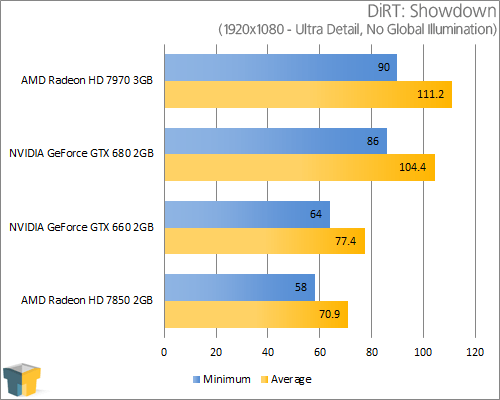 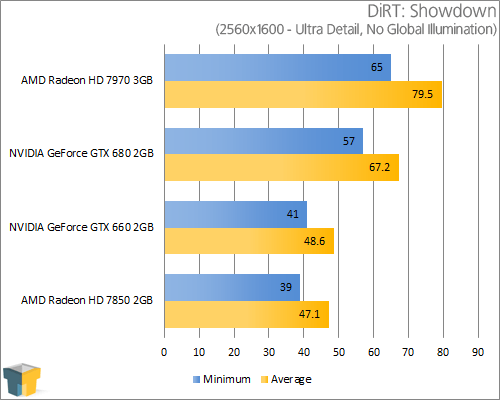 Whereas Battlefield 3 wasn’t too great at 2560 on the GTX 660, DiRT: Showdown is another story. All the way up to max detail, the game handled like a dream, dipping to a minimum of 41 FPS on one of the most graphically-intensive tracks in the entire game. Though not a perfect comparison, as 1440×900 x 3 monitors require the rendering of a similar number of pixels as 2560×1600, this game on multi-monitor with this GPU should be more than doable. At best, you might have to drop anti-aliasing, but that’s a small price to pay.