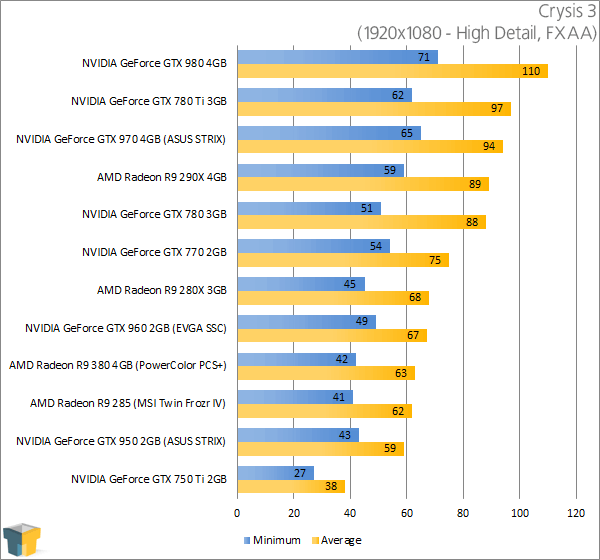 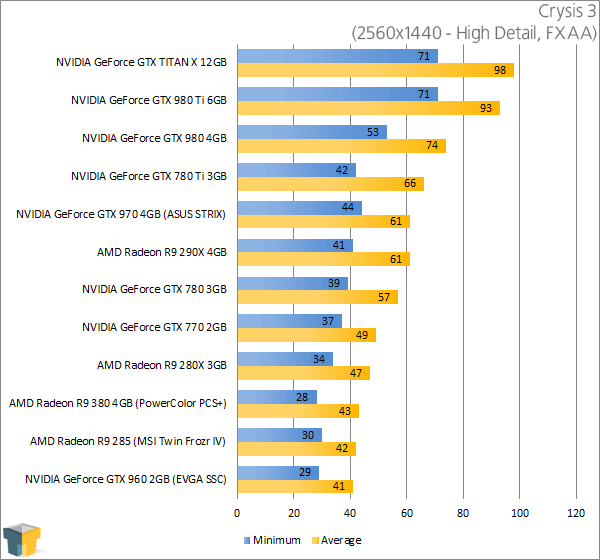 Can PowerColor’s PCS+ run Crysis 3? It sure can – even at 1440p if select settings are dropped a bit. At 1080p, the game hit 63 FPS on average, and while the game’s top-end “Very High” settings were not used, the game at High is still gorgeous even two years later. Every time I benchmark this game I feel like going back through it to explore the awesome environments! 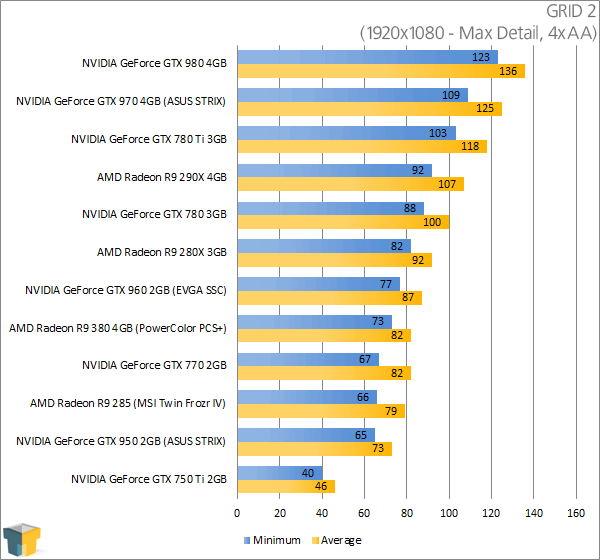 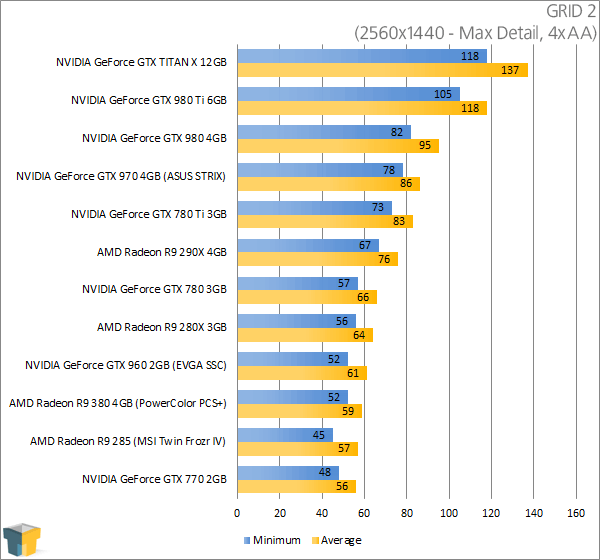 The PCS+ card couldn’t quite hit 60 FPS at 1440p, but I am not going to fault it for falling short a single frame. For the ultimate in fluidity in this game, ambient occlusion should be disabled. The differences are minute (only truly noticeable when you flick between it on and off), and the performance gains, usually worth it.