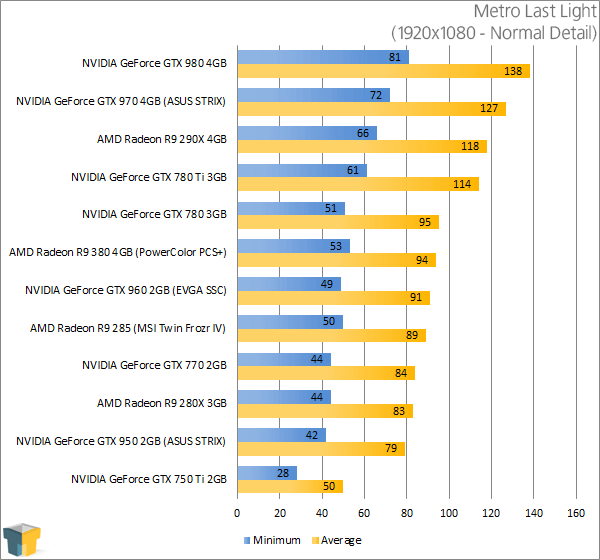 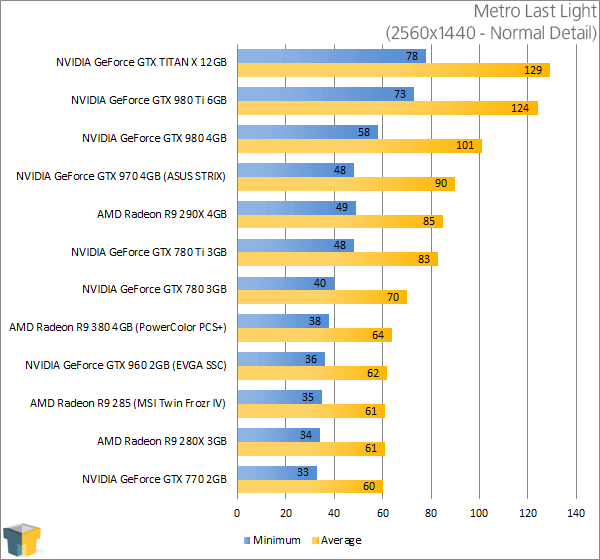 Up to this point, I haven’t highlighted where the R9 380 places alongside the GTX 960. So far, it’s clear that it’s the bigger performer, although there hasn’t quite been a landslide victory yet. Metro Last Light isn’t a good example of that either; at 1440p, the PCS+ card performs 2 FPS better. 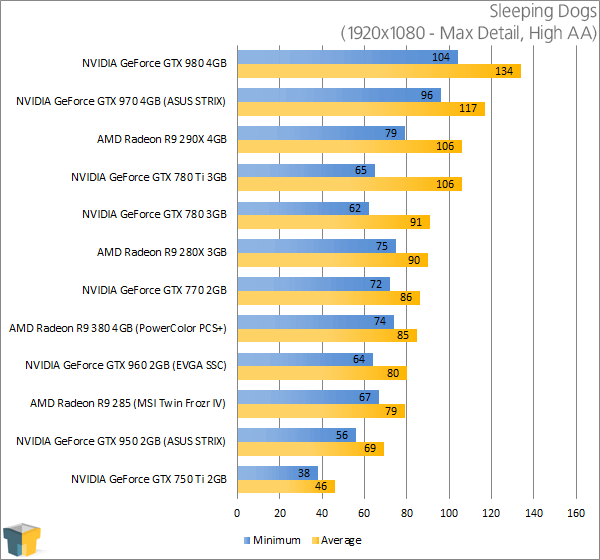 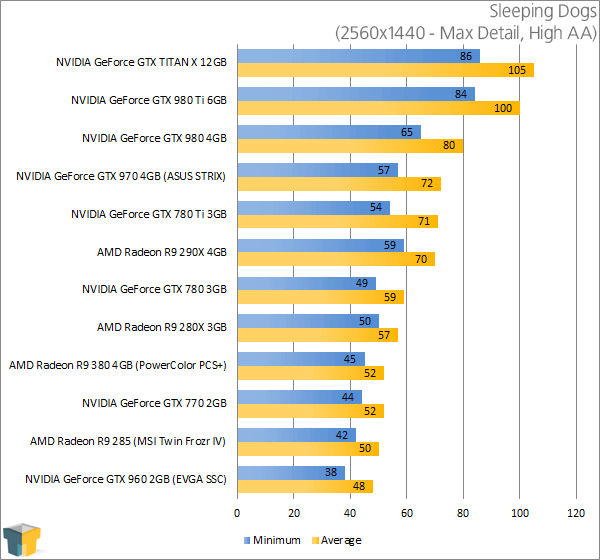 As gorgeous as Sleeping Dogs is, it can run great on today’s modest graphics cards as long as its almost unnoticeable anti-aliasing setting is disabled. That’d help the PCS+ card hit 60 FPS at 1440p and probably closer to 100 FPS at 1080p.